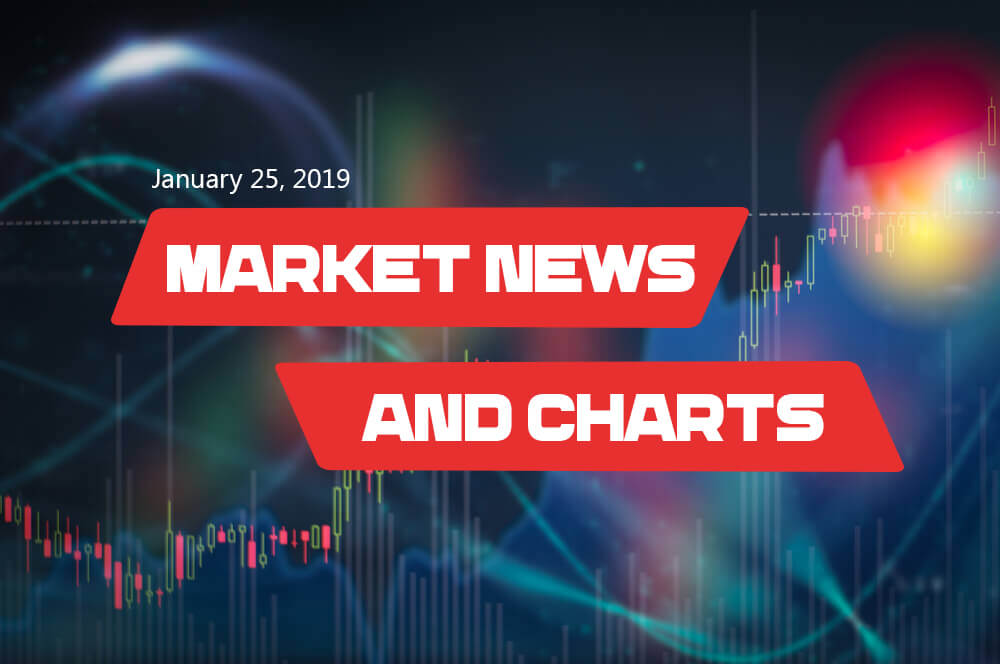 The pair finds support from the resistance line of the “Descending Triangle” formation after it struggled to sustain its breakout from the pattern. International Relations experts warn that the United States and Russia are entering another Cold War, together with China. This month, US President Donald Trump announced that he will withdraw from the 1987 arms control agreement, INF (Intermediate-range Nuclear Forces) Agreement. He accused Russia of not complying with the treaty, and also cites China’s rising nuclear capability, which is not included in the treaty. The United States is also positioning itself in the CEE (Central and Eastern Europe), which some member states are a former Warsaw Pact signatory during the Cold War. The NATO North Atlantic Treaty Organization) are the West, and the Warsaw Pact are the East. Tensions between the two countries escalated to the US-backed Israel and opposition in Syria, and Russian backed Iran and the Syrian government. The Venezuelan crisis became the new battleground for the two countries with the US-backed opposition and Russian backed Maduro government.

The pair was expected to bounce back in the following days as it failed to break out of the resistance line. As the United States isolates itself from the world, Japan had done several measures to make sure that it will be less dependent from the United States. Japan, together with Australia, will lead the ratified CPTPP (Comprehensive and Progressive Trans-Pacific Partnership), which the United States was a former member. The CPTPP was expected to cover 1/3 of the global trade. Japan had also ratified the EU-Japan Free Trade Agreement, which was expected to account for 1/3 of the global GDP. Aside from the economic measures, Japan had also passed a law allowing it’s the government to make a re-interpretation of the Article 9, which prohibits the country from developing military equipment that can be used for war. Rumors are also spreading that Japan is developing its first aircraft carrier since the end of World War II.

The pair saddled on strong support, which signals that it will bounce back in the following days.  As the United States pulled out from major economic and political accords, the world lost a global leader. In light of this, the European Union under the EU’s de facto leader and French President Emmanuel Macron promised to champion the bloc as a global leader. President Macron and German Chancellor Angela Merkel recently renewed their commitment to a stronger European Union. Along with this, the two leaders call for the establishment of a European  Army to make itself less reliant on the US-led NATO (North Atlantic Treaty Organization). This was after US President Donald Trump announced that he will pull out of the INF (Intermediate-Range Nuclear Forces) Treaty, which increases the possibility of another World War. Aside from this, The European Union is also exploring the possibility of making a trade agreement with China, after Trump threatened that he will impose auto tariffs on EU’s car manufacturing industry.

The pair was enclosed in a channel and was expected to go up in the following days after it broke out of the short term downtrend and find itself on the support line. With the rising Nationalism in the bloc, and member states trying to defy the European  Union, German Chancellor Angela Merkel and French President Emmanuel Macron, a former and current EU de facto leader, renewed their commitment in leading the bloc to a “United States” European Union. As part of the EU’s effort to tame countries who have access to the Single Market and Customs Union, the EU imposed several economic measures to pressure those countries. Italy gave up and vowed to revise its budget deficit to an acceptable EU standard. The EU also imposed financial penalties to Hungary and Poland after it passed laws that EU sees as undemocratic. Now, the EU warned Switzerland that it will freeze EU national’s accounts on its trading exchange. The Swiss Trading Exchange failed to comply with the EU’s policies on trading. Switzerland is neither part of the European Union nor the European Economic Area. But, bilateral trading agreement with the European Union allows the country to access EU’s, Single Market. EU nationals account for 25% of the Swiss Exchange’s total value.