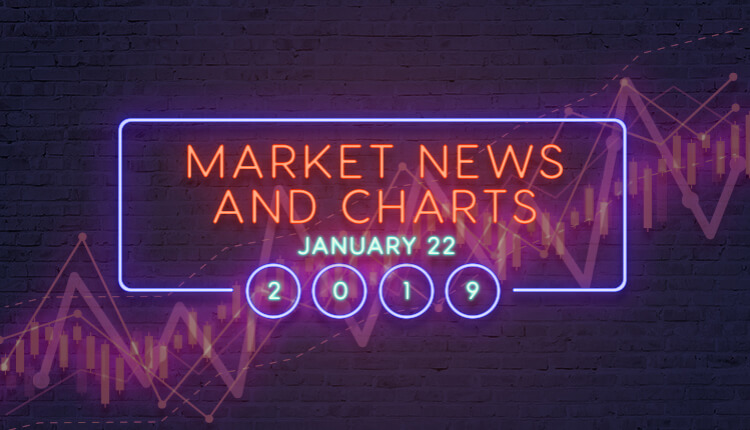 The pair was expected to continue its rally after bouncing back from the support line. The battle for the leadership of the entire European Union already began with the impending 2019 European Parliament election, which will happen on May 23-26. The current de facto leader of the European Union was French President Emmanuel Macron, while the de facto leader of the right-wing was Italian Deputy Prime Minister Matteo Salvini. PM Salvini had discussions with Steve Bannon, who served as White House Chief Strategist in the Trump Administration. He also talked to the right-wing party of other CEE (Central and Eastern Europe) countries, including Denmark, to bolster the support for the creation of an Anti-EU league. However, surveys show that Denmark’s commitment to the European Union was at its record high, with 54%, 67%, and 77%, from 2016, 2017, and 2018, respectively.

The pair was seen consolidating after it broke out of the downtrend channel. The European Union and Turkey will hold a summit in Bucharest, Romania to discuss the accession of the country to the bloc. Turkey was recognized as a candidate for full EU membership on December 12, 1999. With the changing political alliance, Turkey was caught between the European Union, the Middle East, and the United States. Turkey is the gateway for the West (European Union) and the East (Asia) and was a Muslim majority country (Middle East). Turkey is a strategic geopolitical location to penetrate EuroAsia and the Middle East, which is why many superpower countries are trying to get the country’s alliance. However, Turkey was playing too much fire. Its relationship with the United States had been strained after the Trump chose Saudi Arabia’s de facto leader and Crown Prince Mohammed bin Salman over Turkey. It was trying to dominate the Middle East, which is why it decided to join trading blocs, like BRICS (Brazil-Russia-India-China-South Africa) and the European Union. However, as a Muslim majority country, it faced a backlash from far-right European Union members.

The pair was showing strength after it bounced back from the support, which signals that it was in a healthy uptrend, and was expected to retest its previous high in the following days. As the United Kingdom was about to withdraw from the European Union on March 29, countries are trying to take advantage of the post-Brexit UK. Australia was one of the first countries to express its interest in making trading relations with the United Kingdom, and had recently inked a post-Brexit trading agreement, which guarantees a continued trade between the two countries whether the United Kingdom will depart with a deal or a “No Deal Brexit”. It was supposed to be an advantage for Australia, however, with the impending 2019 Australian Federal Election, many investors are skeptical about the future leadership of the country. The incumbent Australian Prime Minister Scott Morrison was expected to lose during the election, which will put the country on the brink of uncertainty.

After breaking out of the downtrend channel, the pair was enclosed in a channel where it began to consolidate but was expected to broke out of it and begin an uptrend channel in the following days. The United Kingdom and Canada recently conducted an informal talk ahead of the departure of the UK from the European Union. Canada holds an FTA (Free Trade Agreement) with the European Union but was along with the countries taking advantage of the current turmoil in the Europe region. However, the current issue between Canada and China was still affecting the country’s economy. Canada arrested Huawei’s No.2 over allegations that the company was being used by the Chinese Communist party, amid pressure from the United States. Canada is the only country among the Five Eyes Intelligence Alliance that didn’t ban the company. However, Telus, which is Canada’s biggest telecommunication network, recently announced that it is partnering with Huawei. The move was expected to defuse the current strain in the relationship between China and Canada.

Learning What and How Short Selling Stocks Works