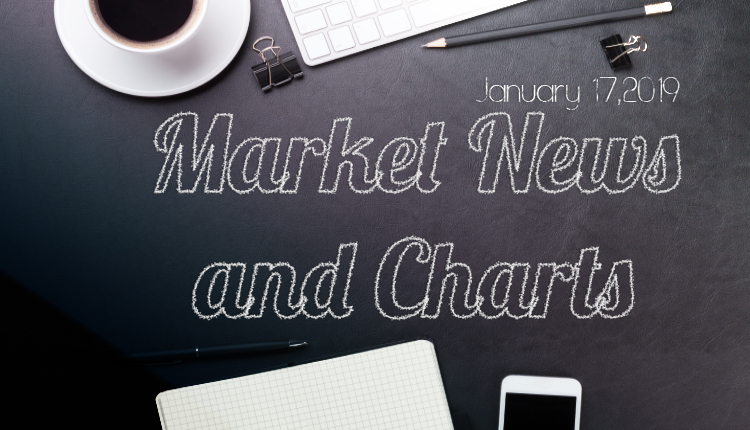 The pair was expected to move higher in the following days and retest its previous high. The conference on February 13 and 14 that the United States will host in Warsaw, Poland, was seen as “hitting two birds in one stone”. Poland recently arrested two (2) people working under the Polish telecommunications industry; a Chinese man employed by the telecommunications giant Huawei, and a Polish national who is reportedly a former counter-intelligence officer. Last month, the United States also warned its allies regarding Huawei’s 5G technology that was said to spy for the Chinese Communist Party. In response, the Five Eyes Intelligence Alliance members, excluding Canada, banned the company is bidding to install 5G equipment in their country. Aside from this, the conference will also tackle peace and security in the Middle East, which typically translate to Iran’s destabilizing influence over the region. The CEE (Central and Eastern Europe) became the competing battleground of the European Union, Russia, China, and the United States.

The pair was seen to continue its rally after it broke down of the uptrend channel and find safety on the support line. After reshuffling the global order using the Trump Administration’s trade war, the United States is now stepping up by pulling out its military troops, which was a key to stabilizing global peace and order. The United States had pulled out its military in Syria after it joined in 2014 to prevent ISIS (Islamic State of Iraq and Syria) from escalating terrorism around the globe. However, pulling out in Syria might mean letting its ally Israel to be on its own to counter Russian backed Iraq. Iraq was fighting the opposition Kurds, which plans to establish a Kurdish State on Iraq and Syria’s territory. Trump was now pivoting to the CEE (Central and Eastern Europe) to help him defeat Iraq. The CEE, which was mostly part of the USSR is becoming an influential group after it decided to counter the European Union and seek help from China, and now the United States wants them to be an ally.

The pair was in a free fall and was expected to continue its decline after it failed to break out of the resistance line. As the United Kingdom faces an impending withdrawal on March 29, CEE’s (Central and Eastern Europe) Poland and the Czech Republic pledged to allow Britons to stay in their country once the United Kingdom crashes out of the European Union. It was said the Brexit will not be the one to break the European Union, but the rising Nationalism in the bloc, with the small group CEE at the heart of Europe’s nationalism. Czeck lawyer and Politician, in a press conference, announced that the European Union’s influence already diminished with Russia and China’s uprising, and the bloc was seen as equivalent to the African Union. The European Union seemed to be having a hard time to tame its member countries like the EU’s de facto leader and French President Emmanuel Macron was distracted with the “Yello Vest” protest in France.

The pair was seen to continue its steep decline after it broke down of the support line. As the United States pulled out from global pacts and accords, its influence was seen diminishing at a fast pace. The African Union now considers China as its friend, more than the United States as China invest heavily in the region to promote its “Belt and Road Initiative”. However, many analysts see the move to burden many African countries with debts. Despite these African Union still, prefer China who has less control with its policies compared to the United States. The bloc was expected to bring stability in the region as it attempts to control the issues concerning its member states. The next African Union summit was scheduled from February 09 to 11. The summit will discuss refugees, returnees, and internally displaced persons in Africa. The Africa Union also proposed to build Wakanda One, a highly advanced country based on Marvel’s Black Panther, which will consist of five (5) African Centres of Excellence in each of the five (5) regions.