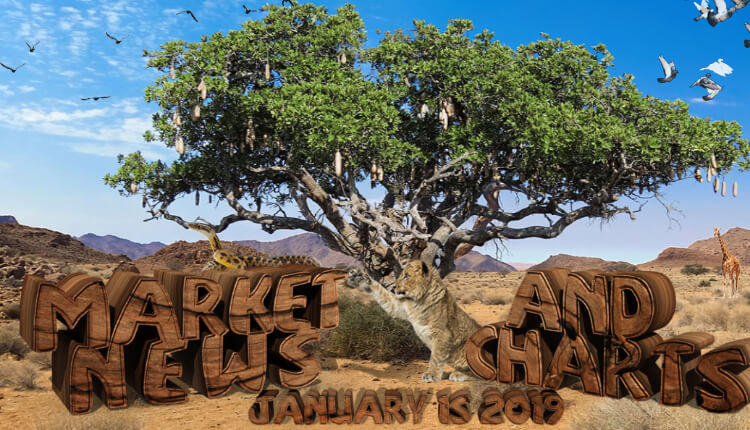 The pair was seen to continue going up in the following days. Turkey is in a desperate position of making allies to fulfill its dream of reclaiming the Ottoman Empire. It first cooperated with the United States with its war with Islamic State militants that fled in Iran and Syria, a former part of the Ottoman Empire. However, the relations of these countries come into an end after Turkey arrested a US Pastor accused of spying in the Turkish government. The relation became better after a Saudi citizen journalist was killed in a Saudi consulate in Turkey, which strained the relationship of the United States and Saudi Arabia. However, Trump chose the kingdom over Turkey, which prompts Turkey to pivot to the European Union. Turkey’s negotiation to become a member of the European Union started on October 03, 2005. However, the European Union doubts Turkey’s reason for joining the bloc. It later announced that it wants to become a member of the BRICS (Brazil-Russia-India-China-South Africa), an association of five emerging national economies.

The pair was expected to have a significant drop today, January 15, 2019. The United Kingdom’s Parliament was set to vote on the deal negotiated by UK Prime Minister Theresa May with the European Union. However, it was expected that the deal would be turned by the Members of the Parliament, with the argument that the deal was not what Britons had voted for. PM May was not able to get the political backbone that the MPs want to assure that the United Kingdom’s international relations will not be affected by the backdrop f the UK still being in the Single Currency Market and Customs Union. Australia, on the other hand, was prepared for any scenario after it reassured that that country will seek bilateral trade negotiations with the United Kingdom once it officially withdraws from the bloc on March 29, 2019. The divorce deal was expected to cost the United Kingdom an amount of $10 Billion.

The pair was seen to continue its rally within the channel despite the UK Parliament’s ruling over the Brexit deal. The United Kingdom will face an uncertain time today as Members of the Parliament will cast a vote that will determine the future of the Kingdom. However, reports show that the current turmoil was only temporary as the United Kingdom was set to become the biggest economy in the Europe region by 2023. The reports include the possibility of secession of Scotland and Northern Ireland, and whether the deal will be approved or not. The relationship between Canada and China will enter its lowest after a Canadian charged of being involved in organized international drug trafficking, a crime whose maximum sentence is execution. Canada was the only country among the Five Eyes Intelligence Alliance that didn’t ban Chinese technology company Huawei over security concerns.

The pair was expected to bounce back with the weakening candles. The recent data shows that Chinese export was at its lowest in two (2) years after the trade war bites. Also, Chinese investments with the European Union and the United States dropped sharply as China seeks to control flows of capital and advanced economies grow wary of China’s economic influence. In 2018, China invested $30 Billion in the United States, Canada, and Europe, down from $110 Billion in 2017 and $94 Billion in 2016. Yesterday, January 14, Trump tweeted that he predicts that the United States and China will finally reach a deal. The two countries agreed the need to eliminate countries possessing elements needed to create nuclear warheads, particularly Nigeria. Kaduna region in Nigeria was believed to possess highly enriched uranium that will be vulnerable to terrorist attacks to obtain the chemical.

Bitcoin, Ethereum, Doge Forecast: Return to the Bullish Side