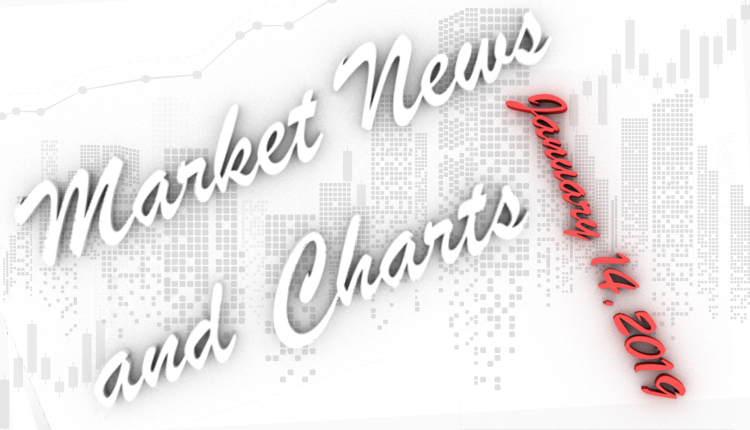 The pair was expected to retest its previous low after failing to break out out the downtrend. Japan was extending its influence over the European region with its ratification of the EU-Japan Free Trade Deal. The pact was expected to account for 1/3 of the Global GDP. Aside from that, Japan was trying to lure with the United Kingdom to enter on a bilateral free trade agreement once it officially withdraws in the European Union on March 29, 2019. The United Kingdom Parliament was set to vote on the Brexit deal negotiated by Prime Minister Theresa May tomorrow, January 15, but was widely expected to be turned down by MP’s, which will result in a “No Deal Brexit”. Aside from free trade agreements in Europe, Japan will also lead the ratified CPTPP (Comprehensive and Progressive Trans-Pacific Partnership), together with Australia, and will take effect on March 01, 2019. EU-Japan Free Trade Deal will take effect on February 01, 2019.

The pair was seen to move higher in the following days and break out of the resistance line. Despite the 90-day truce in the trade war between the United States and China, the two countries were still engaged in a fight over the Chinese technology company Huawei, after it was accused of spying and hacking government agencies using its 5G technology. Canada was the only country among the Five Eyes Intelligence Alliance that didn’t ban the company. However, Canada arrested Huawei’ Global Chief Finance Office Sabrina Meng amid pressure from the United States. Canada and New Zealand were warned by China over its action, but only Canada received retaliation. China detained 13 Canadian nationals since the arrest of Sabrina Meng. New Zealand was extending its influence in the Asia Pacific after the trade war reshuffled the global order of dominance.

The pair was expected to continue its decline after failing to break out of the resistance line. As Canada was losing its limelight in engaging with free trade agreements, it was increasing its diplomatic presence after Canadian Prime Minister Justin Trudeau raps Japanese Prime Minister Shinzo Abe over its plan to pull out of the International Whaling Commission. The IWC was founded in 1986 and was a global body charged with the conservation of whales and the management of whaling. Aside from that, Canada also took fleeing Saudi woman detained in Thailand after transitioning from her Kuwait to Australia flight in Bangkok airport. Rahaf Mohammed Mutlaq al-Qunun was seeking to be an asylum in Australia after being threatened to kill by her family but was immediately offered an asylum status in Canada. Canada was looking to add 100,000 immigrants as new Canadian citizens.

The pair was seen to retest its previous low in the following days. Australia was increasing its global role other than being a regional power in the Asia Pacific. This was after Australia announced that it could engage in a Free Trade Agreement with the United Kingdom whether the deal negotiated by UK Prime Minister Theresa May with the European Union will be passed by the UK Parliament or there will be a “No deal Brexit”. Australia has a standing Free Trade Agreement with the European Union but was trying to take advantage of the fifth largest economy in the world, the United Kingdom. The withdrawal of the UK from the European Union also paved way for the increasing call on integrating the CANZUK (Canada-Australia-New Zealand-United Kingdom). The European Union on the other hand recently ratified its trading agreement with Japan. The EU-Japan agreement was expected to account for 1/3 of the Global GDP.