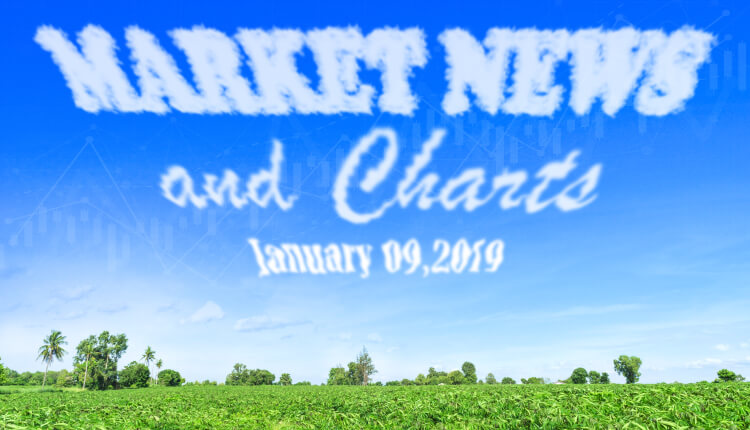 The pair was seen consolidating and was expected to reverse in the following days. As the United Kingdom’s departure from the European Union was looming, New Zealand seems to be taking advantage of the current crisis by reopening its Irish embassy, and was the first country to express its willingness in making bilateral trade negotiations with the United Kingdom once it officially withdraws from the EU on March 29, 2019. The divorce of the UK from the European Union was also seen to integrate the CANZUK (Canada-Australia-New Zealand-United Kingdom), which was four (4) of the five (5) members of the Five Eyes Intelligence Alliance. The analyst expects that by 2030, the world’s five largest economies will come from four (4) Asian country and one (1) European country. In 2023, the United Kingdom was expected to surpass France’s economy despite the Brexit and secession talks of Scotland and Northern Ireland.

The pair was expected to continue going up in the following days. As Turkey tries to play its relationship with the United States, the European Union, and the Middle East, it now finds itself in a situation where it needs to take sides. Turkey is in an important geopolitical region as it borders the East and the West. Turkey joined the civil war in Syria as it tries to increase its role in the Middle East on the war-torn Iran and Iraq, which was predominantly dominated by Saudi Arabia. The United States joins the civil war after the Islamic States militants transferred to Syria. The relationship between Turkey and the United States was strained after a US pastor was detained after being accused of spying the Turkish government. The relationship improved after a Saudi Arabian citizen and US journalist was killed in a Saudi consulate, asking US President Trump to sanction the Kingdom. But the US-Saudi relationship prevails, prompting Turkish President Erdogan to pivot to the European Union by speeding up the process its accession to the EU, but was now being questioned over its intention of joining the bloc.

The pair was seen to continue sliding down after efforts to push the pair upwards failed. New Zealand was now going out of Australia’s shadows as it tries to expand its role in tackling global issues. New Zealand was one of the ratifiers of the CPTPP (Comprehensive and Progressive Trans-Pacific Partnership) which was expected to take effect on March 01, 2019. It was also the first country to make bilateral trade negotiations with the United Kingdom, which was to take effect once the UK officially withdraws from the European Union on March 29, 2019. New Zealand has also a standing free trade agreement with the EU. Aside from these, New Zealand was increasing is competitiveness by competing with Japanese farmers in its plan to become one of the major exporting countries in the world. In terms of military, it was not cooperating with Australia, Japan, Canada, the United Kingdom, and the United States to integrate their military capability and defy China in the South China Sea.

The pair was expected to reverse and continue its downtrend movement after hitting a major resistance line. Australian government revealed its plans to strengthen the country’s current immigration rules by deporting more Kiwis even if they haven’t set foot in New Zealand since early childhood. Australia together with the United States was not present during the United Nation’s Global Compact for Migration. This move was expected to further draw a line between Australia and New Zealand, with the former being known as Australia’s shadow. New Zealand in the recent months has been increasing its presence in its attempt to take advantage of the global issues and reshuffling of the global order of dominance. New Zealand was a ratifier of the CPTPP (Comprehensive and Progressive Trans-Pacific Partnership), which was expected to account for about 1/3 of the Global GDP, and has maintained a good relationship with the European Union’s trading bloc, which also comprises 1/3 of the Global GDP, while expressing its interest in making bilateral trade agreement with the United Kingdom.