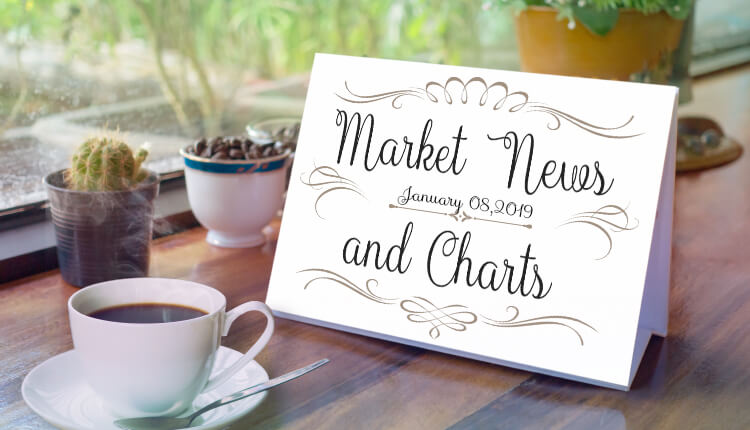 The pair found relief on the support line after being sold heavily in the past few days. The world economy, particularly the American economy, was expected to grow slower in the next few years. The reason for this was due to Trump’s US isolation. The United States is the largest economy in the world, with China being the second. The trade war between the two countries had escalated and affected emerging economies. One good thing that the trade war brought was the reshuffling of global order. In the past few months, New Zealand was seen taking advantage of the global issue to position itself as a world power. New Zealand was one of the ratifiers of the CPTPP (Comprehensive and Progressive Trans-Pacific Partnership), which the United States was a previous member. The trading bloc was expected to account for 1/3 of the Global GDP. It was also the first country to express its willingness in making trading relations with the United Kingdom once it officially withdraws from the European Union on March 29, 2019.

The pair was expected to go up in the following days to retest a major resistance line. New Zealand and Canada were both members of the Five Eyes Intelligence Alliance, together with Australia, the United Kingdom, and the United States. The two countries received threats from China over the possibility of these countries in banning Chinese technology company Huawei. New Zealand banned the company, while Canada arrested Huawei’s No. 2, Sabrina Meng, due to Washington’s pressure. Canada retaliated by arresting thirteen (13) Canadian nationals in China. New Zealand maintained its trading relationship with China as it considers the country as its major trading partner. Canada, on the other hand, was caught between China and the United States. Last December, Trump threatened that he will withdraw from the “current” NAFTA (North American Free Trade Agreement). Canada considers the United States as its major trading partner.

The pair was expected to continue its rally and retest its previous highs. During the 1997 handover of Hong Kong to China by the British Empire, Hong Kong was seen to be the biggest contributor to China’s economy, which accounts for nearly 40% of the economy. But with the rise of China, and its cities (Shanghai-Beijing-Guangzhou-Shenzen-Tianjin), Hong Kong was now seen as just another Chinese city. With the further integration of Hong Kong to mainland China, the SAR (Special Administrative Region) was losing its autonomy over the policies being implemented in its country. This also makes the country susceptible to the recent trade war between the United States and China, wherein the US slapped 10% increased tariffs on $250 Billion worth of Chinese exports to the United States. China and the United States are currently in a 90-day trade truce, which was expected to last until February 28, 2019.

The pair was expected to go up in the following days after it broke out of the resistance line, and was now sitting on the uptrend channel’s support line. A far-right party in the European Union, Alternative for Germany (AfD), was committed to delivering “Dexit”, or Denmark leaving the European Union unless the EU can undertake its “fundamental reform approaches” in the next legislative period between 2019-2024. One of its proposed reforms would see the European Parliament and 751 MEPs effectively scrapped in favor of a European Assembly of just 100 delegates. AfD is also considering to drop the euro as the EU’s single currency. AfD is the biggest right-wing group in the European Union. However, recent data shows that the support of Denmark’s EU membership is at historically high levels domestically prior to the European Parliament elections in May 2019.