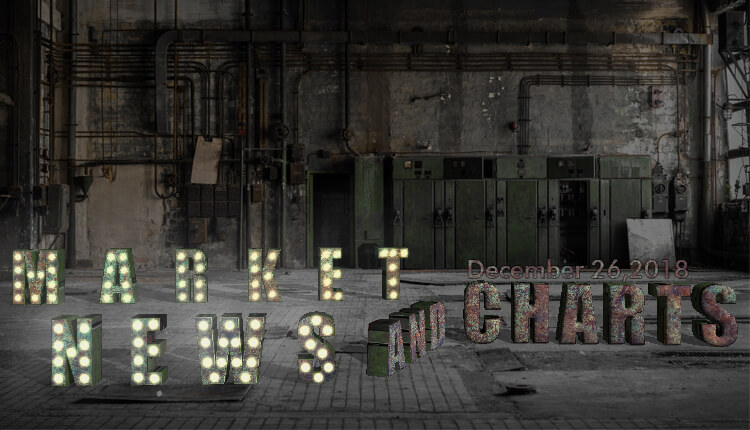 The pair was expected to break out of the uptrend channel’s resistance line. The trade war between the United States and China had escalated from economics to politics. But one country stands out as the most affected in this trade war, Canada. On September 30, 2018, it was announced that the NAFTA will be replaced with the USMCA (United States–Mexico–Canada) Agreement. The USMCA is the result of the renegotiation of NAFTA that the member states undertook from 2017 to 2018. The ratified agreement was seen to be a disadvantage for Canada. This prompted the country to seek bilateral trade negotiations with China. However, during the truce on the trade war last December 01, 2018, which was agreed during the sideline meeting between US President Donald Trump and Chinese President Xi Jinping at the G20 Leaders Summit in Buenos Aires, Argentina, Canada had arrested Huawei’s No.2 due to United States, and remaining member of the Five Eyes Intelligence Alliance’s pressure to ban the Chinese technology company due to security concern.

The pair was seen to bounce back from the support line and to retest the channel’s resistance line. A bipartisan group of House lawmakers is reaching out to Australia to reassure the US ally following the announced resignation of Defense Secretary James Mattis. The congressional group cited Mattis’s resignation letter, which stated the United States, while an “indispensable nation in the free world,” can’t protect its interests without alliances with countries with common goals and values. Analysts expected that Secretary Mattis resignation was due to President Donald Trump’s snap decision to abandon the Middle East to the Russians and the Iranians. Secretary Mattis tried to explain to Trump how U.S. alliance commitments are designed to prevent World War III, only to find, as Mattis is quoted as saying, that Trump has the intellectual capacity of a grade-schooler.

The pair will continue to go up after a healthy pullback. France, with French President Emmanuel Macron as EU’ de facto leader, will overtake the United Kingdom to become the world’s sixth biggest economy next year as the impact of Brexit bites. However, the CEBR’s (Centre for Economics and Business Research) World Economic League Table report says post-Brexit Britain will return to the sixth spot by 2020 – a position it is expected to retain through to 2033. The forecast also suggests that even if Britain’s departure from the European Union leads to the secession of Scotland and Northern Ireland, the rest of the UK is forecast to be a larger economy than France by 2026. Even though Brexit will be disruptive in the short term, its long-term is unlikely to do much damage to the UK economy and might, on some assumptions, boost it. France is expected to grow more slowly than post-Brexit Britain as it has not really come to terms with reducing its bloated public sector and resulting high taxes.

The pair was expected to continue its rally and retest the resistance line. A major trade deal opening up European markets to Australian exporters will be accelerated in the coming months. Negotiations on the free-trade agreement are already underway, but Prime Minister Scott Morrison secured support from the European Union to speed up the process. Australia and the EU have been pursuing trade deals around the world, in part to fight against rising protectionism out of the United States and China. Prime Minister Scott Morrison described the EU agreement as the “next premier league deal” after similar deals were done with China, Japan, and South Korea. However, Australia’s plan to be a dominant player on the global stage might be derailed with the impending Australian Federal Election which might start on or before May 18, 2019, on which PM Morrison was expected to lose.