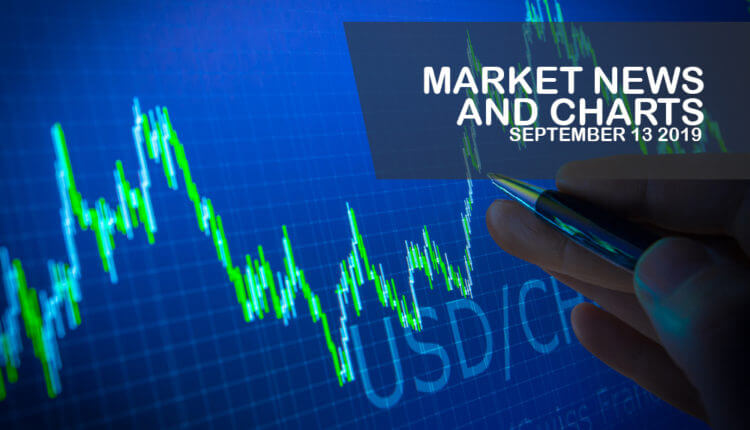 The pair is expected to continue to move lower in the following days towards a major support line. Stocks in Europe and Asia are rising after the United States and China tool small steps toward cooling trade tension between the two (2) largest economies in the world. China announced on Wednesday that it would waive tariffs on some U.S. goods. U.S. President Donald Trump followed with plans of his own to push back new tariffs on Chines goods by two (2) weeks. Chinese companies are also looking into the cost of buying U.S. agricultural products, including major imports like soybean and pork. Trump declared the delay on Chinese goods as a sign of goodwill toward China. He also said that an increase tariffs from 25%-30% on $250 billion worth of goods will be pushed from October 01 to October 15 to commemorate the 70th anniversary of the People’s Republic of China (PRC).

The pair is seen to bounce back from a major support line, sending the pair higher towards a major resistance line. The United States imposed another sanction that targets Turkey-based financiers of Islamist extremist as the two (2) countries relationship gets further complicated regarding the civil war in Syria. U.S. Treasury said that Turkey sent tens of millions of dollars to ISIS, Hamas, and Hezbollah, including funds from Iran’s al-Quds Force, and included a gold-for-cash scheme. In line with this, the U.S. is considering to punished Turkey for its purchase of Russia’s S-400 missile defense system. Earlier, the U.S. had already excluded Turkey from its F-35 fighter jet program. On the other hand, U.S. Secretary of Commerce Wilbur Ross said that it was too early to talk about a free trade agreement (FTA) with Turkey. Turkey is also having problem with the European Union with regards to its undermining of the rule of law.

The pair will continue to move higher in the following days after it found a string support from a major support line. Ireland’s Phil Hogan has been put in charge of EU trade policy, meaning he will negotiate ongoing trade deals with Australia and New Zealand as well as any future deal with post-Brexit United Kingdom. His appointment was led by the upcoming European Commission President Ursula von der Leyen as she ascended to his position on November 01. She will be the 13th president of the commission and will be the first female in EU history. The appointment of Hogan was significant as the island of Ireland is divided between the Republic of Ireland and Northern Ireland. Northern Ireland is a part of the United Kingdom together with England, Wales, and Scotland. This will affect EU’s negotiation with New Zealand who is seeking trade agreements with the UK and EU.

The pair will fail to breakout from a major resistance line, sending the pair lower towards a major support line. Australia deported more than 1,000 New Zealanders following the changes made to the Migration Act of 2014. This move was in response of a more independent New Zealand and following the comments by New Zealand Prime Minister Jacinda Ardern that the country’s decisions will not be influenced neither by the United Kingdom nor the United States. On the other hand, the two (2) countries are pressured from the escalating trade war between the United States and China to cut their benchmark interest rates, which will send their currency to historical lows. However, this was more taken seriously in Australia after a petition presented to the Australian Parliament regarding the failure by the government to address the country’s declining economy.