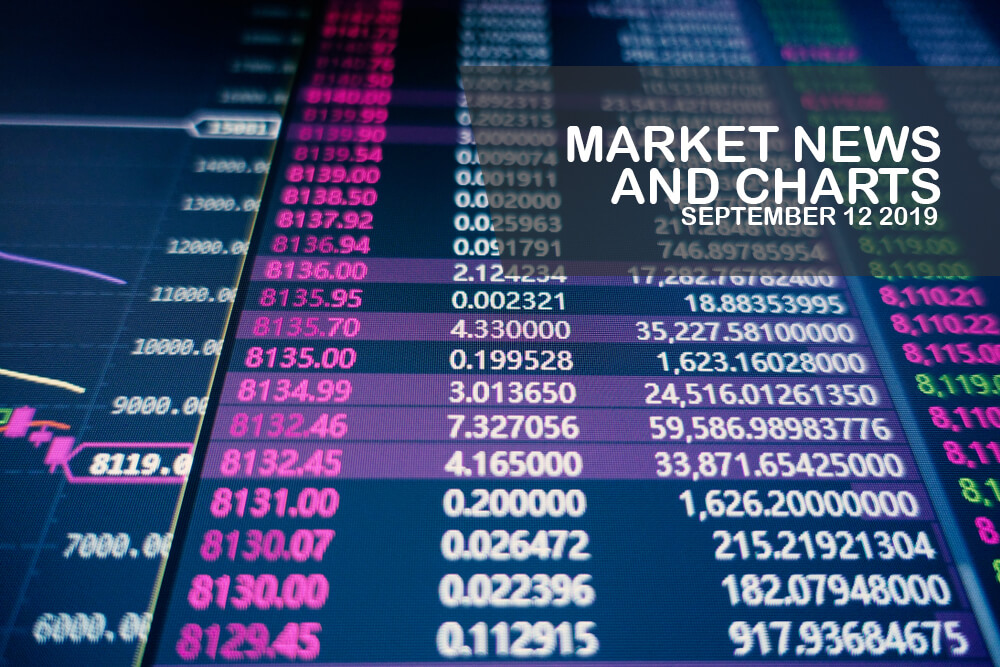 Hey traders! Below are the latest forex chart updates for Thursday’s sessions. Learn from the provided analysis and apply the recommended positions to your next move. Good day and Good Luck! Read more about Market News.

The pair will continue to move higher in the following days to form a “Rising Wedge” pattern. The Scottish court rules out that UK Prime Minister Boris Johnson’s move to suspend the British Parliament is unlawful. Scotland has an independent court and parliament despite being a member of the United Kingdom. This is the last blockade seen for a no-deal Brexit as the British parliament prepares to be suspended, with speaker John Bercow resigning from his position on October 31, the same day that the UK is set to leave the European Union. On the other hand, Australian Prime Minister Scott Morrison is being grilled by the Labor party as the economy suffers during his term. Australia reported that it grew 1.4 percent, its slowest since the Global Financial Crisis in 2008. This can also bring the country back into recession after experiencing one in the past few months, the first recession in almost three (3) decades. Read more about Market News

The pair failed to breakout from a downtrend resistance line, sending the pair lower back to its previous low. On September 05, Bank of Canada (BoC) hold on to its current benchmark interest rate of 1.75% highlighting the countries’ economic resilience amid global economic slowdown and the escalating trade war between the United States and China. The country is also expected to benefit from the favorable tariff rates once the United Kingdom withdraw from the European Union. This strengthen the central bank’s decision to not cut its rates in the following months. In line with this, the Scottish court rules out that suspending the British Parliament is illegal. This highlights the division among the four (4) countries comprising the United Kingdom. Scotland is the only country who voted to remain in the EU. The 2016 British Referendum even triggers cessation of the country from the United Kingdom.

The pair is expected to continue moving higher in the following days and to breakout from its current resistance line to reach its 20-month high. In a surprising move, the European Central Bank (ECB) cut its benchmark interest rates by 10-basis point and launched a sweeping round of economic stimulus. EU’s interest rate currency stood at 0.5% and ECB President Mario Draghi said the central bank will start purchasing €20 billion worth of bonds each month from November. Europe’s economy has struggled amidst losses in demand both from the Brexit and U.S.-China trade war, while quantitative easing was last used in December 2018. This interest rate cut was partly in part of U.S. President Donald Trump’s comment that he wants Federal Reserves to cut rates to negative territory. On the other hand, Danish Central Bank is expected to mirror moves from the ECB and cut its benchmark interest rate.

The pair is expected to further go higher in the following days and to reach its 4-month high. The government of New Zealand Prime Minister Jacinda Ardern is under pressure following a petition calling for change in New Zealand’s economy. Royal Bank of New Zealand (RBNZ) cut its benchmark interest rate in August in response to the escalating trade war between the United States and China. Don Richards, National Spokesperson for Positive Money New Zealand, argued that the country’s economy is approaching a crisis point due to a crippling level of household debt, which is already at 96% of the country’s GDP. Adding to this concern was PM Ardern’s decision not to base the country’s growth to GDP instead to a person’s well-being, which might be criticized as unrealistic for a global economy driven by imports and exports. RBNZ retaliate its willingness to bring its interest rate to negative.