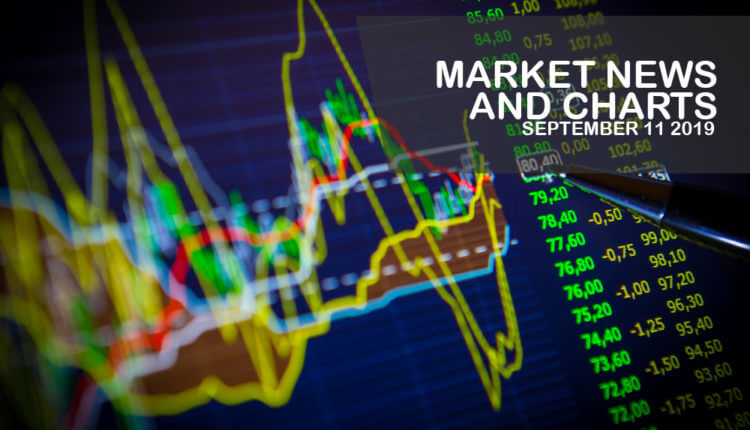 Hey traders! Below are the latest forex chart updates for Wednesday’s sessions. Learn from the provided analysis and apply the recommended positions to your next move. Good day and Good Luck! Read more about Market News.

The pair broke down from a key support line, which will send the pair lower towards a major support line. Singapore was able to dodge a technical recession this quarter as data showed a better third quarter GDP report on the back of rising leisure and business tourism following the civil unrest in Hong Kong. This will give Singapore Dollar a short-term boost as its long-term still looks gloomy. This was after economists slashed the city-state’s 2019 growth forecast as the U.S.-China trade war intensifies. Singapore’s government is expecting a zero percent to one percent growth for 2019. The weaker U.S. Dollar against Singapore Dollar on the other hand, was due to Singapore signing the Convention on Mediation, which makes it the Switzerland of Asia. The United Nations Convention on International Settlement Agreements Resulting from Mediation was signed by 46 countries, including the United States and China. Read more about Market News.

The pair is expected to bounce back from its current support line, which will send the pair higher to retest a major resistance line. On Tuesday, September 10, China-backed leader, Carrie Lam, warned the United States to not interfere with Hong Kong affairs and the government’s response to the on-going protests, after demonstrators called for America to ramped up pressure against China. Millions of people have demonstrated over the last 14 weeks in the biggest challenge to China’s rule of the financial hub since its handover from the United Kingdom in 1997. Chief Executive Carrie Lam said that any change to its economic relationship with the U.S. would threaten the mutual benefits both enjoy. However, today, September 11, football fans booed Chinese anthem during the country’s qualifying game on the World Cup against Iran. President Trump is using the Hong Kong civil unrest to take the upper hand on its trade war with China. Read more about Market News.

The pair failed to breakout from an uptrend resistance line, sending the pair lower towards an uptrend support line. Denmark has been slowly fulfilling its destiny as one (1) of European Union’s economic and political power, together with Germany and France. This was amid the withdrawal of the United Kingdom from the E.U. on October 31. Denmark named the first Technology Ambassador in the world, Casper Klynge, to represent Denmark’s interest before companies such as Apple, Facebook, and Alphabet. This was after Denmark determined that these tech behemoths now have as much power as many Government. In line with this, Margrethe Vestager, the EU competition commissioner who has hit Google with record fines, has been handed a second term with enhanced powers to shape digital policy across the E.U. She was a handpicked of the incoming European Commission president, Ursula von der Leyen. Read more about Market News.

The pair will fail to breakout from a major downtrend resistance line, sending the pair lower toward its previous low. Turkish President Recep Tayyip Erdogan is playing refugees in the Middle East as a card against the European Union. This was after incoming European Commission President Ursula von der Leyen said that Turkey has not made any progress on key conditions that will continue its accession to the biggest trading bloc in the world. Turkey’s accession has been suspended as the country was accused of failing to uphold human rights, the rule of law, and the fight against corruption. Turkey connects the West and the East and is a key geopolitical ally who wants to control the Black Sea. Turkey was now on its planned third drilling in Cyprus for its natural gas to strengthen its position against the EU. Cyprus is divided between the Turkish Republic of Northern Cyprus and the Republic of Cyprus. Read more about Market News.