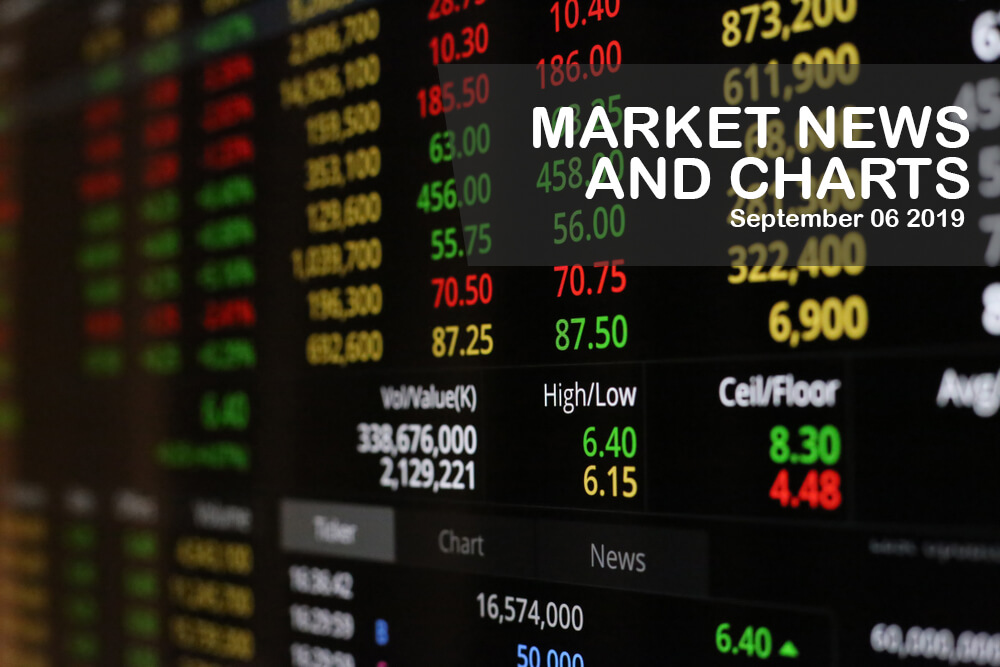 Hey traders! Below are the latest market news, forex chart updates for Friday’s sessions. Learn from the provided analysis and apply the recommended positions to your next move. Good day and Good Luck!

The pair is expected to continue moving higher in the following days after it found a strong support line. The Reserve Bank of Australia (RBA) kept its benchmark interest rate unchanged amid the slowing global economic growth that is pushing central banks to consider a drastic measure of negative interest rate. While the world races towards a negative interest rates, Switzerland was already in the negative territory for four (4) years. Its interest rate currently sits at negative 0.80%, while Australia is at 1.00%. This will give Switzerland fewer options to combat a looming recession in Europe and the United States despite the country having a diversified trading agreement with countries like the European Union, the United States, the United Kingdom (Post-Brexit), and China. Negative interest rates mean that money deposited with a bank can be charged interest instead of earning it.

The pair is seen to continue its rally and to move higher towards a major resistance line. British Prime Minister Boris Johnson is determined to take the United Kingdom out of the European Union after his attempt to gain approval from Queen Elizabeth II to suspend the UK Parliament and to trigger a snap election for him to gain control over his government. However, the Parliament was able to contradict these moves by passing a bill that will prevent a no-deal Brexit and from rejecting PM Johnson’s call for a snap election. The withdrawal of the UK from the bloc will trigger several post-Brexit trade agreements with allies, including the U.S., which is expected to keep the British economy afloat. On the other hand, the UK is still at odds with Japan after the later ratified the EU-Japan Free Trade Deal, which became the largest trading zone in the world and promised that the UK will not negotiate with Japan until the Brexit is over. Read more on Brexit and get updated on market news affecting British pound.

The pair will fail to breakout from a downtrend resistance line, sending the pair lower towards a major support line. Princess Takamado of Japan visited Prince Edward Island in commemoration of the 90th diplomatic relations between Japan and Canada. This event will further bring the two (2) countries together following Japan’s assistance to Canada during times where it was facing difficulties with the United States and China. Japan advised Canada to shift its focus to its economy, paving way for Canada’s increased participation in the pacific-rim trade pact, the CPTPP (Comprehensive and Progressive Trans-Pacific Partnership), led by Japan and Australia. The short-term strength of the Canadian Dollar will be countered by the looming federal election in Canada where Prime Minister Justin Trudeau was seeking a reelection bid. However, this election will be rough for him after being dragged to the SNC-Lavalin case.

The pair will continue its upward movement, which will send the pair higher in the following days. British Prime Minister Boris Johnson remained determine to secure an election after lawmakers rejected his first attempt to trigger a snap election and moved to stop him from taking the United Kingdom out of the European Union without a deal. House of Commons leader Jacob Reese-Mogg told the UK Parliament that a vote would be held on Monday, September 09, on a new motion calling for an election in October. The uncertainty in Europe is normally an advantage for Switzerland being a safe-haven country, but with the determination by the current UK Government suggests that the country had already figured out how to dodge the loss it will incur in case of a no-deal Brexit and the possibility of a recession. This optimism caused the surged in the British Pound and is expected to continue in the following days.