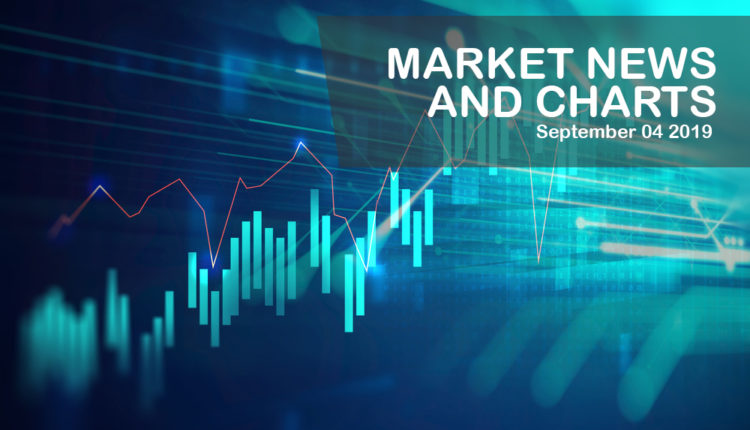 Hey traders! Below are the latest Market News and Charts for Wednesday’s sessions. Learn from the provided analysis and apply the recommended positions to your next move. Good day and Good Luck! Read more about Market News.

The pair failed to breakout from the “Falling Wedge” pattern resistance line, sending the pair lower towards a major support line. Switzerland plans to further strengthen its relationship with the United States after it appointed a new ambassador to the U.S., Jacques Pitteloud. Pitteloud says his priority include keeping the “excellent relationship” between the two (2) countries and negotiating a free trade deal. A few months ago, Switzerland rejected the framework deal by the European Union, which will incorporate its existing bilateral trade agreements with the 28-EU member states but signed a post-Brexit trade agreement with the United Kingdom. Switzerland also became the first European country to sign a trade agreement on Chinese Belt and Road Initiative in the European region. Pitteloud served as a Swiss intelligence coordinator from 2000 to 2006, and a journalist once dubbed him the “Swiss James Bond”.

The pair found a strong support from a major support line, which will send the pair higher toward its previous high. British Prime Minister Boris Johnson is in the midst of a major parliamentary showdown over his bid to take the United Kingdom out of the European Union until October 31, with or without a divorce deal. On their first session after the summer holidays, rebel and opposition MPs voted in favor of seizing control in the parliamentary agenda in order to introduce a bill forcing the prime minister to request another Brexit delay until January 31, 2020 – unless these legislators approve the possible withdrawal agreement, or vote in favor of a so-called no-deal Brexit departure by October 19. PM Johnson has threatened to push for a snap general election if the bill is passed, while his administration had previously warned MPs from his own ruling Conservative Party they would be expelled for defying the government.

The pair is expected to continue its steep decline after it failed to break out from its resistance line. The European Union and Japan are suffering from the escalating trade war between the United States and China. Trump started to wage a trade war against China but had later included its trading allies, Japan and EU-member states – Germany, the United Kingdom, and France – which are also included on the list of largest economies in the world. In line with this, the 28-member states bloc and Japan ratified their free trade agreement to become the largest trading zone in the world. However, only Japan was able to make trading negotiations with their U.S. counterpart to draft a deal that will prevent the U.S. from imposing tariffs to the country. The European Union and the U.S. were still at odds on several issues and is not expected to come up with a trading deal anytime soon.

The pair will continue its upward movement and to breakout from its current resistance line. Bank of Canada (BOC) is seen holding its current interest rates of 1.75% after its robust GDP growth. On the other hand, the decision by U.S. President Donald Trump to ratify the NAFTA (North American Free Trade Agreement) in favor of the United States has been hurting the country back. This was after the Democrats took control of the House of Representative, while Republicans remain in control of the House of Senate, dividing the U.S. Congress and making hard for President Trump to pass his key policies. U.S. House of Representatives Speaker Nancy Pelosi told Canadian Prime Minister Justin Trudeau that Democrats are especially concerned about enforcement of the USMCA (United States, Mexico, Canada) free trade agreement and Mexico’s implementation of labor standards.