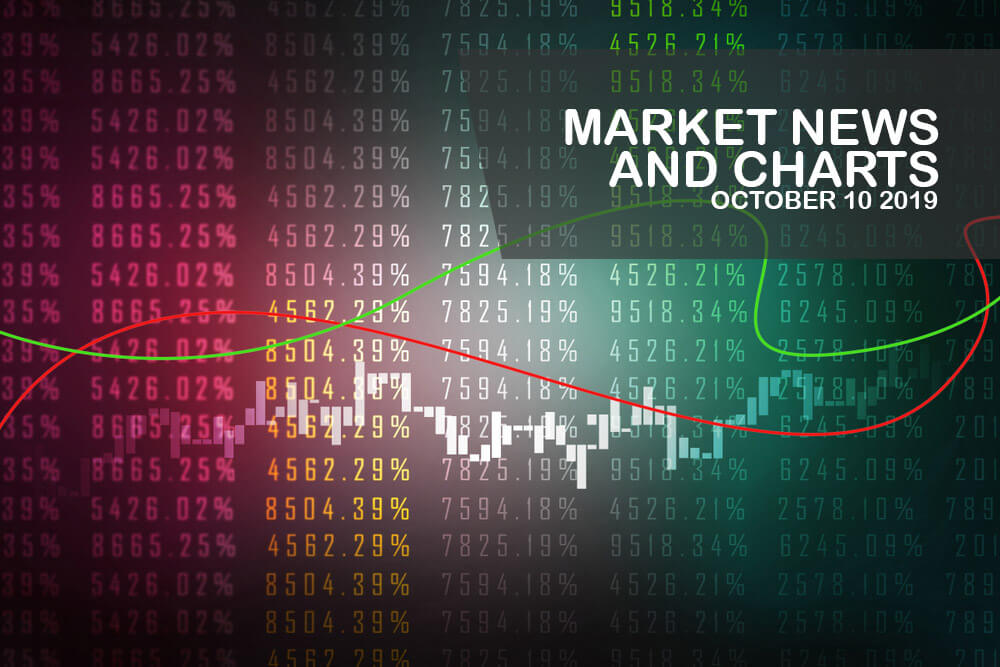 The pair is expected to bounce back from the “Rising Wedge” pattern support line. Switzerland is under pressure with the looming withdrawal of the United Kingdom from the European Union. This was after the country signed a post-Brexit trade agreement with the UK while rejected the framework deal by the EU. The framework deal is supposed to incorporate all the existing Swiss-EU bilateral trade agreement. However, a messy Brexit is expected to caused uncertainty over the post-Brexit signatories. Swiss banks warned the country’s government that it will shift its operations to the European Union in case of a no-deal Brexit. A no-deal Brexit is expected to bring Britain in the brink of recession. Swiss banks will further be attracted to the EU after the bloc remove Switzerland from its tax haven list. This means that the country had properly complied with all the EU requirements.

The pair is expected to start a rally after the accumulation of small candles shows a looming reversal. The European Union and Japan’s relationship was at its high following the ratification of the EU-Japan Free Trade Agreement. The deal created the largest trading zone in the world. The two (2) economies shows no sign of stopping. They recently signed an ambitious deal to build infrastructure and set development standard in joint project around the world. The deal will rival China’s expansive Road and Belt Initiative. However, among these economies, Japan stood the most. The country recently signed another milestone after striking a bilateral trade agreement with the United States. This will end the threats of tariffs to Japan’s car manufacturing industry. However, the European Union was not yet able to reach a deal with the U.S. This can further drag down the already weak EU economy.

The pair is expected to bounce back from the “Rising Wedge” pattern support line. Switzerland abandoned the possibility of the country signing a framework deal with the European Union. This was after the country felt the pressure by the bloc to sign a deal with them. The move by the EU is seen as a response to Switzerland’s signing of post-Brexit trade deal with the United Kingdom. The increase cooperation among non-EU European countries is seen as a threat for the EU. This is through the United Kingdom possibly joining the EFTA (European Free Trade Agreement). With Switzerland abandoning the EU framework deal, pressures mount to the Swiss confederation to convince Britain to prevent “no-deal” Brexit. However, the recent actions by British PM Johnson pointed to the possibility of the UK leaving the bloc without a deal. This will be catastrophic for Switzerland who just abandoned the Swiss-EU treaty deal.

The pair is currently trading in a short-term uptrend support line and is expected to further go up in the following days. Japan benefited from Canada under the leadership of PM Justine Trudeau. This was due to the inability of his government to tackle its narrowing relationship with China and Saudi Arabia. This pushed the country to rely on the pacific rim trade pact, the CPTPP (Comprehensive and Progressive Trans-Pacific Partnership). Japan, together with Australia, ratified the CPTPP after the Trump Administration withdraw from the pact. However, analysts were looking forward that the signing of U.S.-Japan bilateral trade agreement could push the passing of the USMCA. The USMCA (United States-Mexico-Canada) was ratified version of the NAFTA. Just like with the CPTPP, Trump also threatened to withdraw from the pact. This was after his accusations of unfair trade practices among the members.