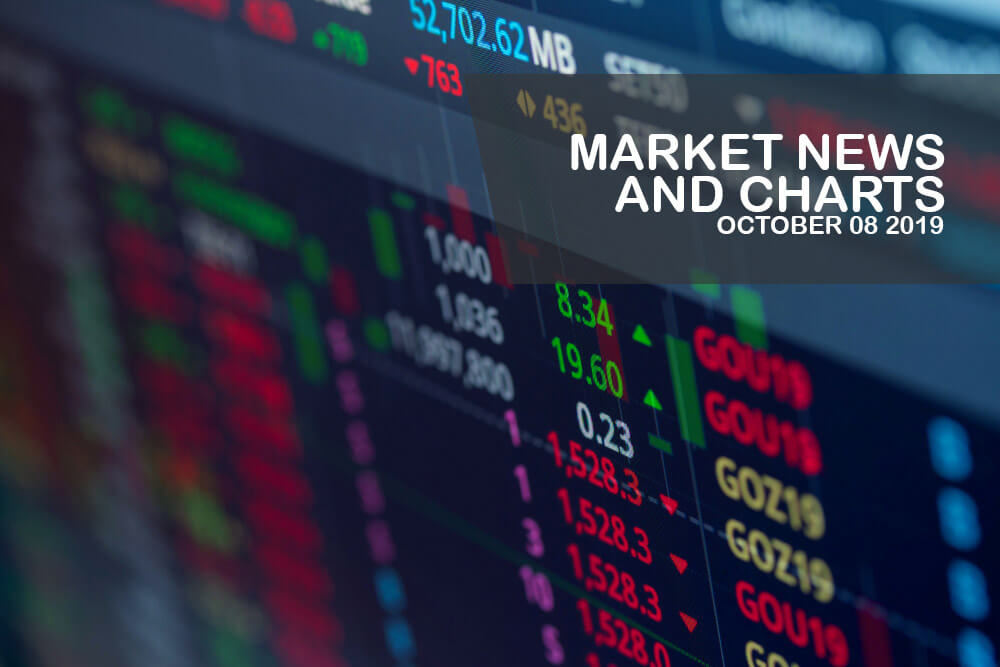 The pair is expected to bounce back from an uptrend channel support line, sending the pair higher towards the channel’s resistance line. Following the fallout of the U.S.-EU relationship, the U.S. is trying to lure EU member states to break away from the Germano-Franco alliance. Despite Switzerland being located at the heart of Europe, the country is not a member of the European Union. However, it was able to access EU’s single market through the EFTA (European Free Trade Agreement). With the looming divorce of the United Kingdom from the European Union, Switzerland signed a post-Brexit trade agreement with Britain. However, it rejected EU’s framework deal, which is aimed to incorporate all the EU-Switzerland bilateral trade agreements. This will make the country a viable U.S. ally. Aside from the country, America is also increasing its influence in the eastern bloc, the Visegrad group.

The pair is expected to breakdown from a “Rising Widening Wedge” pattern support line. The British Pound is falling amid a looming Brexit deadline on October 31. A news channel reported that German Chancellor Angela Merkel had told the U.K. Prime Minister Boris Johnson that a deal for Brexit is now “overwhelmingly unlikely. The European Union hasn’t shown any interest on the trade deal that PM Johnson submitted to Brussels last week. This will increase the likelihood of Britain crashing out from the EU without a deal. This will in turn be beneficial to the United States who is seeking to strengthen its relationship with EU-member states. The United Kingdom and the United States expressed their willingness to sign a bilateral trade agreement once Britain officially leaves the bloc. Aside from the United Kingdom, the United States is also vying partnership with Switzerland and the V4 nations.

The pair will fail to breakout from a major resistance line, sending the pair lower towards a major support line. The United States recently made a move which is expected to further push these economies against each other. America slapped tariffs to French wine and Italian Cheese on which the EU claims could cause job losses in the region. The bloc vow to retaliate with the move by Washington. The tariffs imposed to the European Union is seen by analysts as a start for much bigger tariffs, particularly to Germany’s car manufacturing industry. This could further send Germany, and the European as a whole, into the brink of recession. Aside from this, the U.S. is also seen lobbying EU member states, particularly the eastern and nationalist group, the Visegrad. America also expressed its willingness to sign a bilateral trade agreement with the United Kingdom once it officially leaves the bloc until October 31.

The pair is expected to fail to breakout from a major resistance line, sending the pair lower towards its previous low. The United State and Japan were able to find a common ground after they signed a trade deal. The deal is expected to cover the previous trading agreement between the countries inside the pacific rim trade pact, the CPTPP (Comprehensive and Progressive Trans-Pacific Partnership). In 2017, U.S. President Donald Trump withdraw from the pact. Two (2) years after the withdrawal, Japan and Australia lead the ratification of the trading pact. Despite the limited coverage by the trade pact, analysts see that the two (2) economies will sign a bigger deal in the future. The news also calmed investors who worries that Trump might declare a trade war with its ally. Trump earlier warned Japan and the EU that he will impose tariffs on their exports if these countries will not compromise on a trade deal with the U.S.

Volvo And Geely Team Up on Combustion Engine Operations