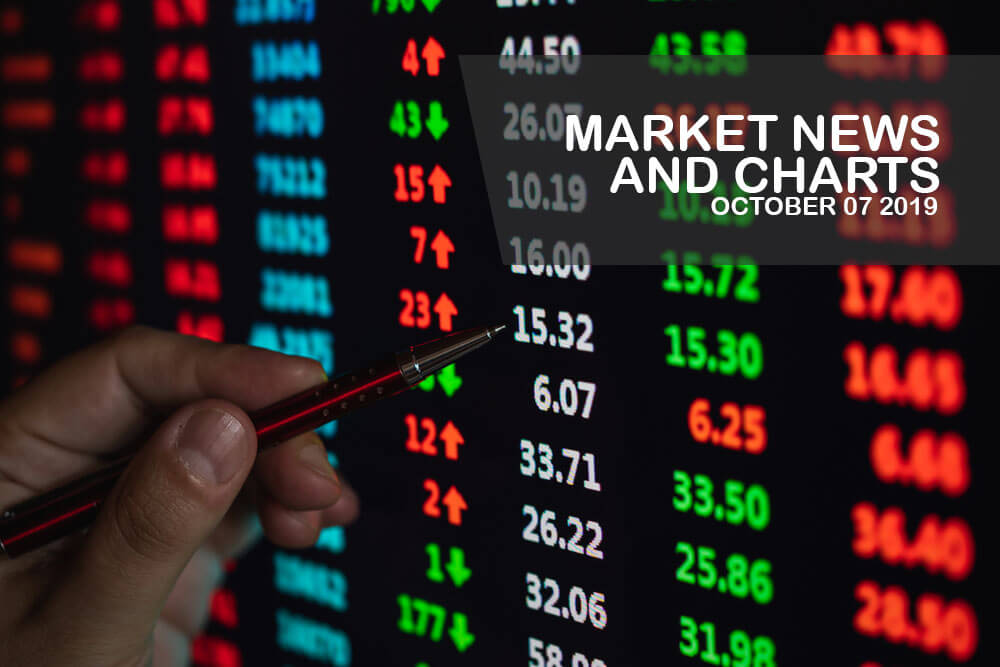 The pair is expected to breakout from a major resistance line, sending the pair higher toward its all-time high. U.S. Defense Secretary Dr. Mark Esper welcomed Norwegian Defense Minister Frank Bakke-Jensen on the Pentagon. The two (2) officials discussed the U.S.-Norway partnership and the way forward for the NATO (North Atlantic Treaty Organization) alliance. This was amid the increasing military activity of Russia on its border with Norway. Aside from that, Norway was also a claimant on the Arctic along with Russia, Denmark, Canada, and the United States. Despite the strengthening military partnership between the two (2) countries, Norway is turning back from the U.S. with Huawei. Norway said its does not plan to block China’s Huawei Technologies from building the country’s 5G telecom networks. The U.S. had recently called its allies to ban the company amid spying allegations.

The pair broke down from a “Rising Widening Wedge” support line, sending the pair lower towards an uptrend support line. The United States might compromise more for Poland following the comment by Hungarian Prime Minister Viktor Orban. He said the country will not leave the bloc despite increased scrutiny from the European leaders. This was following the visit by the new European Commission President Ursula von der Leyen on the V4 nations. U.S. President Donald Trump said he wants Poland to be added to America’s visa-free countries. This was after the deployment of additional troops in Poland. Poland earlier expressed its intention to host U.S. military bases in the country to be name after President Trump. Aside from this, Pentagon approves a $6.5 billion F-35 fighter jet order from Poland. Trump is shifting the F-35 program from Turkey to the eastern bloc.

The pair found a strong support line, sending the pair higher towards an uptrend resistance line. The South African Rand weakens following the resumed trade talks between the United States and China. This was amid the looming imposition of the remaining tariffs on each country by December 15. South Africa is transitioning from a western ally to an eastern ally. Most countries in the African region has been benefiting on the soft loans and grants granted by China. The region was trying to rebrand its image after the post-Apartheid era. In order to do this, the continent will need as much capital as possible. However, analysts warned of a ballooning African debt to China, which might cause the region to be under the control of the Chinese government. Just this year, Sri Lanka leased its largest trading port to a Chinese company following the inability of the government to pay back their Chinese loans.

The pair is expected to fail to breakout from a major resistance line, which will send the pair lower towards an uptrend support line. Russia is winning the proxy war against the United States. Turkey, a U.S. and NATO (North Atlantic Treaty Organization) ally, is turning to Russia. The country had recently purchased Russian S-400 missile defense system, defying pressure for America. As a part of the NATO alliance, Turkey is part of the F-35 fighter jets of the U.S. America warned that U.S. fighter jets will be compromised following Turkey purchase of a defense system from Russia. Aside from this, Turkey warned the U.S. on its war in Syria. If the U.S. concedes, it will be a win for Russian backed Iran and Turkey. The Russian embassy also protest the action by the U.S. state department to question a Russian lawmaker in New York. Russia is also improving ties with another U.S. enemy, China.