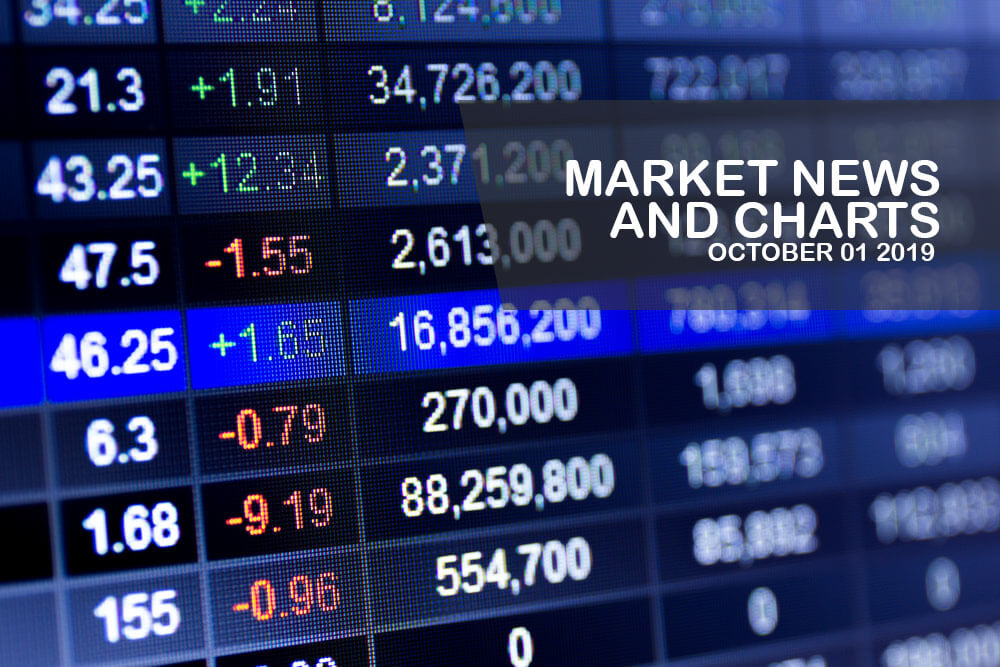 The pair is currently trading in an uptrend support line, sending the pair higher toward its previous high. Only nine (9) days remain before Canada is set to have its federal election. This is expected to be tough for the incumbent Canadian Prime Minister Justin Trudeau following several issues dragging his name. The most popular one was his pressuring of the country’s former justice minister and attorney general to drop charges against SNC-Lavalin case. This move by the prime minister violated ethics rules of the country. Aside from this, the country’s economy is suffering following China’s banning of Canadian exports to the country relating to Canada’s arrest of Chinese telecom giant, Huawei’s heiress and CFO. This is expected to make Canada closer with the United Kingdom as the UK is set to leave the European Union by the end of October.

The pair is expected to fail to breakout from a major resistance line, sending the pair lower towards a major uptrend support line. The United States is pressured to counter the rising influence of the newly elected European Commission president, Ursula von der Leyen. Among Von der Leyen’s plan was the reintegration of the eastern and nationalist group, the V4. Aside from that, she was trying to counter U.S. influence among countries that are wary of rising Russian military activity. U.S. President Donald Trump’s plan to buy Greenland is also blocking the two (2) countries relationship. He was supposed to meet the newly elected Danish Prime Minister Mette Frederiksen. However, following the disapproval of the Danish PM to discuss the sale of Greenland to the U.S., Trump abruptly cancelled the meeting. Greenland is part of the Kingdom of Denmark.

The pair is expected to continue its upward movement and to breakout from a major resistance line. United Kingdom was able to counter the European Union’s pressure among its Commonwealths – Australia, New Zealand, and the United Kingdom. New Zealand said that it is ready to make a bilateral trade agreement with the UK whenever it is ready. The comment comes after the election of British Prime Minister Boris Johnson who is expected to take Britain out of the UK even in case of a no-deal Brexit. Johnson recently suspended the British Parliament in his attempt to take the UK out from the bloc until October 31. However, the Supreme Court rules out that the move by Jonson is unlawful. Despite this, the Johnson is still expected to drag the UK out of the EU. Furthermore, a government official from New Zealand is suggesting greater effort for the government to make free movement with the UK possible on post-Brexit Britain.

The pair is expected to continue moving higher in the following days and to retest its previous high to reach an all-time high. U.S. President Donald Trump warned that the country might limit its investment to China and from China. This was amid the escalating trade war between the United States and China. Aside from this, Trump found a common ground with House of Representative Speaker Nancy Pelosi after they both agree to ratify a law allowing America to check Hong Kong’s human rights record before conducting a trading agreement with the country. China is accusing the United States of meddling on Hong Kong affairs which sparked protest around the country. Aside from this, Taiwan has recently joined the protest to help Hong Kong in its aim to end China’s totalitarianism. The U.S. is also supporting Taiwan against China. America is bound by law to help countries pursuing democracy.