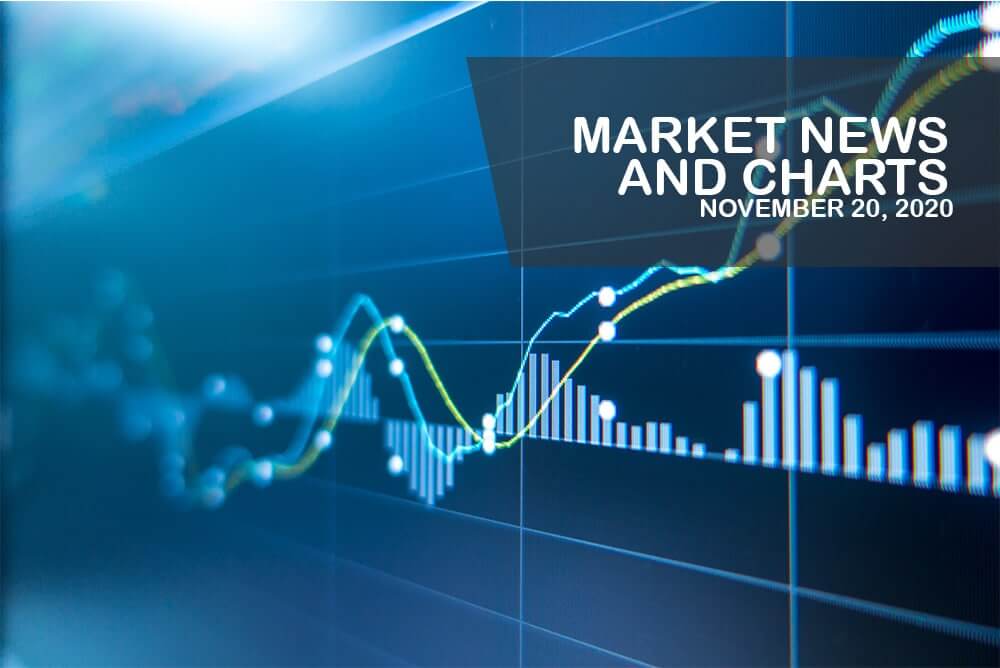 The pair will break down from an uptrend channel support line, sending the pair lower towards its previous low. Russia is expected to post disappointing figures on Friday’s report, November 20. Unemployment is expected to inch a little bit higher to 6.4% from 6.3%, cutting hopes by investors that economic recovery in the country is on its way. Meanwhile, analysts are anticipating the Real Wage Growth and Retails Sales reports to be stagnant. The expected figures were 0.1% and -3.0%. While the Russian government laid plans to create more jobs and help the economy recover, the country’s central bank continues to slash its USD reserves. On August 13, the Russian central bank recorded its highest holdings of greenback at $600.7 billion. Since then, however, it tightened its dollar buying and prevented the figures from hitting the $600.00 billion ceiling. Despite this, investors are expected to keep on storing their money in the Russian ruble due to weak US data. 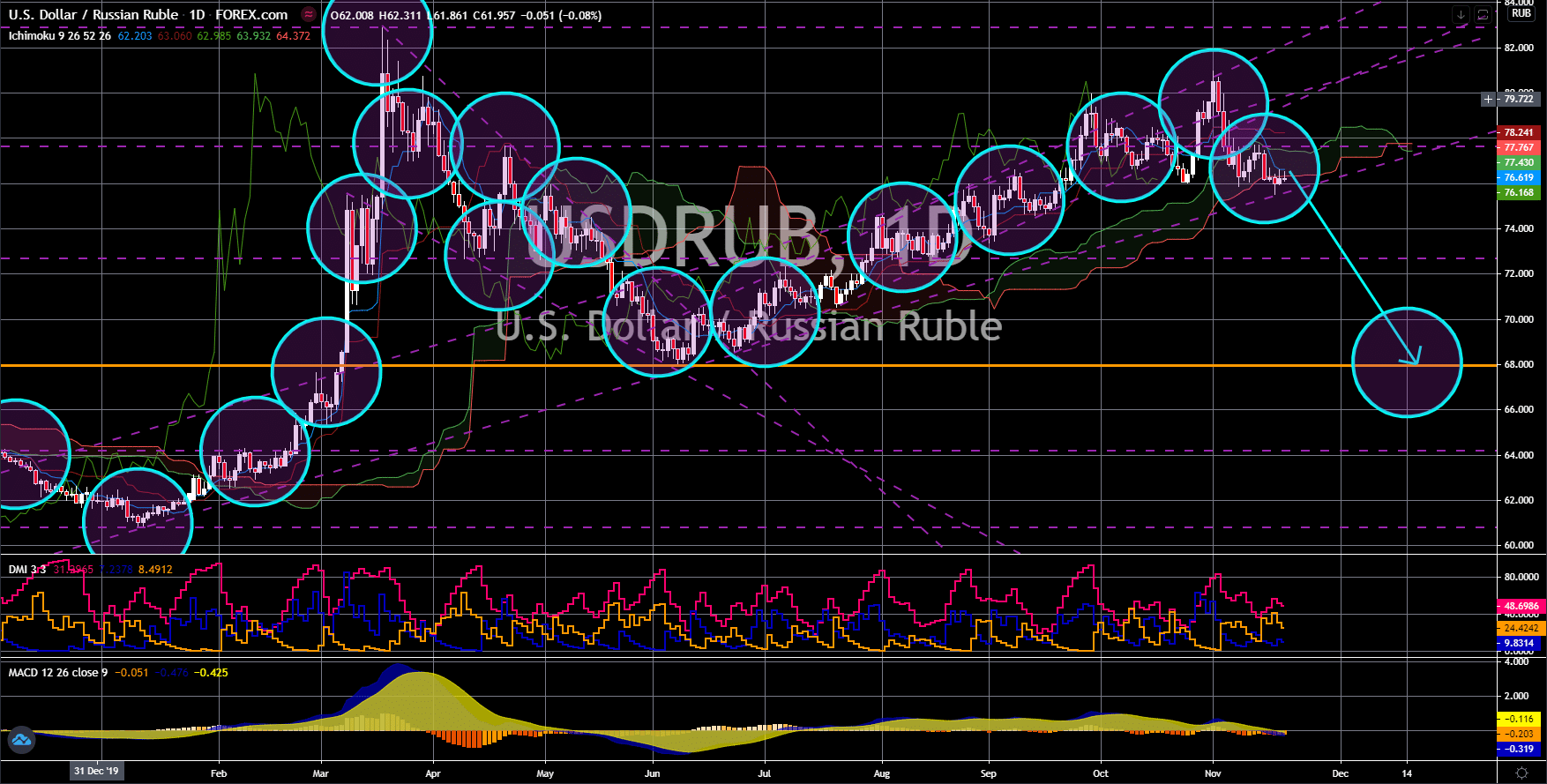 The pair will continue to fall in the following days towards its May 2014 low. The second wave of the coronavirus pandemic will force investors to look for safe-haven assets. Among the assets that will benefit is the Swiss franc. In addition to this, the positive result from Switzerland’s trade balance report on Thursday, November 19, will help the currency to recoup its losses for the past six (6) years. The actual figure for the report was $3.861 billion, an increase of 26.47% from September’s $3.053 billion result. The country’s finance minister also reassured investors and the public that liquidity in the country is enough to cover any financial obligations in the near future. Meanwhile, the Swiss government allotted up to $1 billion francs in aids to businesses severely affected by the coronavirus pandemic. Earlier, the country has limited business operations to contain the virus and as a result has resulted in lesser working hours. 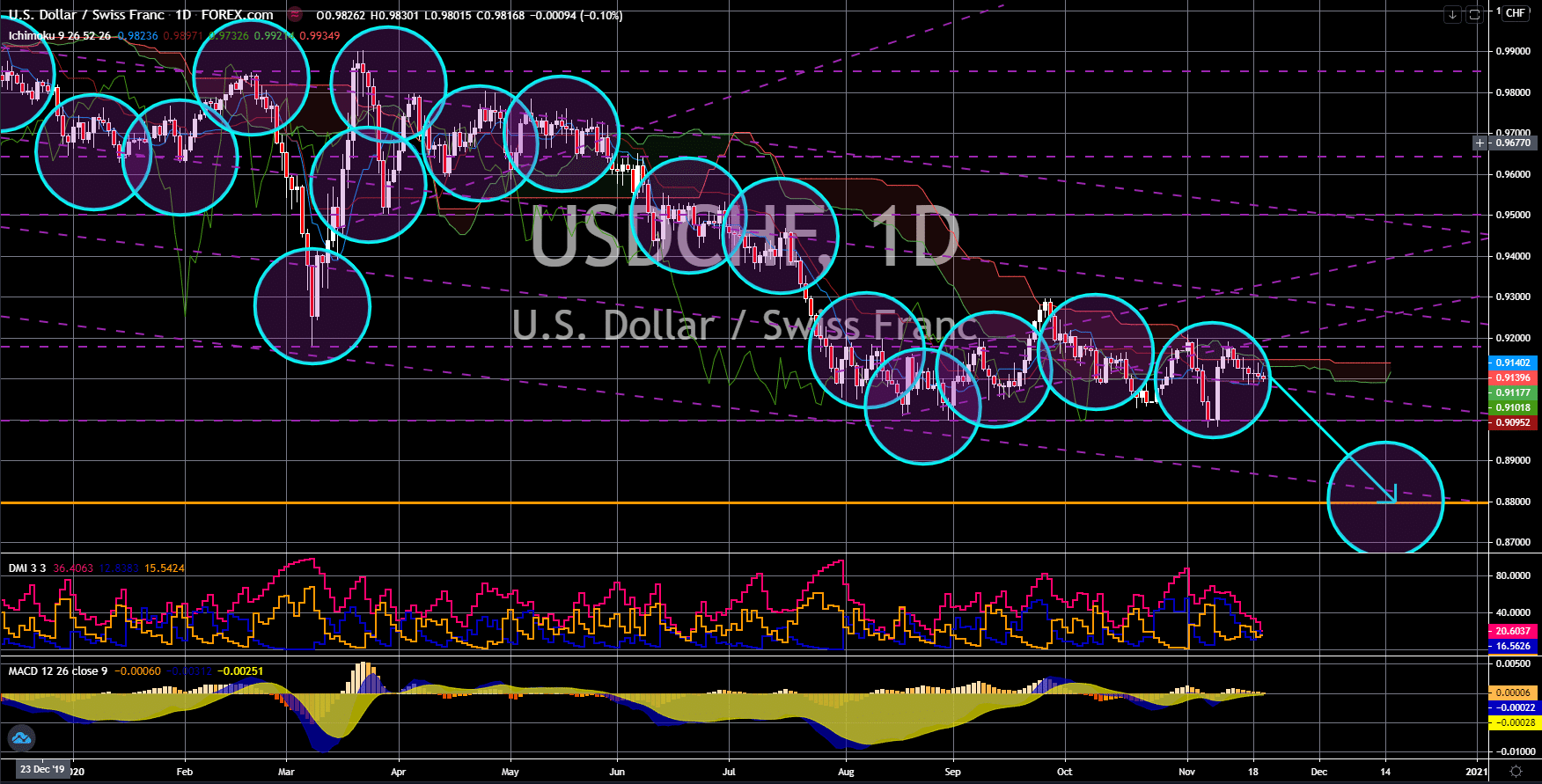 The pair broke down from its second to the last support line before reaching the 21.00000 price zone. The US posted a higher number of claimants for unemployment benefits, which analysts said will be the start of a more severe result. The initial jobless claims report added 742K individuals on Thursday’s report, November 19. This was a U-turn from four (4) consecutive weeks of positive figures. Analysts said the rising number of unemployed people was due to the resurgence of COVID-19 and the end of stimulus check from the US government. To prevent the US economy from collapsing, the government and the Fed injected a total of $6.6 trillion in stimulus in the economy through checks. However, funds are drying up and the Republicans and the Democrats are in a stalemate for the proposed $2.2 trillion additional stimulus. The continued rise in the number of infected individuals by the virus added pressure for additional stimulus. 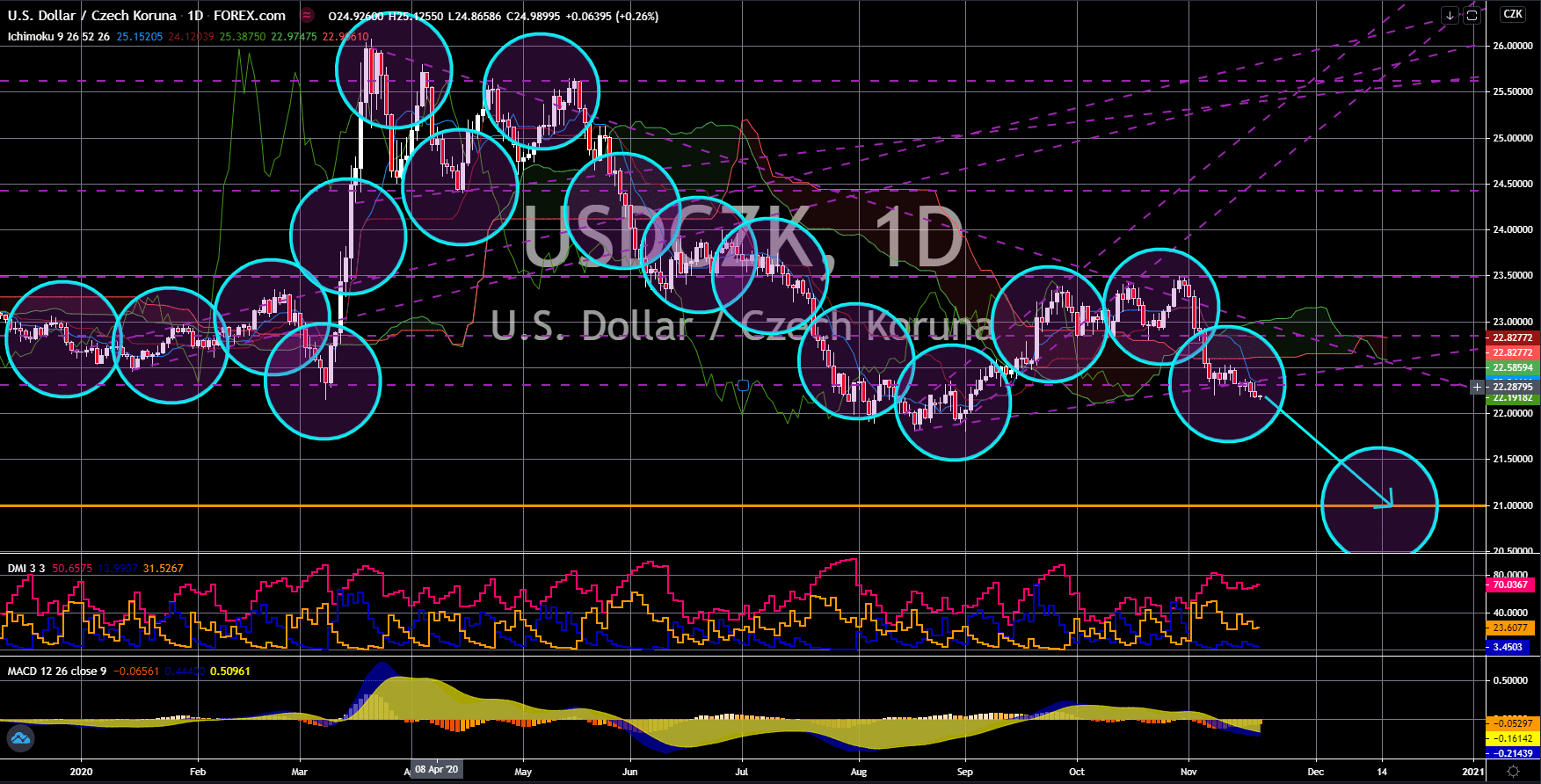 The pair will fall in the following days as confirmed by a series of weak candles. The EU posted stagnant growth on key reports while its member states’ reports were a total disaster. The figures for Core CPI MoM and YoY reports remain the same at 0.1% and 0.2%, respectively. The same is true for the CPI YoY with a decline of -0.3%. Meanwhile, the MoM report grew by 0.2% against September’s report of 0.1%. On the other hand, France and Italy’s car registration figures were bleak. Figures came in at 1.6% and 0.5%, which are a massive decline from the prior month’s figures of 62.4% and 75.8%, respectively. The decline in these reports was due to stricter measures imposed by EU member states on their territories amidst the resurgence of COVID-19. France was ranked fourth on the list of countries with the highest number of coronavirus cases at 2.09 million. Spain, the UK, and Italy, on the other hand, ranked 6th, 7th, and 9th, respectively. 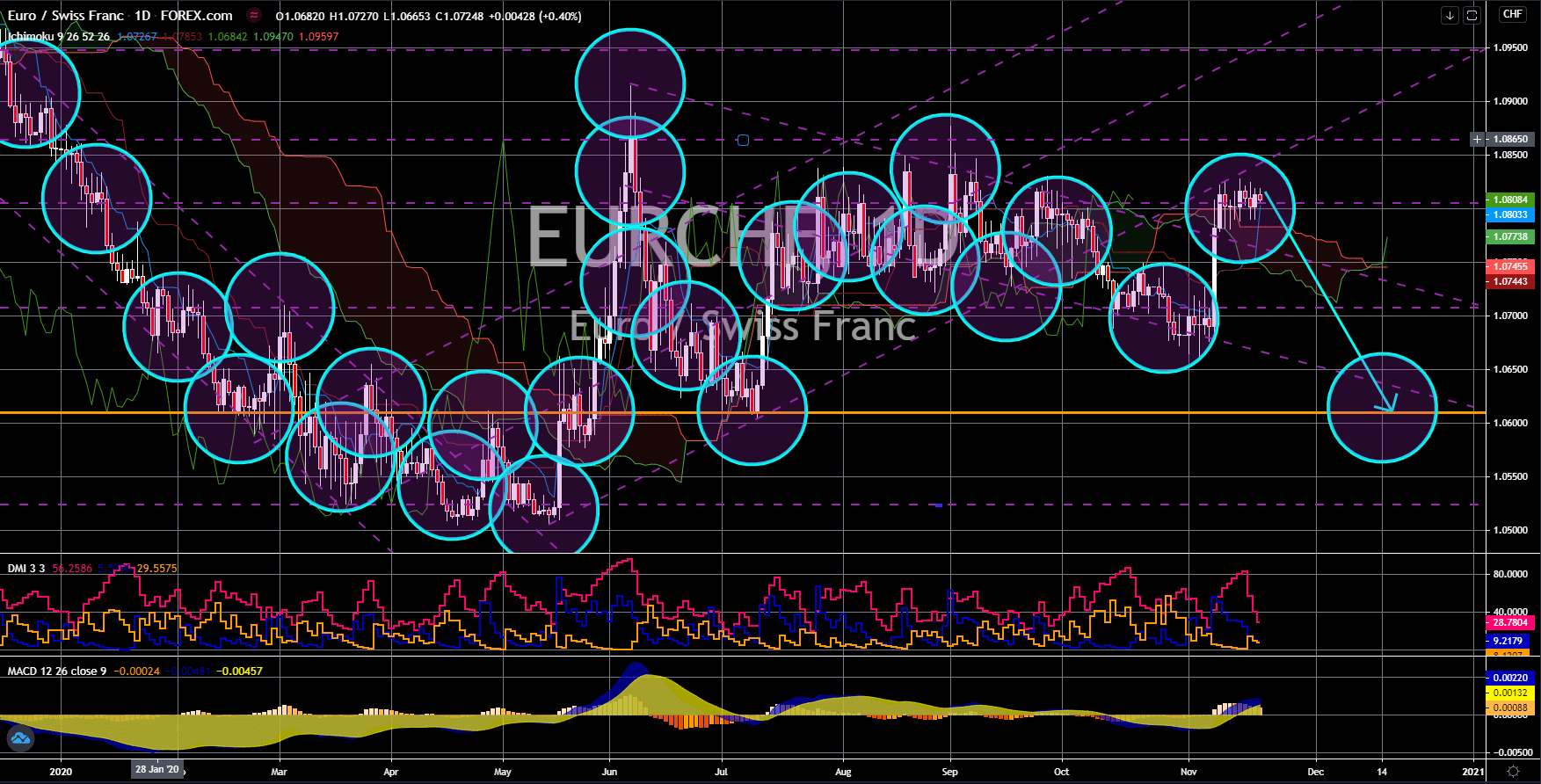 Experts advice how to shop on Black Friday successfully