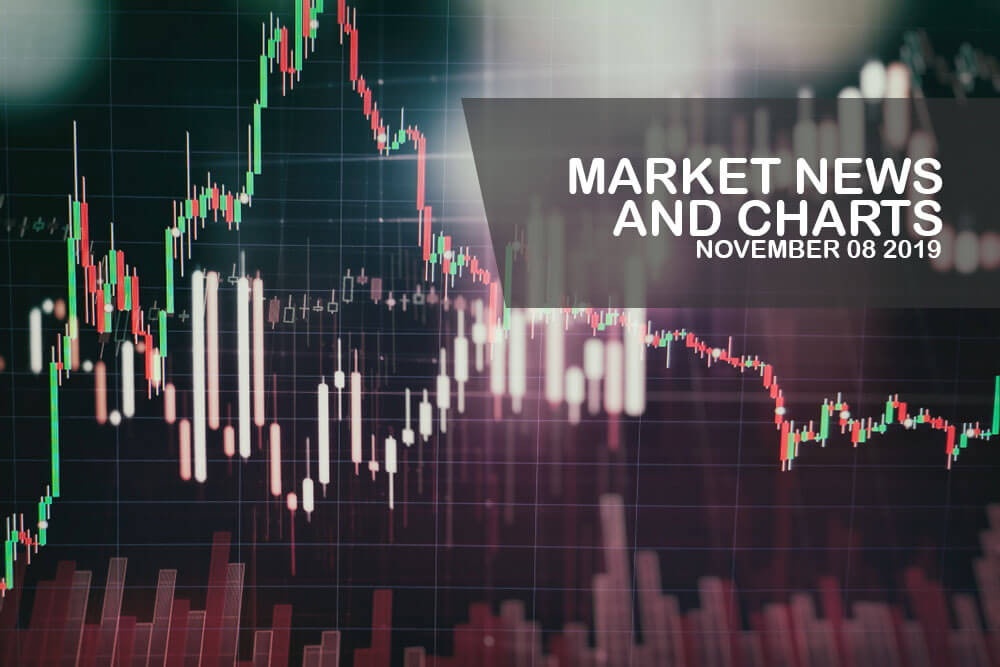 The pair is expected to continue moving higher in the following days. Romania is set to face a presidential election on Sunday, November 10. This is expected to be a key event in the U.S.-Romania relations. In recent months, U.S. President Donald Trump is seen pushing for greater ties between the United States and the Eastern bloc. This was amid the narrowing relationship between America and its traditional allies, Germany and France, two (2) de facto leaders of the European Union. The efforts by the Trump administration was also in line with the withdrawal of the United States and Russia from the 1987 nuclear pact treaty, the INF (Intermediate-range Nuclear Forces). Recently, the U.S. announced that it will be deploying more troops in the region following the sale of U.S. made defense system and fighter jet, the THAAD (Terminal High Altitude Area Defense) and F-35 fighter jets.

The pair is expected to go up after it bounced back from a “Rising Wedge” pattern support line. Norway is increasing its cooperation with the European Union. This is seen as an unprecedented shift given that the country has for years increases its ties with the United States. Analysts see this move by Norway as a way to balance its exposure to world powers like America and the EU. Norway’s sovereign wealth fund said it is divesting in Europe while diversifying its investment in the Americas and Asia. The bloc’s largest economy, Germany, is on the verge of recession. Analysts expect Germany to drag not only the European Union but also non-EU member states. On the other hand, the falling power and influence by U.S. military questions its commitment to maintaining the world order. The U.S. is a laughingstock following its withdrawal in Syria while Turkey and Russia advances.

The pair will fail to breakout from an uptrend channel, sending the pair lower towards its previous low. Turkish President Recep Tayyip Erdogan visited a rare ally, European Union’s Hungarian Prime Minister Viktor Orban. During the joined press conference, Erdogan threatened the European Union that it will open its gates to immigrants from the Syrian civil war. This follows a report by the EU’s highest court opening the possibility that the Visegrad members – Hungary, Poland, and Czech Republic – might have violated EU laws. This was after the V4 nations refused to take in asylum seekers in 2015. The European Commission recently approved funds for Hungary following the refusal of Orban to follow EU rules on immigration. Despite this, Hungary is still one (1) of European Union’s fastest growing economy. The European Commission raised Hungary’s economic outlook to 4.6% from 4.4%.

The pair is expected to breakdown from a major support line, sending the pair lower towards 21-month low. The European Union is being torn apart. Recent news suggest that Russia might have interfered during the Brexit referendum vote that led to the United Kingdom leaving the European Union. United Kingdom’s MI5 former head, Lord Evans of Weardale is calling for the British government to publish its report concern Russia’s meddling in the 2016 referendum and 2017 general election. However, No. 10 said that it is not suppressing the reports to be published but argued that no reports shall be released until the election in December was over. A Russian official, on the other hand, slammed the Brussels over its obsession with the Brexit and for failing its commitment to third world countries like Russia. In other news, Russia said it develop a hypersonic jet that no one else has made.

BYD Teams Up with Toyota For E-Vehicle Endeavor

Gold and Silver: The gold is testing support at $1900

Oil and Natural Gas: Oil continues to slide toward $75.00