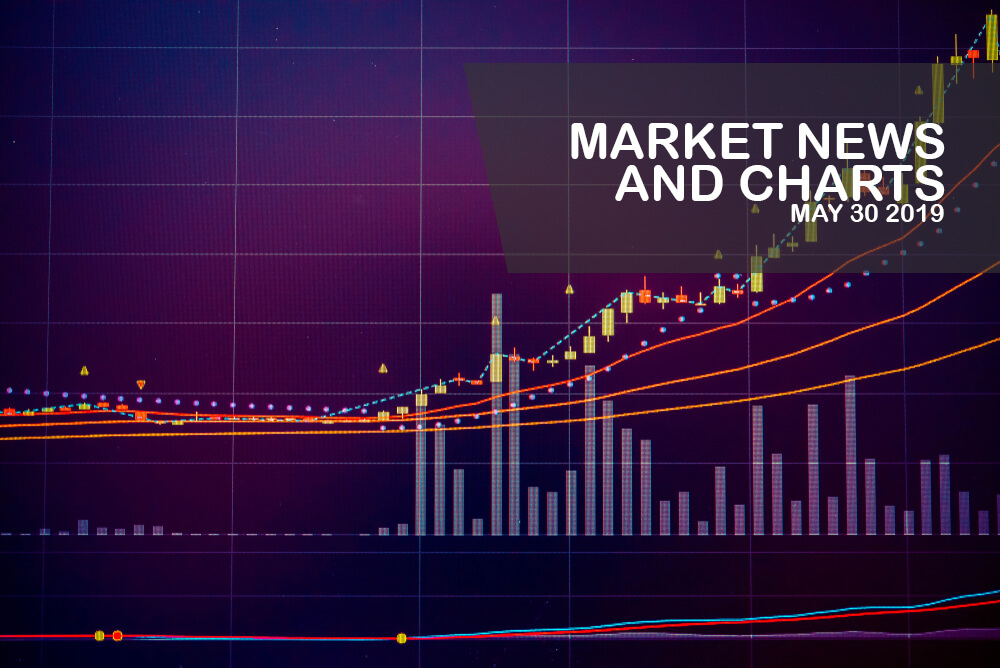 The pair was seen to continue its upward movement towards its 7-month high. The trade war between the two (2) largest economies in the world, the United States and China, had escalated to the U.S and Chinese firms with Google’s (Alphabet) mobile operating system Android being removed from future Huawei products amid concern of Intellectual Property theft. In response, China had been dumping U.S.’s mobile company Apple. This was following the failure of the two (2) countries to come up with a deal that would spell out the end of trade war. The United States imposed 25% tariffs on $200 billion worth of Chinese goods and threaten to impose another 25% tariffs on the remaining $300 billion worth of Chinese goods, practically imposing tariffs to all Chinese imports to the U.S. China retaliated by imposing 25% of tariffs to $60 billion worth of American goods.

The pair was expected to break down from a major support line, sending the pair lower towards the nearest support line. The relationship between the United States and Turkey had fallen in the following months after Turkey announced its plan to buy Russia’s S-400 missile defense system, which was a competitor of the U.S. THAAD (Terminal High Altitude Area Defense) missile defense system. The pressure for Turkey to abandon its plan was high as the country was a member of the defense sharing agreement of the NATO (North Atlantic Treaty Organization) alliance. The NATO alliance uses U.S. F-35 fighter jets, the main target of Russia’s S-400, which means that Turkey’s purchase would compromise the NATO defense system and will be vulnerable to Russian hacking. Aside from this, the 8th European Parliament held a non-binding vote to suspend Turkey’s accession in the European Union.

The pair was seen break down from the uptrend channel support line after it failed to break out from a major resistance line. The European Union recently hold the European Parliamentary Election, which shows Germany’s European People’s Party (EPP) still leading the poll, with its leader Manfred Weber the leading candidate for the presidency of the European Commission. Despite the Germano-Franco alliance cementing their leadership during the recent election, this might not play well with New Zealand, which was seen to be still connected to its former colonial master, the United Kingdom. The withdrawal of the United Kingdom from the European Union might also result to the integration of the CANZUK (Canada-Australia-New Zealand-United Kingdom). The European Union was also facing problem with the division of it member states, which was sparked by the UK during the 2016 referendum.

The pair was expected to break down from a major support line, sending the pair lower towards a major support line. The current economic health of Australia was expected to continue following the win of the Liberal/Nationalist coalition, with its leader Prime Minister Scott Morrison expected to remain on his premiership. During PM Morrison’s term, Australia entered a recession (base on GDP per capita). At the same time, the country might grow at its slowest pace in a decade following the said recession. Its neighbor New Zealand was also shifting its international policy towards a neutral stance, which was a lost for Australia as it handles NZ’s decision towards global issues. Aside from that New Zealand had signed a post-Brexit trade agreement with the United Kingdom, while maintaining its existing trade relationship with the EU. The country was also in talks with China regarding strengthening their trade relations.