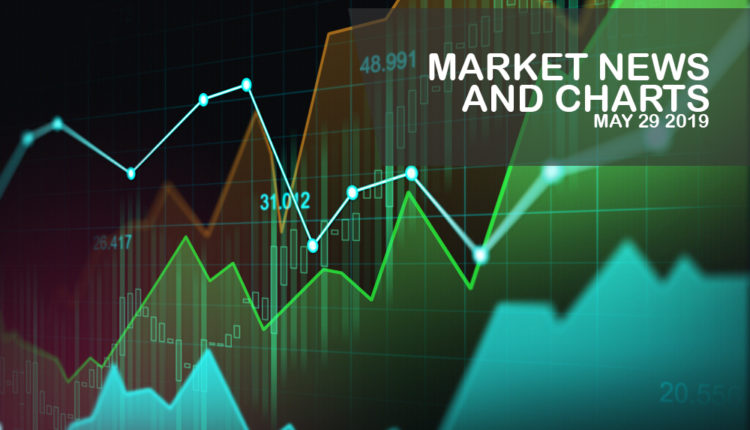 The pair was seen to fail to breakout from a major resistance line, sending the pair lower towards a major support line. In December 2018, U.S. President Donald Trump and Chinese President Xi Jinping hold an informal meeting during the G20 Leader Summit to discuss a trade truce that was supposed to end the trade war between the two (2) largest economies in the world. However, the two (2) countries failed to come up in a deal that would spell out the end of the trade war. In turn, the United States imposed a 15% increase of tariffs on $200 Billion worth of Chinese goods. China retaliated by imposing 25% tariff on $60 Billion worth of American goods. However, this failure was seen as a loss for the United States as the trade war waged by President Trump was supposed to bring China in the negotiation table and make China to bend on his will. Hong Kong was being used by China as a pawn towards the United States.

The pair was seen to continue its rally after it found a strong support line, which will send the pair higher towards its 8-month high. The United States and Singapore was expected to reaffirm their bilateral trade agreement as the U.S. was trying to counter China’s aggression in the South China Sea. This was following several military exercises between the U.S. and Singapore, which was seen by analysts as a way for the U.S. to expand its military presence in the region. The United States has also a bilateral trade agreement with the Philippines, which will further give the country an advantage in the region to contain China. Singapore on the other hand, was planning to add 12 U.S. F-35 fighter jets to increase the country’s military capability amid the tension with the United States and China in the South China Sea. Singapore was the nearest route to reach the Indian Ocean from the South China Sea.

The pair was seen to further move higher in the following days after it found a strong support line. Following the close ties between the United States and Denmark, the Germano-Franco alliance led European Union was trying to snubbed Denmark on the trilateral balance inside the bloc after Denmark took over the United Kingdom’s role by creating an “alliance of multilateralism, which also didn’t include the United States. World powers Canada and Japan had recently joined the alliance with Canada being hit by the ratification of the NAFTA (North America Free Trade Agreement) by the U.S., while Japan, like the EU, was the next subject of President Trump’s trade war. President Trump gave the EU and Japan 180 days to come up with a deal that would prevent the U.S. from imposing tariffs on the two (2) countries auto manufacturing industry.

The pair broke out from the “Cup Formation”, which signals a future downward movement for the pair. With half the votes already counted, it was seen that Germany’s European People’s Party (EPP) was leading the poll to take the majority of the EU Parliament, with its leader Manfred Weber being the leading candidate to take the presidency of the European Commission. Before the end of the 8th European Parliament, the institution held a non-binding vote to suspend Turkey’s accession in the European Union due to Turkish President Recep Tayyip Erdogan’s transitioning of Turkey from Parliamentary to Presidential, which gave him power to elect heads of Turkish institutions. However, its decision to purchase Russia’s S-400 missile defense system and the withdrawal of the United States and Russia from the INF (Intermediate-range nuclear Forces) treaty threatened a new era of Cold War.