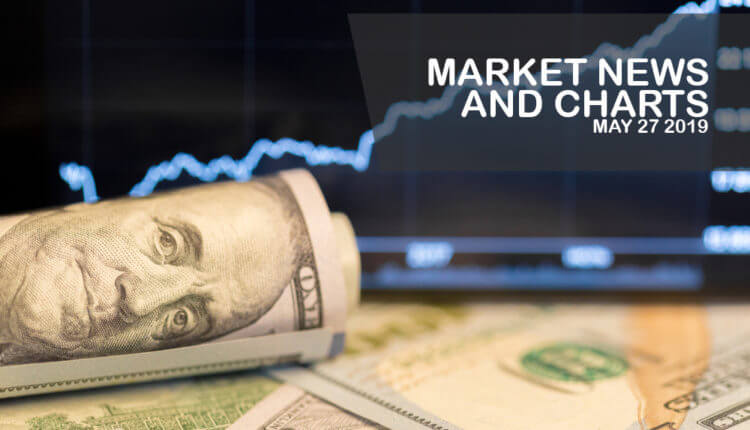 The pair was expected to breakout from the “Rising Wedge” pattern resistance line, sending the pair higher toward its year-to-date (YTD) high. Despite the lifting of tariff to Canada and Mexico’s metal export and the membership of Canada to the Germano-Franco’s “alliance of multilateralism”, Canada was still seen as not self-sufficient to withstand any uncertainty in the global market. The United States was also the caused to the rift between Canada and China after Canada arrested the Chinese technology giant Huawei’s Global Chief Finance Officer Wang Meng Zhou amid the orders from the United States as part of the extradition treaty between the two (2) countries. Canada was seen increasing its influence inside the pacific rim trade pact, the CPTPP (Comprehensive and Progressive Trans-Pacific Partnership). Canada had also received a green light from the European Parliament to start talks regarding their bilateral trade agreement.

The pair was seen to fail to sustain its strength and to move lower towards the tip of the “Falling Wedge” pattern support line. The hype surrounding New Zealand Prime Minister Jacinda Ardern was already dead. This was after New Zealand was put to limelight with the recent news of Australia entering a recession for the first time in 27 years, PM Ardern sympathizing with the Muslim community after the Christchurch mosque bombing, and the country’s controversial remarks that its decision will not be influence by the United States nor the United Kingdom. New Zealand was still from catching up with Australia to become a regional power in Asia Pacific, with the country heavily relying on Australian military for protection. PM Ardern’s meeting in China might not also go well with U.S. President Donald Trump, which could result to more pressure from the U.S. to ditch Fifth Generation (5G) network provider Huawei.

The pair will break out from three (3) support lines, which will send the pair lower toward its year-to-date (YTD) low. Australia and Japan were two (2) regional powers in the Asia Pacific. Together, they both headed the pacific rim trade pact, the CPTPP (Comprehensive and Progressive Trans-Pacific Partnership). The United States, Japan, South Korea, and Australia also recently hold its first joint naval drills to secure the free and open shipping in the South China Sea where several countries had an overlapping claim. Despite being partner regarding certain issues, however, two (2) countries still compete to dominate Asia Pacific in term of trade to the extent that the European Union and the United Kingdom choose side between the two (2) countries following the divorce between the two (2) of the most powerful economies in the world. Australia recently entered a recession for the first time in 27 years.

The pair was seen to trade in a range, which will send the pair lower towards its previous low. As the tension between the United States and China escalates following failed negotiation talks, which was supposed to end the trade war between the two (2) largest economies in the world, it was reported that the U.S. Marines will reach their full complement of 2,500 troops training in Darwin by July, which will correspond with a boost of $250 Million for capital works to improve Australian Defense Force facilities. Meanwhile Landbridge, a Chinese company with ties to that government, leased the Darwin port for almost a century, provoking an international flurry of consternation. The conflict between the U.S. and China increases the risk for Australia of being dragged to the tirade between the two nuclear-armed countries, who was also at odds to the Chinese reclamation project in the South China Sea.