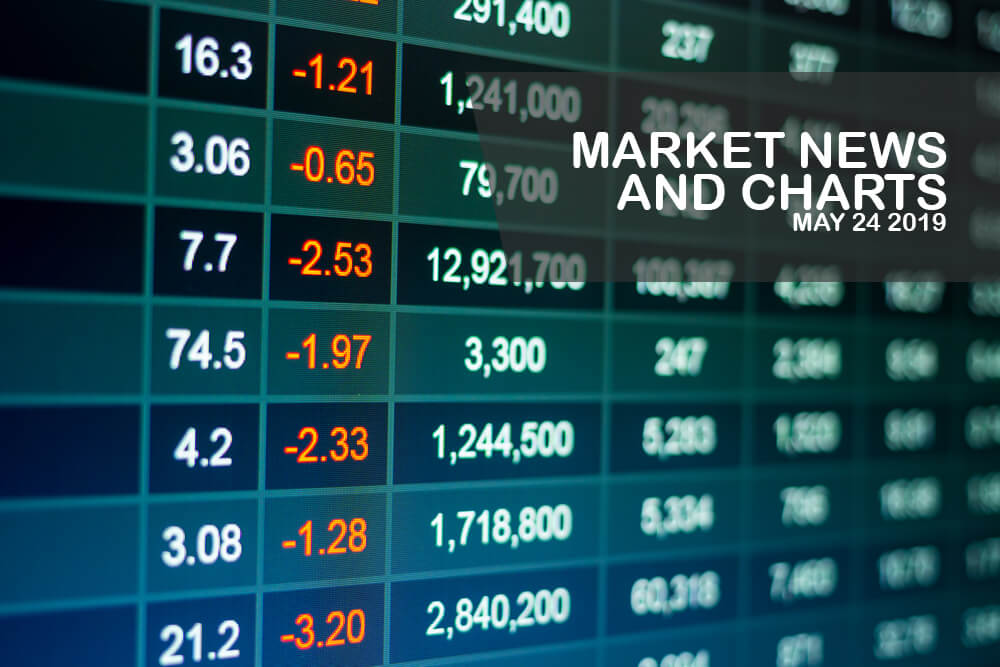 The pair failed to breakout from a major downtrend resistance line, sending the pair lower towards its previous lows. The United States, Russia, and Israel’s Security Advisors will meet in Israel following the failure of Israeli Prime Minister Benjamin Netanyahu to form a government coalition. The meeting was expected to broker a deal for the U.S. and Russia with their proxy war in Syria and to establish a trilateral summit and discuss regional security issues. The United States and Israel backs the opposition party in the Syrian civil war, while Russia and Iran backed the Assad government, which imitates the Russian backing of the Maduro government, while the U.S. backed the opposition leader and self-proclaimed president Juan Guiado in the Venezuelan crisis. U.S. National Security Adviser John Bolton, Israeli National Security Adviser Meir Ben-Shabbat, and Russian Secretary of the Security Council Nikolai Patrushev will be in attendance. 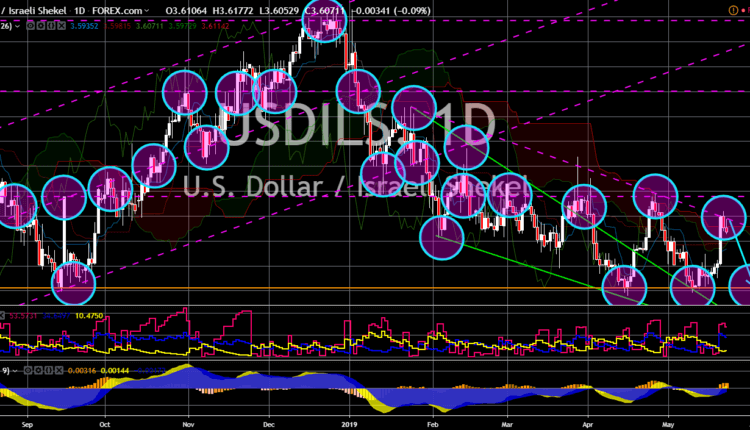 The pair was expected to breakout from a major resistance line, which will send the pair higher towards its 8-month high. In May 08, South Africa hold its general election, which shows that the support for the incumbent president Matamela Cyril Ramaphosa was still strong with his African National Congress (ANC) party gaining 57.50% of the 400 seats in the National Assembly of South Africa. This represents to 230 sits won by the party with only 201 seats needed to take the majority. This win translates to a more bitter relationship between the United States and South Africa in the years to come. South Africa was currently in an economic alliance with China, which gives the country grants and loans to further develop its economy. South Africa was the largest economy in Africa and was heading the African Union. Since the election of U.S. President Donald Trump, he stopped granting economic aids to developing countries. 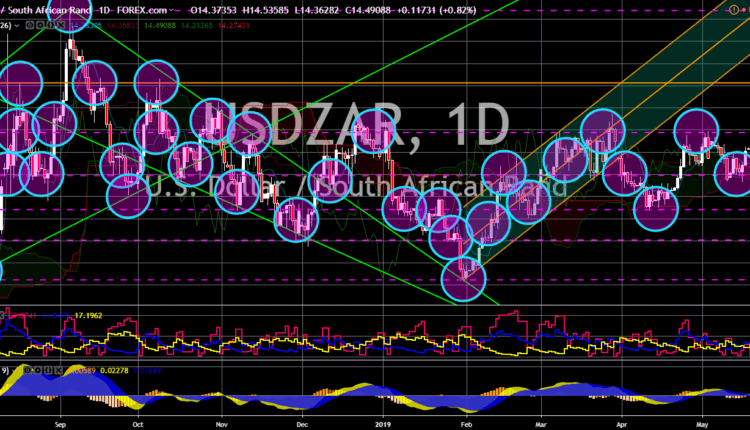 The pair was seen to move higher in the following days after it found a strong support from a major support line. Following the withdrawal of the United States and Russia from the 1987 nuclear pact treaty, the INF (Intermediate-range Nuclear Forces), the two (2) nuclear-armed countries are threatening to withdraw from the START (Strategic Arms Reduction Treaty), a bilateral treaty between the United States of America and the Union of Soviet Socialist Republics (USSR) on the reduction and limitation of strategic offensive arms. The treaty barred its signatories from deploying more than 6,000 nuclear warheads atop a total of 1,600 inter-continental ballistic missiles (ICBMs) and bombers. START negotiated the largest and most complex arms control treaty in history, and its final implementation in late 2001 resulted in the removal of about 80 percent of all strategic nuclear weapons then in existence. 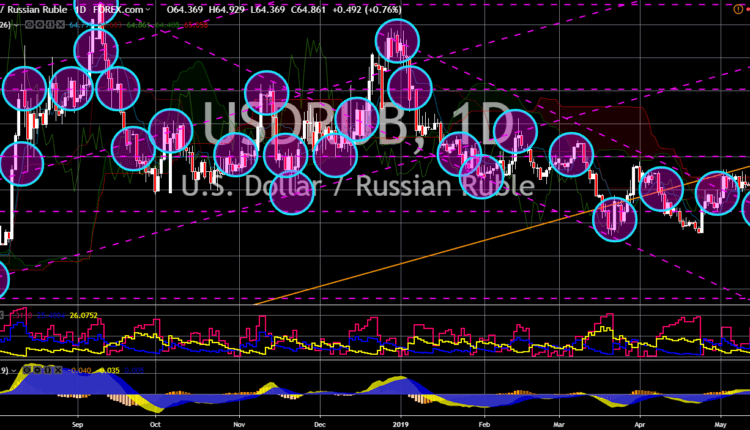 The pair was seen to move higher towards the uptrend channel resistance line after it broke out from the channel’s middle resistance line. The United States was slowly lobbying the Eastern and Nationalist bloc, the Visegrad group, to counter Russia’s aggression with its border in Europe. After the relationship between the U.S. and Turkey falls out amid Turkey’s plan to purchase Russia’s S-400 Missile defense system, which will compromise the defense sharing agreement of the NATO (North Atlantic Treaty Organization) Alliance members, America plans to sell its F-35 fighter jets to Romania and Poland to oversee Russia’s naval activity in the Black Sea and the Baltic Sea. Aside from this, Czech Republic, who was being divided with the on-going European Parliamentary Election, announced its plan to buy U.S.’ UH-60M Black Hawk or AH-1Z Viper helicopters, which was seen to be strategic for the United States. 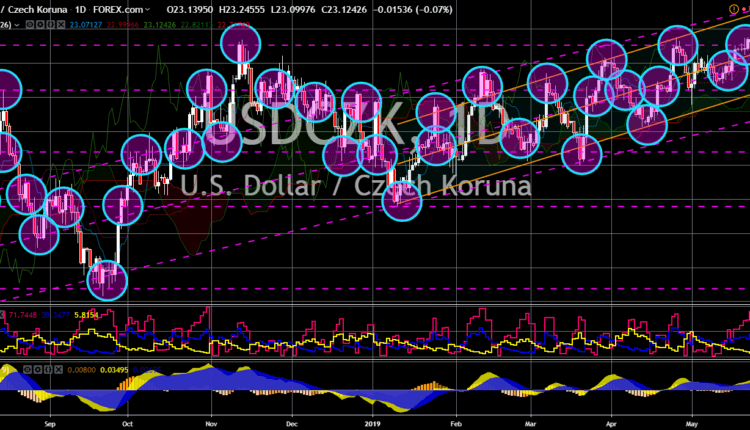 Bears Dig in on Asian Currencies as Trade War Reignites