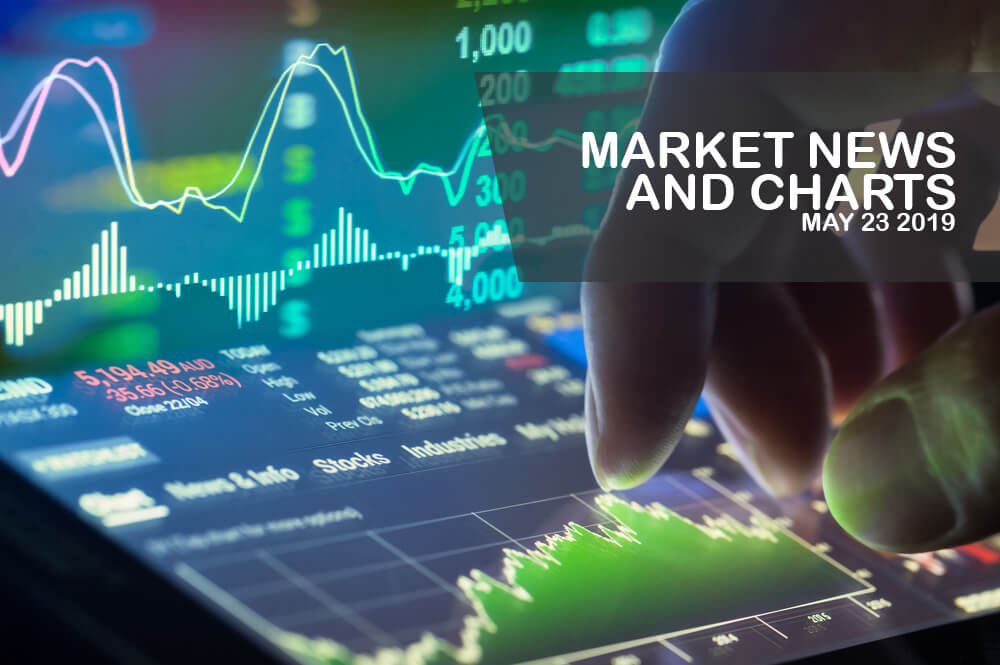 The pair failed to break out from a major resistance line, sending the pair lower towards a major support line. Norway was seen increasing its influence outside Europe following the political turmoil in the region with the European Parliamentary Election scheduled to start today, May 23, until Sunday, May 26. China’s third highest ranking official, National People’s Congress’ leader Li Zhanshu, after Chinese President Xi Jinping and Chinese Premier Li Keqiang, was set to visit Norway for a four (4) day visit. The trip, during which Li will meet top politicians and company executives, is also an acknowledgement that China, in the midst of a trade war with the United States, is on the search for new allies. Aside from China, Norway was looking to boost its relationship with the U.S. following the looming dispute over the arctic region through which claimants including the United States, Russia, Canada, and Denmark, are seen preparing.

The pair was expected to fail to breakout from a major resistance line causing the pair to go lower and to break out from the “Rising Wedge” pattern support line. The European Union will hold its parliamentary election today, May 23, which will show the future path that the EU will take in the next five (5) years. For months, Hungarian Prime Minister Viktor Orban, together with his fellow far-right leaders, France’s Marie Le Pen and Italian Deputy Prime Minister Matteo Salvini, had been campaigning on EU member states and to the EU’s allies abroad to support Nationalist candidates ahead of the election. The win of Nationalists was seen to further divide the Germano-Franco led the European Union, which will end the two (2) decades dominance of German Chancellor Angela Merkel. Chancellor Merkel envisioned a “united states of Europe” and was the proponent of a single currency, the Euro.

The pair was seen to continue to move lower in the following days after it broke down from a key support line. The possibility of Russia meddling in the European Parliamentary Election causes fear among investors. This was amid the on-going tension in the region following the withdrawal of the United States and Russia from the 1987 nuclear pact treaty, the INF (Intermediate-range Nuclear Forces), which can result to a new era of Cold War between the two (2) nuclear-armed countries. With the rising geopolitical tension in the region between the West and the East, the significance of the European Union as a global power weakens as the country lacks a military might. Most of the EU member states were part of the U.S.-led NATO (North Atlantic Treaty Organization) Alliance, which causes the entire bloc to heavily rely on U.S. protection against Russia aggression.

The pair shows signs of weakness as it touched the uptrend channel’s resistance line, which will send the pair lower in the following days. Poland is a major geopolitical strategic location, which borders the EU’s Germany and Russia’s Kaliningrad. During the Cold War between the USSR (Union of Soviet Socialist Republics) and the U.S.-led NATO (North Atlantic Treaty Organization) Alliance, Poland became a subject to the USSR as a satellite state. However, following the fall of the Soviet Union and the democratization of the Eastern bloc, Poland became an important symbol for the former satellite of a bloody war that kills millions of people. Since then, Poland became a member of the European Union as part of the EU enlargement. However, the rise of Russia was once again threatening the Eastern bloc of Russia’s aggression, which causes the Visegrad group to turn to the United States.