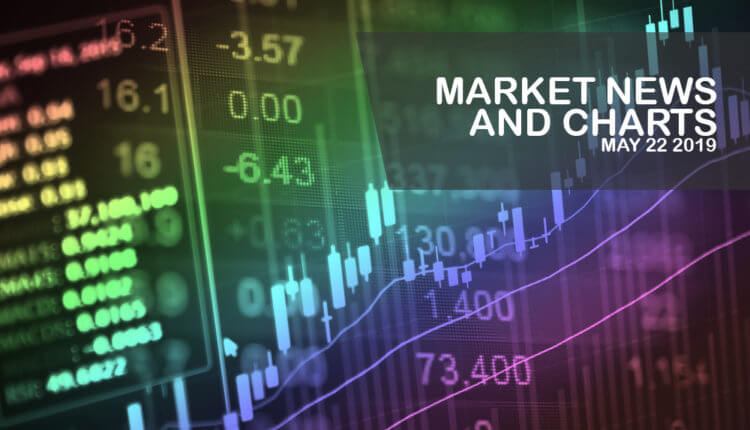 The pair was seen to further go lower in the following days after it broke down from the “Rising Wedge” pattern support line. The statement by New Zealand Prime Minister Jacinda Ardern that the country’s decision to ban or not to ban Huawei was not influenced by neither the United States nor the United Kingdom marks the major shift on New Zealand’s foreign policy of being independent from global power’s influence as it seeks to create its own name on global issues. This was in spite of New Zealand signing a post-Brexit trade agreement with the UK. The United Kingdom’s participation in the European Parliamentary Election also adds worries to investors as it might show signs that the UK might revoke the Article 50 or the Brexit, which can hurt countries who signed a post-Brexit trade agreement with the UK and risks their trading relation with the European Union.

The pair failed to sustain its strength after the pair was seen reversing back towards a major support line. U.S. President Donald Trump imposed an additional 10% tariffs on $200 Billion worth of Chinese goods, while China retaliated with a 25% tariff on $60 Billion worth of American goods, which worries investors for a prolonged period of trade war between the two (2) largest economies in the world, which will continue the uncertainty surrounding the global market and the global growth slowdown. Aside from this, Google (Alphabet) banned the Chinese telecommunication giant Huawei on using its android software and other software being offered by the company. Several U.S. companies had also temporarily cut its supply to China amid the on-going tension. However, this is a double-edged sword, which means that companies banning Huawei is also hurting itself through lost sales.

The pair was seen to go up in the following days after it found a strong support line, which will send the pair higher. Turkey was given a 2-week deadline by U.S. President Donald Trump to cancel its purchase of Russia’s S-400 missile defense system as the United States argues that it will compromise the defense system of the NATO (North Atlantic Treaty Organization) Alliance. Turkey is a member of NATO’s defense sharing agreement which involves the F-35 fighter jets through which the S-400 missile defense system was designed. The U.S. was trying to pressure Turkey to decide where its loyalty lies as Turkey loses the European Union as an ally after a non-binding vote of the EU Parliament suggests the suspension of the country’s accession inside the bloc. Aside from this, Turkey said it will cooperate on the production of Russia’s S-500 missile defense system, which draw new criticism from the U.S. other NATO members.

The pair was expected to fail to break out from a major resistance line, sending the pair back to its support line. Following the Christchurch mosque attack, New Zealand Prime Minister Jacinda Ardern and EU’s de facto leader and French President Emmanuel Macron unveiled their plans to tackle online extremism and rein in technology companies over the unfettered sharing of toxic content like hate speech and terrorist material online. This meeting will increase New Zealand’s presence in the European Union and the international community as the country shift its international policies to one that was more engage rather than supporting global powers in shaping the international community. Tomorrow, May 23, will be the start of the European Parliamentary Election, which will further give hint on the future relationship between he EU and New Zealand.