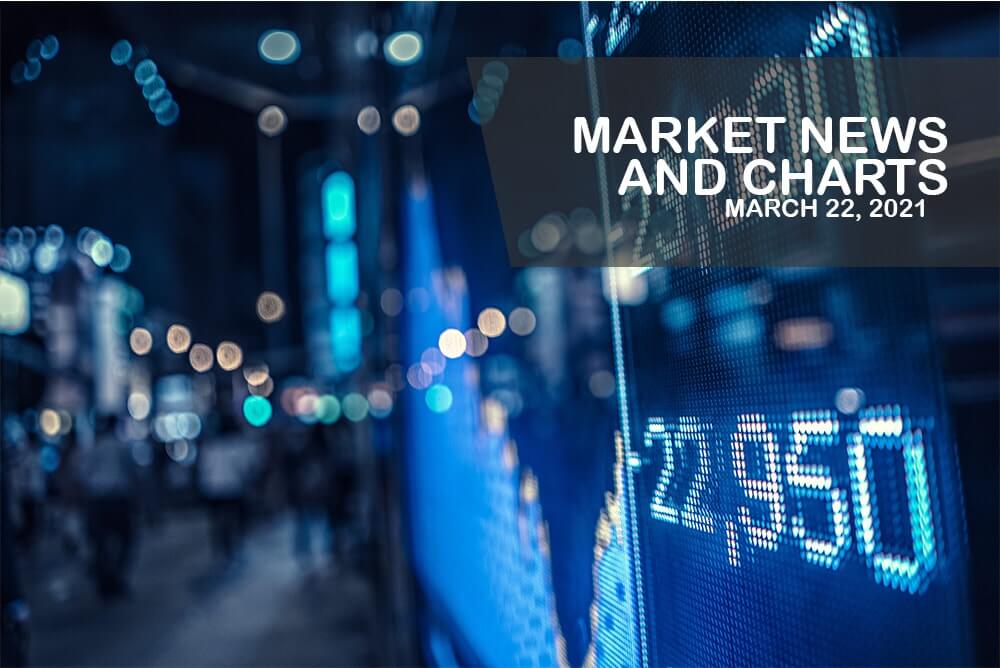 The pair will break down from a key support line to reach its December 11 low of 5.0655. Brazil’s central bank raise its benchmark interest rate by a hefty 75 basis points to 2.75% on Wednesday, March 17. This was amid concerns of rising inflation in the country. Other factors that will drive the Brazilian real in coming sessions were the rising COVID-19 cases and a possible re-election of former President Luiz Inacio Lula da Silva. On Friday, March 19, Brazil recorded 90,570 fresh cases. This number was the largest single-day increase in coronavirus infections in the country. This could be critical for incumbent president Jair Bolsonaro, who is facing pressure at home and abroad over his handling of the crisis. Meanwhile, former president Duda was cleared from all his corruption charges. A recent poll showed massive support by the public with more than 50% of the respondents said they will vote for Duda in the 2022 elections while Bolsonaro got 38% rating. 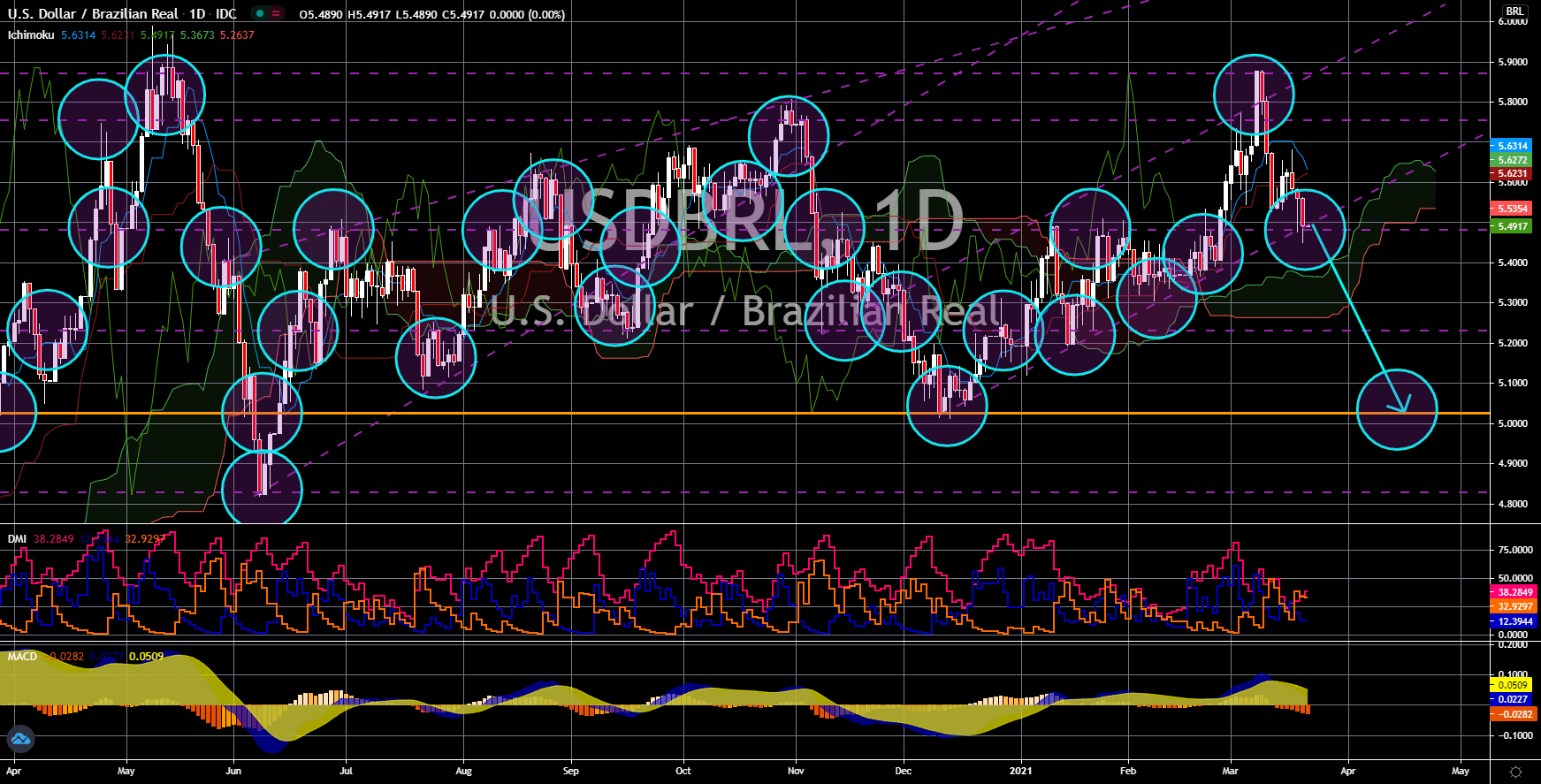 The pair will reverse back and move towards its previous low at 3.94369. Market participants will see an increased demand for the Romanian leu in coming sessions. This was amid the rising cases in the country, which could slow down its recovery from the pandemic. On the fourth quarter of fiscal 2020, Romania emerged as the best performer in the European Union after its Q4 GDP soared by 4.8%. Meanwhile, the EU average contracted for the same period. As a result, the annual GDP showed Bucharest shrinking by -3.9%, which is also above the average GDP among the member states. Romania was also anticipated to become the first country in Europe to reach its pre-pandemic level as the 4.8% figure represents a -1.8% difference for the same quarter in 2019. However, the rapid rise in COVID-19 cases might erase the improvement made in the previous quarter. On March 17, it reached its largest daily infection in fiscal 2021 at 6,186 fresh cases. The pair will continue to move lower in the following days towards the 9.50000 price level. Norwegian Finance Minister Jan Tore Sanner said the government is expecting slower recovery this year depending on the vaccine rollout. The GDP forecast is between 0.5% to 4.5%, or around 3.7%. The median forecast is lower from the initial expectations of 4.4% in October. Meanwhile, fiscal 2022 could be at par with the 2021 forecast with target range between 3.4% and 5.3%, a median of 3.6%. Also, authorities in Norway is planning to spend only around 3.0% of its sovereign wealth fund to support the economy from the pandemic. In 2020, the emergency budget was around 3.9% of SWF while the allowable amount in 2021 is 3.3%. Despite the downward revision on its GDP and tighter government spending, the Norwegian krone will still advance in sessions as the 1.3 trillion oil fund is the biggest and most liquid budget from any wealth fund. 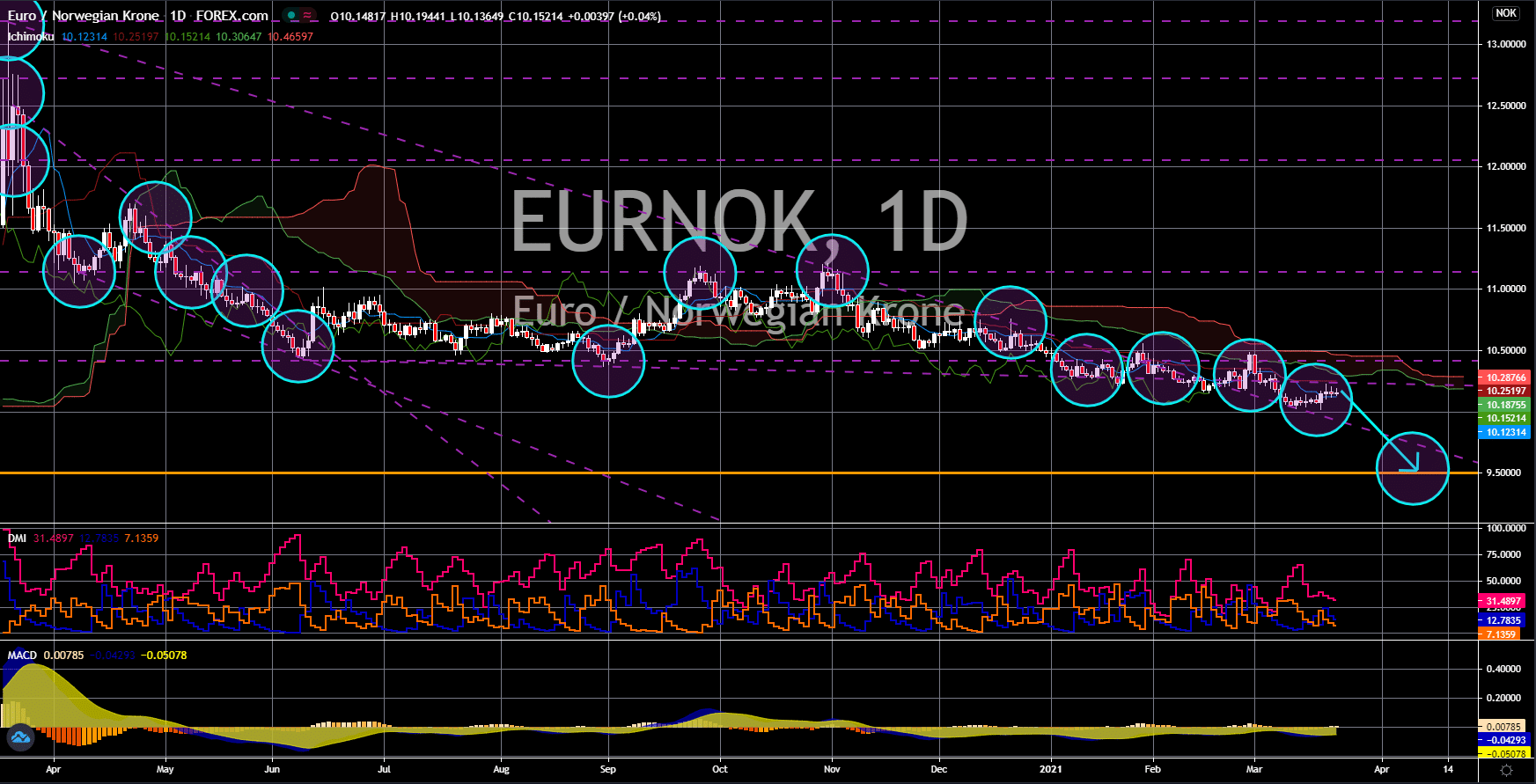 The pair failed to break out from a key resistance area at 368.709. The European Central Bank (ECB) announced that purchase of government issued bonds will be higher in the second quarter to support its member states amid the third wave of coronavirus. The central bank has a total of 2.21 trillion to spend for the Pandemic Emergency Purchase Program (PEPP), which is due in the next 12 months. The increased liquidity in the Eurozone is expected to send the euro currency lower. In addition to this, the bond buying program was aimed to tame inflation. Core inflation, which is composed of basic goods, in January spiked to 1.4% from just 0.2% in December. This increased worry among investors that a continued momentum could result to inflation data soaring past from the ECB’s target of 2.0% year-over-year. The main reason for high prices were the programs introduced by member states to raise more cash, specifically Germany’s new carbon tax. 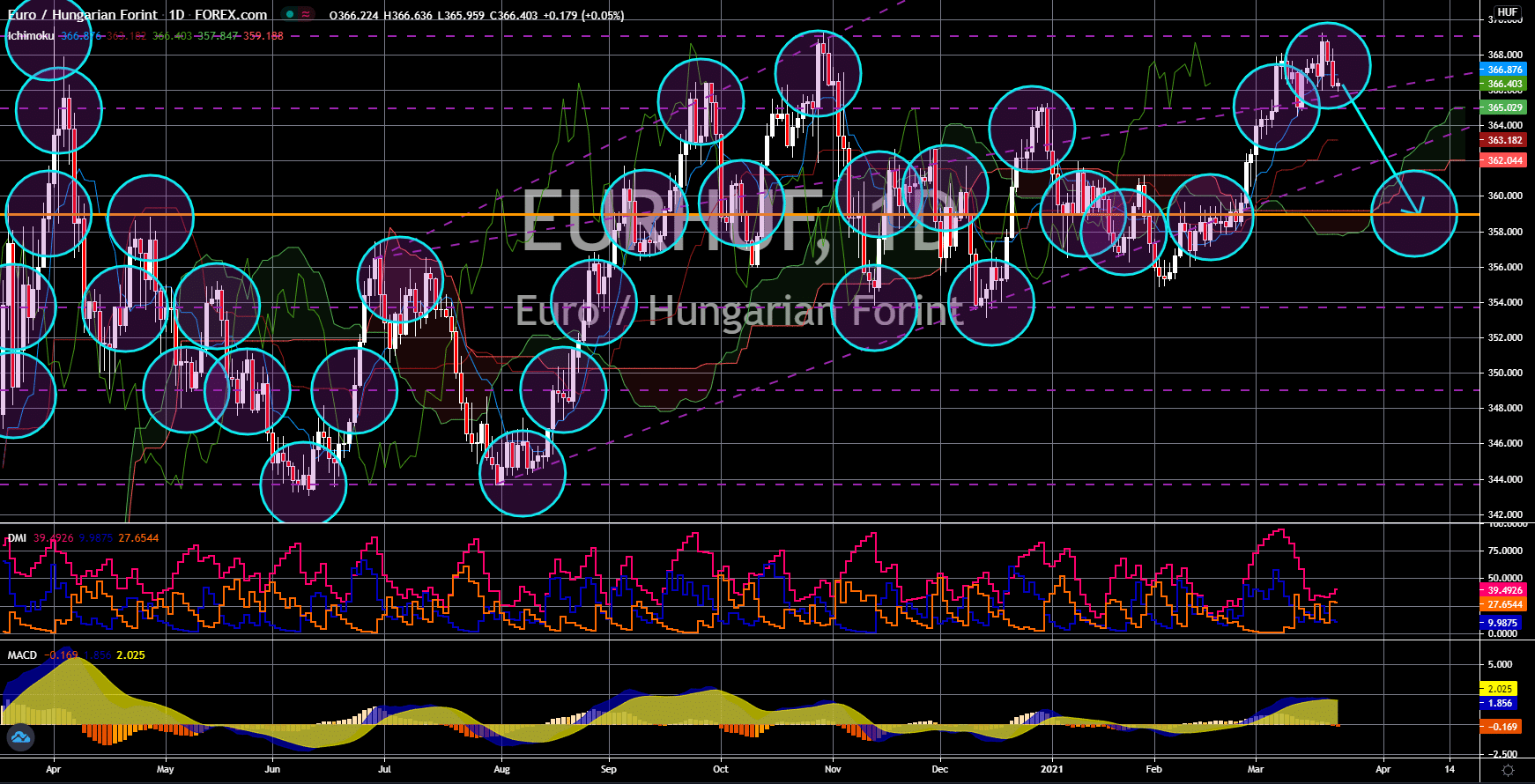