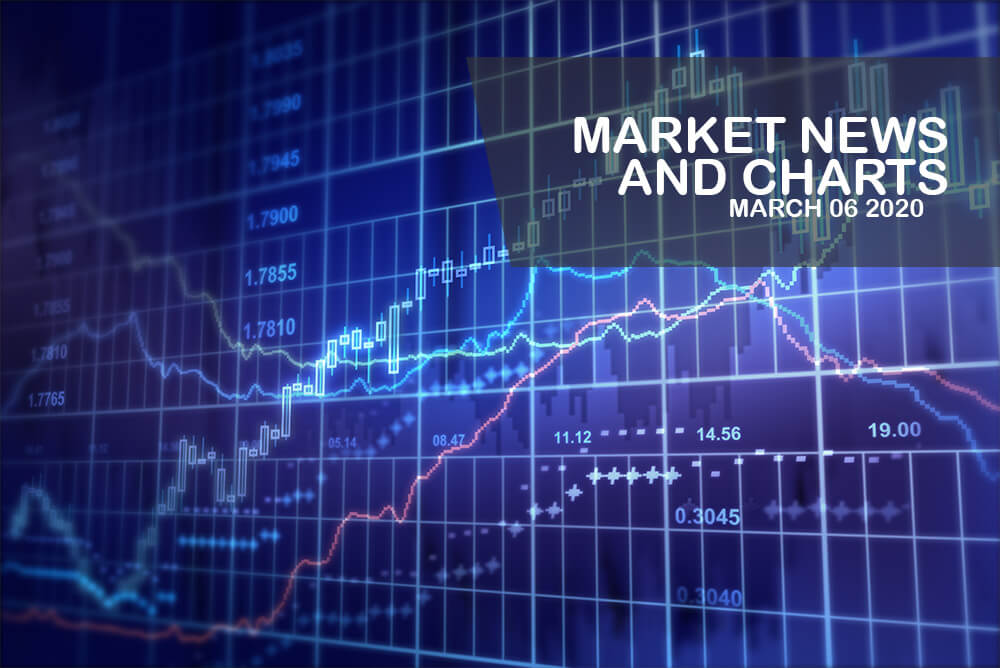 The pair will continue to move lower after it broke out from the “Rising Widening Wedge” pattern support line. The British pound will experience a short-term weakness following the announcement made by Goldman Sachs. The investment firm said it is expecting the Bank of England (BOE) to cut its interest rate by 50 basis points. The possible rate cut will follow the move by the Federal Reserves and Bank of Canada (BoC) this week. Meanwhile, UBS (Union Bank of Switzerland) said it is expecting the British central bank to slash a 0.25% rate. The comments made by the investment banks were in response to Mark Carney, BOE governor. He said that BOE is cooperating with the government to deliver a “powerful and timely” answer to COVID-19. Economists, on the other hand, warned that the United Kingdom might enter a recession following Carney’s comment. Japanese yen is also struggling amid the weak Japanese data.

The pair will continue its steep decline in the following days towards its January 2019 low. Canada and Japan both published reports this week relating to each economy’s labor and productivity. Japan’s overall wage for February went up by 1.5% from -0.2% prior. At the same time, the country’s average cash earnings YoY increased by 1.7% from its previous record of -0.2%. The data published this week calmed investors who are pessimistic about the country’s economy. Japan recently released a figure for the fourth quarter of 2019, which disappointed investors. Tokyo’s gross domestic product growth shrank by 1.6% in Q4. As Japan recovers from its economic misstep, Canada emerged as the next country to be on the brink of recession. Canada’s labor productivity for the last and final quarter of 2019 dropped to -0.1%. The negative growth in labor productivity and interest rate cut by the Bank of Canada will weaken the Canadian dollar.

The pair will continue to move lower after it broke down from an uptrend channel support line. Investment Banks Goldman Sachs and UBS anticipate the Bank of England (BOE) to cut its benchmark interest rate. GS sees the central bank cutting 50 basis points while UBS expects the BOE to cut 0.25%. Central banks around the world followed the Federal Reserve decision on Tuesday, March 03. To date, central banks of Australia, Malaysia, and Canada cut their rates by 0.25%, 0.25%, and 0.50%, respectively. The negative sentiment among economists and analysts put pressure on Governor Mark Carney. In response to this, the central bank head said it is currently in talks with the British government. However, analysts warned that the ongoing Brexit negotiations and threat posed by the COVID-19 could send the country into recession. The Swiss franc, on the other hand, shines the brightest amid its safe-haven appeal.

The pair will continue its rally after it broke out from a critical resistance line towards its July 2009 high. The Reserve Bank of Australia slashed 25 basis points on its benchmark interest rate on Monday, March 02. The move by the central bank came a day before the Federal Reserve announced a 0.50% cut. Despite having its rate cut this week, analysts are anticipating the RBA to cut rates further on the next meetings. The pessimism among analysts roots from the comment made by the central bank. According to the RBA, interest rate cuts will not save the economy from the deadly coronavirus. The country began to cut rates in the second half of 2019 amid the escalating US-China trade war. However, the COVID-19 threat, statistically, is more significant than the trade war. On the other hand, the euro stabilizes as Asia and America panics from the growing cases of the deadly novel coronavirus.