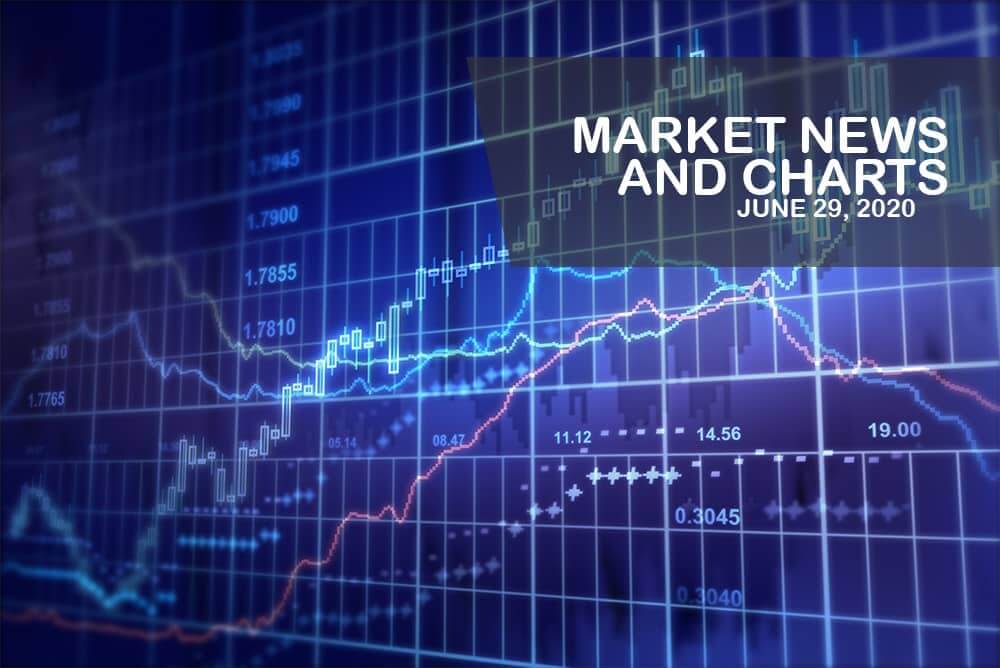 Hey traders! Below are the latest forex chart updates for Monday’s sessions. Learn from the provided

The British pound continues to dominate the Brazilian real in the sessions. The Latin American currency stood no chance against the pound thanks to the recent promise of the British Prime Minister to rescue the economy. The pair is still extremely bullish and should reach its resistance level by the first half of July as the Brazilian real continues to depreciate. Moreover, it was recently reported that BPM Johnson vowed to spend billions of pounds to help save the United Kingdom’s economy. The British leader tweeted “We want to build our way back to health” sending signals for bullish investors to floor their gas pedals. Johnson promised to step up his agenda and provide people with new opportunities post-coronavirus pandemic. As for Brazilian real, bearish investors are cautiously moving as the country continues to see an alarming number of new confirmed coronavirus cases and death and has just had its worst week yet last week.

The US dollar is seen trading strong against the Brazilian real today despite its broader weakness in the global market. In fact, the US dollar is seen dropping to its 2-day lows just today. So, why does the US dollar to Brazilian real exchange rate continues to rise? The answer is simple. Investors are really alarmed by the number of coronavirus cases and deaths in the Latin powerhouse. This is driving the demand for safe-haven currencies such as the US dollar by local traders. The risk sentiment in the market has been fluctuating the past sessions, now it was reported that China’s coronavirus vaccine is showing impressive signs. CanSino Biologics reportedly developed the vaccine and the Chinese military recently received the approval to use it. The clinical trials of the said drugs found that it was safe to use, and it showed efficacy to the patients. China currently has eight candidates for the coronavirus race which still has a long way to go.

The Romanian leu is doing a good job defending its gains against the US dollar, giving bullish investors an extremely difficult time in the sessions. However, the odds are still in favor of the greenback and its safe-haven appeal, which as of the moment, aren’t working quite well. The pair should recover its losses from the steep plunge seen in late May and early June. The US dollar to Romanian leu exchange rate’s prices should reach its resistance by the first half of July. See, the pandemic has taken a great toll on major economies, hitting every powerhouse and emerging markets in the world including Romania. The massive spike in cases in Romania was due to the number of citizens returning home from other European Union countries. And later this week, the Romanian government, led by the prime minister, is scheduled to unveil the coronavirus recovery plan that will span for five years and will be worth billions of euro.

Despite the massive effort of the Norwegian government to save the economy, the Norwegian krone gets little support in the sessions. The pair is on track to reach its resistance level in the first half of July, seeing levels last seen in early May. Moreover, the Norwegian central bank announced that it has reduced its initially planned issues of government bonds this 2020 to around 70 billion to 75 billion crowns from 70 billion to 80 billion crowns last March. The Norwegian central bank’s plan was first presented in December 2019, before the coronavirus pandemic struck the economy. Hence, the government scheduled bond auctions that are worth about 55 billion crowns. According to the central bank, the uncertainty around the government’s borrowing requirements is notably higher than the normal. As for the euro, its currently receiving support from the news that one of China’s coronavirus vaccine has been proven safe in its initial trial.