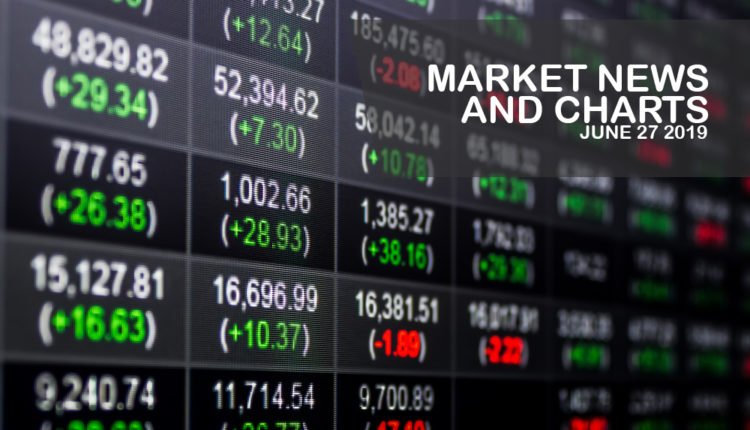 The pair was seen to recover after it was sold down heavily in the past few days, sending the pair lower towards a major resistance line. Hungary was planning to buy U.S.’ F-35 fighter jets following the official letter sent by its fellow Visegrad Group member, Poland, to purchase F-35. The United States’ strategic defense had pivoted to the Eastern bloc after the fallout of its relationship with Turkey. Turkey said its purchase of Russia’s S-400 anti-missile defense system is set to be delivered on the first week on July. Russia’s S-400 was typically made to shoot down U.S.’ F-35 fighter jets, and Turkey being a member of the NATO (North Atlantic Treaty Organization) Alliance was part of the defense sharing agreement, which translates to the country being able to purchase U.S.’ fighter jets. The purchase of Turkey from Russia was seen to compromise the Western Alliance’s defense.

The pair was seen to further go lower after it failed to get back from the uptrend channel support line, sending the pair lower towards a major support line. In less than a year and a half, the U.S. will go back to voting stations again to elect its president. One candidate that was expected to run was the incumbent U.S. President Donald Trump, who is seeking to be re-elected for another term. However, President Trump was struggling to materialize his key policies during the 2016 Presidential Election as the Congress, partly controlled Democrats, are trying to defy President Trump’s policies, particularly with issues regarding immigration. President Trump proposed building a wall with its border with Mexico, but eventually failed in Congress. Now, he imposed 5% tariffs on all Mexican goods. However, a picture showing a body of two Mexicans drowned on a river that runs between Mexico and the U.S. sparked another concern for Trump’s agenda.

The pair was seen to bounce back from a support line, sending the pair higher towards a major resistance line. Polish President Andrzej Duda recently had his second visit to the White House in less than a year, establishing Poland as the closest European partner of President Trump. The United States was turning away from its traditional ally, Germany and France, and pivoting its focus to the Eastern and Nationalist bloc, the Visegrad Group, which were also wary of the rising aggression of Russia on its border with the European Union. Poland had even offered a U.S. military base on its country to be named after U.S. President Donald Trump. Poland had also sent an official letter to purchase U.S. F-35 fighter jets after the fallout in the relationship between the United States and Turkey. Poland was also looking to sign on energy deal with the U.S. to prevent its dependence on Russia’s natural gas import.

The pair failed to breakout from a major resistance line, sending the pair lower towards a major support line. A U.S.-led conference in Bahrain, headed by Presidential Senior Advisor and son-in-law of U.S. President Donald Trump, Jared Kushner, designed to drum up investment in the Palestinian economy and pave a path to peace with Israel has gone largely unremarked by Israelis preoccupied with a political crisis and their arch-foe Iran. President Trump is a key figure for the re-election win of Israeli Prime Minister Benjamin Netanyahu’s party on the recent election after he recognized the whole city of Jerusalem as Israel’s capital, followed by its recognition of Gaza strip, Golan Height, and West Bank as Israel’s territory. However, Israeli was seen to be pushing back against any United States’ efforts to make a peace deal between Israel and Palestine.