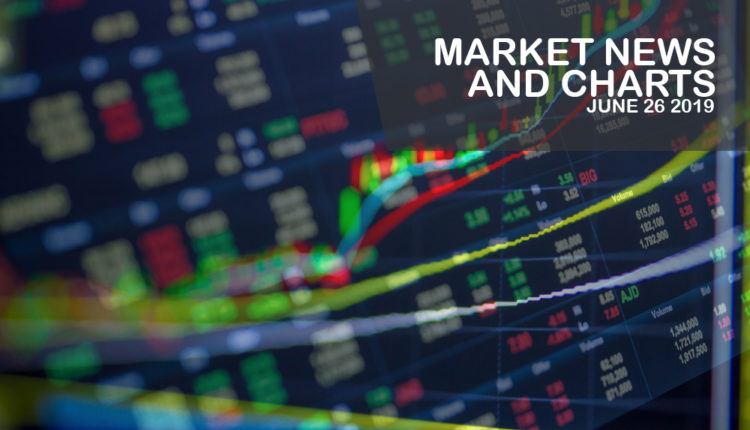 The pair was expected to break down from a key support line, sending the pair lower towards a historical support line. Russian representatives will be allowed to return to the Council of Europe’s parliamentary assembly after the body voted to restore their voting rights. Moscow was barred from the international assembly five (5) years ago over its annexation of Crimea – and its return has provoked fury from Ukraine. Before this, The European Union formally extended restrictive measures against Crimea and Sevastopol for one year within the framework of their policy of non-recognition of reunification with Russia. Russia countered back after Russian President Vladimir Putin signed a law prolonging the embargo against Western countries, including the European Union and the United States, that have imposed anti-Russia sanctions. Aside from this, the report finds that Russia meddles in the EU election through social media.

The pair were seen to continue its decline in the following days to reach its 12-month low last seen in August 2018. The European Union’s top court, the EU Court of Justice, ruled that Poland’s forced retirement of its Supreme Court judges is illegal based on EU law. The judgment followed an October 2018 EU Court of Justice decision ordering the Polish government to suspend the application of the law, which authorities complied with. The Eastern and Nationalist bloc, the Visegrad Group, was slowly getting away from the Germano-Franco led the European Union after it accused them of discriminating small EU-member states. Hungary, Poland, Czech Republic, and the Slovak Republic, were former Soviet satellite states, which became part of the EU enlargement in 2004. However, 15 years after its accession, the Visegrad Group was seen turning away from the European Union and increasing its alliance with the United States.

The pair was expected to bounce back and retest a major resistance line after it was sold down heavily in the past few days. The Czech Republic holds the biggest rally since the fall of communism as its Prime Minister Andrej Babis, a populist leader known for his anti-Muslim campaign, faces pressure to resign. PM Babis is under investigation by European Union’s anti-fraud team despite running on an anti-corruption himself. He is also facing investigation in the Czech Republic for alleged misuse of EU subsidies. PM Babis is a billionaire businessman with a net worth of $4.1 billion before becoming the country’s Prime Minister. This will be beneficial for the European Union, which was facing backlash in the Central and Eastern Europe (CEE). The European Union is being divided with the rising nationalism and populism inside the bloc, which threatens the very existence of the bloc itself.

The pair were seen to continue its steep decline after it broke down from a support line, sending the pair lower towards a major support line. The Czech Republic rallied on streets demanding for the resignation of its Prime Minister Andrej Babis after the billionaire turned politician was labeled as a threat to the country’s democracy. Since the election of U.S. President Donald Trump, the trend of populism and nationalism around the world had increased, including 28-member states bloc, particularly the Eastern and Nationalist bloc, the Visegrad Group, composing of Hungary, Poland, Czech Republic, and the Slovak Republic. These nationalist countries were trying to win the majority of seats during the European Parliamentary Election but had failed, prompting them to turn to the United States to counter Russia’s aggression on EU’s border. The tension increases following the withdrawal of the U.S. and Russia from the nuclear pact treaty.