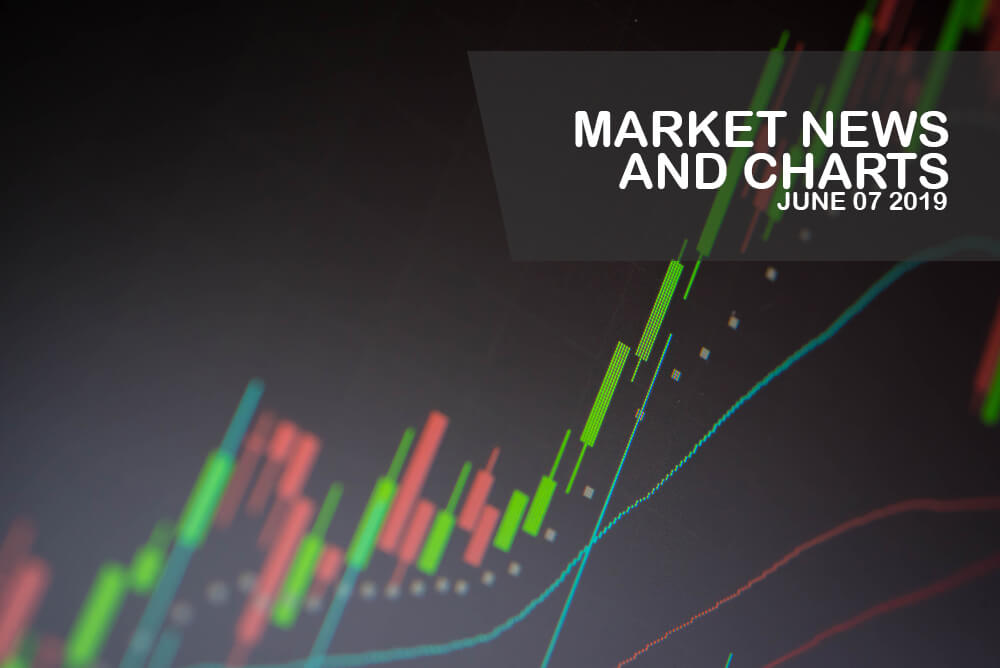 The pair was seen to bounce back from its support line, sending the pair higher towards a major resistance line. New Zealand Prime Minister Jacinda Ardern said that her country will never bend to pressure from the United States and the United Kingdom amid the U.S. suggesting to its allies, particularly the member of the Five Eyes Intelligence Alliance, to ban the Chinese technology giant Huawei amid the security concerns. On Monday, U.S. President Donald Trump visited the UK as he tries to strengthen the ties between the two (2) powerful economies with the United Kingdom set to withdraw from the European Union until October 31. This will be problematic for New Zealand as it moves away from the global leadership led by the United States. Its neutral stance will not help the country either as it lacks allies and resources it needed to make the country self-reliant.

The pair was expected to go up in the following days to complete the “Rising Wedge” pattern. The trade war between the two (2) largest economies in the world, the United States and China, was far from over. The United States recently imposed additional 10% tariffs, which sums up to 25%, on $200 billion worth of Chinese goods. China retaliates by imposing 25% of $60 billion worth of American goods. Now, U.S. President Donald Trump threatened to impose another 25% tariffs on $300 billion worth of Chinese goods, which basically means the U.S. will impose tariffs on all Chinese exports to the country. The trade war escalated with Alphabet (Google) banning Huawei from using its Android mobile system, whereas in China, people are dumping Iphone products. The next move seen from the U.S. was its referral to Taiwan as a country. China maintains its position that Taiwan was a Chinese wayward province.

The pair was seen to recover in the following days after it was sold down, completing the “Cup and Handle” formation. Turkey was in attack from all sides, from the United States’ pressure to halt its sale of F-35 fighter jets to Turkey if the country will continue to purchase Russia’s S-400 missile defense system to the 8th European Parliament holding a non-binding vote to suspend Turkey’s accession inside the European Union. The U.S. led NATO (North Atlantic Treaty Organization) Alliance members are threatened that Turkey’s purchase from Russia might compromise the defense sharing agreement of the group. During the Cold War, the Allied states represents the West or the NATO Alliance, while the Axis states represent the East or the USSR (Union of Soviet Socialist Republics). Turkey is an important geopolitical ally as its serves as the gate between the East and the West.

The pair was expected to try to penetrate the uptrend channel support line, which will send the pair higher. New Zealand was the only country who successfully signed a post-Brexit trade agreement with the United Kingdom, while maintaining its existing trade relations with the European Union. Australia did the same thing but received quotas from the EU. Following the possibility that the UK and the United States to sign a bilateral trade agreement will be unfavorable to New Zealand after New Zealand Prime Minister Jacinda Ardern said that the country’s decision will not be influence by the United Kingdom or the U.S. This will make New Zealand to side more with the European Union, which was not good for the country who was trying to maintain a neutral stance between nations. The possibility of the CANZUK (Canada-Australia-New Zealand-United Kingdom) will also be not beneficial to the country.