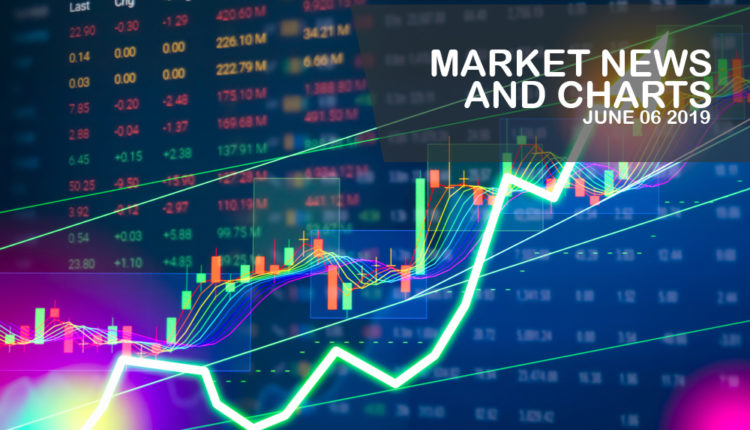 Hey traders! Below are the latest forex chart updates for Thusday’s sessions. Learn from the provided analysis and apply the recommended positions to your next move. Good day and Good Luck!

The pair will continue its rally and move higher to retest a resistance line, as part of a healthy downward movement. New Zealand wants to follow Switzerland and Singapore’s move to become neutral in global issues. During the Venezuelan crisis, New Zealand was remarkably seen to be the only country that didn’t take sides between the Maduro government and the self-proclaimed Venezuelan President Juan Guaido. However, the country was not completely self-dependent as it still relies on Australia for much of its military. With the fallout of Australia’s economy, New Zealand was seen to replace the country to become a regional power in Asia, which will directly compete with Japan, another regional power. However, comparing these countries, Japan was way bigger than New Zealand, with the former recently ratified the EU-Japan trade deal, which became the largest trading zone in the world.

The pair will continue to move lower in the following days after it failed to sustain its strength needed to breakout from a major resistance line. The Tianmen massacre in Beijing serves as a reminder for the world on Chinese oppression of Democracy. The scenario was once again being seen in Hong Kong after the Chinese Communist Party took over the politics in Hong Kong, which further limits the freedom of its citizens and undermine the autonomy granted to the Special Autonomous Region (SAR) by the British government during the handover of Hong Kong to China. The Hong Kong Policy Act on the other hand, was preventing the United States to rule over its exports to the country and prevents the U.S. from imposing tariffs to Hong Kong. In the recent years, Hong Kong had successfully become China’s pawn in eluding international sanctions and pressure.

The pair was seen to continue to its steep decline, sending the pair lower towards previous low. For the first time in nine (9) years, Singapore surpassed Hong Kong and the United States to become the most competitive economy in the world. This news will increase Singapore’s leverage to the United States. This was following the reliance of Singapore to U.S. military equipment despite the country’s statement that it is neutral between the United States and China. In the past few months, Singapore and the United States was seen increasing their military exercise as the rising Chinese military prompted the old allies to secure the nearest route connecting the South China Sea to the Indian Ocean. In Sri Lanka, China was currently in a 99-year lease with the countries biggest port after the company holding the port defaulted to it Chinese debt, with analysts officially naming this strategy as the “Chinese debt trap diplomacy”.

The pair was expected to fail to breakout from an uptrend resistance line, which will send the pair lower to the next uptrend resistance line. Following the withdrawal of the United States and Russia from the 1987 nuclear pact treaty, the INF (Intermediate-range Nuclear Forces), a new era of Cold War was brewing. This issue is particularly alarming in Europe as they will be the target of U.S. and Russia’s nuclear missiles with the medium-range nuclear missiles. In Europe, Denmark was seen to replace the United Kingdom in the trilateral power balance with Germany and France. However, the country relies for U.S. protection on the Greenland, which was part of the Kingdom of Denmark. This was after the melting of the Arctic Ocean paves way for a new disputed territory on which the United States, Russia, Canada, Norway, and Denmark, were the claimants. The European Union was planning to establish an EU army.

Crypto: BTC the Safe Haven of the Market?