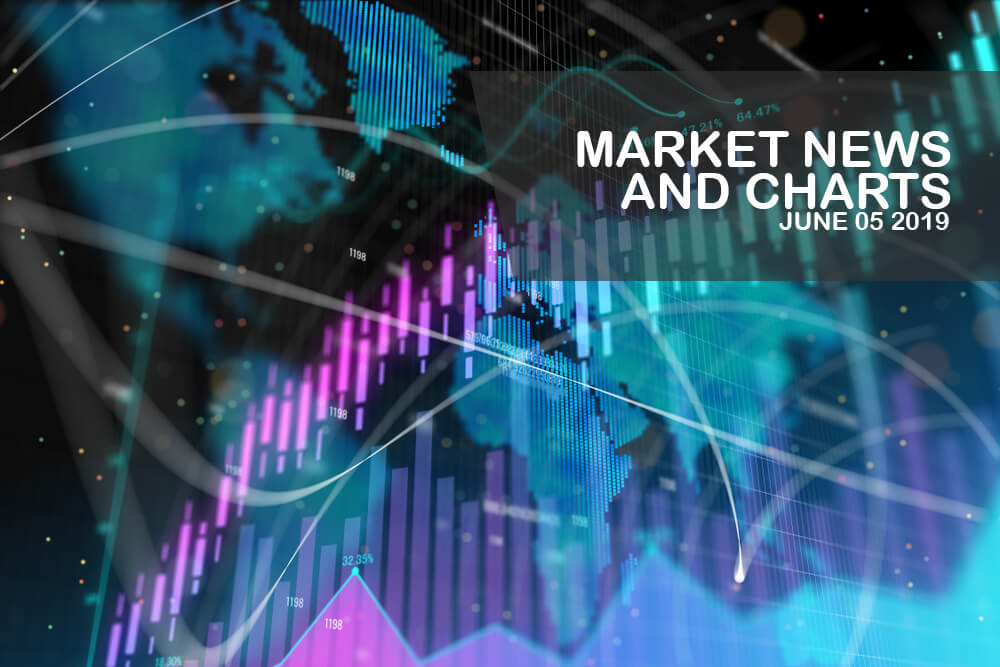 The pair bounced back from the uptrend support line, sending the pair higher towards a major resistance line. Canada was seen recovering from the political and economic turmoil that the country had gone through in the past months. First, Canada and the Kingdom of Saudi Arabia was in a political turmoil after Canada calls out the jailing of an activist. Second, Canada and Mexico had been subjected to Trump’s trade war. And third, Canada’s relationship with China falls down following its arrest of Huawei’s CFO amid pressure from the United States. With all these issues, Canada found a friend in Japan after the later advised the former to shift its focus from the issues to its economy. Japan and Canada were now the largest beef exporter in the CPTPP (Comprehensive and Progressive Trans-Pacific Partnership) and both recently joined the Germano-Franco led “alliance of multilateralism”.

The pair was seen to continue its steep decline and to break down from a major support line, sending the pair lower towards its next major support line. The relationship between the United Kingdom and Switzerland was expected to deteriorate following the Brexit extension until October 31 and the failure of UK Prime Minister Theresa May to stop the country’s participation from the recently held European Parliamentary Election, which worries investors that the possibility that the UK will reverse the Article 50 or the Brexit is imminent. Aside from Switzerland, countries who signed a post-Brexit trade agreement with the United Kingdom will also be affected. On the other hand, Switzerland was the first European country to sign an agreement with China for its Belt and Road Initiative. Chinese President Xi Jinping recently met with German Chancellor Angela Merkel and French President Emmanuel Macron.

The pair successfully bounced back from a major support line, sending the pair higher to retest its previous highs and attempt for the 4th time to break out. During the recent European Parliamentary Election, Germany’s European People’s Party (EPP) leads the election, making the Germano-Franco alliance to cement their leadership role in the European Union. This also gives the bloc the upper hand on the Brexit negotiation with the United Kingdom, which will be catastrophic for countries who signed a post-Brexit trade agreement with the UK, particularly Australia. Australia had recently entered a recession for the first time in 27 years and it will need the trade agreement it signed with the United Kingdom to prop-up its economy, following the quotas imposed by the European Union to Australia after its signed the agreement with UK while maintaining its trading relationship with the EU, which didn’t go well for the bloc.

The pair was seen to continue its rally after it broke out from a downtrend support line, sending the pair higher towards another resistance line. The relationship between the United States and the European Union was at its lowest after U.S. President Donald Trump threatened its rivals and allies that it will impose tariffs on countries it find were doing unfair trade practices, including the European Union. The win by Germany’s European People’s Party (EPP), however, had cemented the leadership of the Germano-Franco alliance in the European Union. Aside from this, Chancellor Angela Merkel and French President Emmanuel Macron’s vision of an EU Army might come true soon, a move that was seen for the EU to get rid of the United States, particularly the U.S. led NATO (North Atlantic Treaty Organization) Alliance. The win had also weaken the Populist and Nationalist parties inside the European Union.