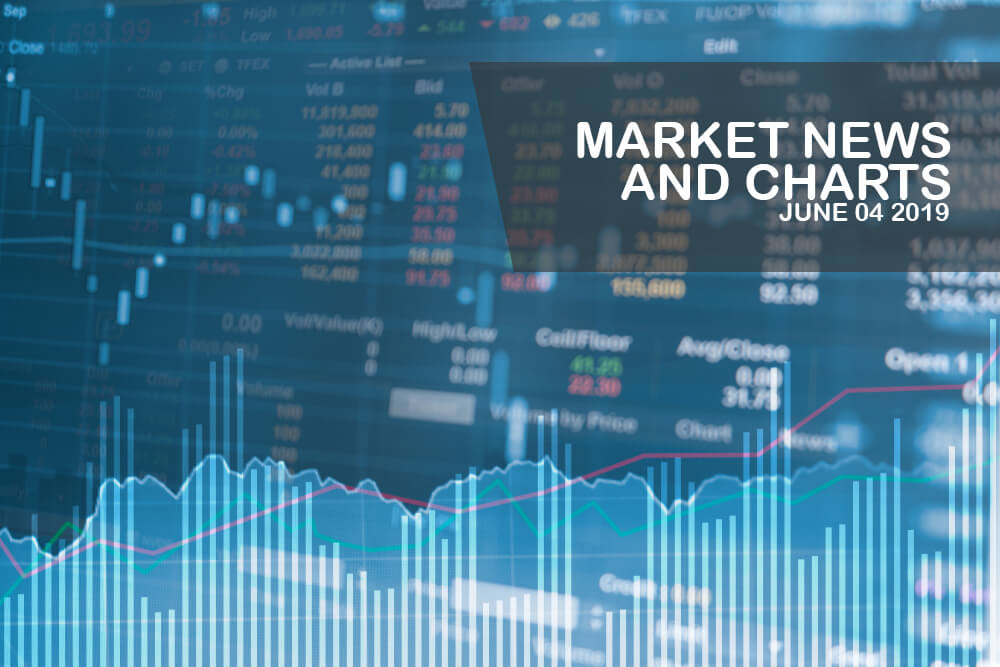 The pair was expected to recover after being sold heavily in the past few days, sending the pair higher towards its previous high. The European Union and Japan were trying to counter the effect of the trade war between the United States and China through globalization and with the two (2) economies’ ratification of the EU-Japan Free Trade Deal, which became the largest trading zone in the world. However, the advancement in the relationship between the two (2) economic powers was threatened by the recent European Parliamentary Election. A week after the election, however, Germany’s European People’s Party (EPP) was seen leading the polls, which signals that the Germano-Franco alliance was still leading the European Union. Aside from the trade war with China, U.S. President Donald Trump threatened to tariff EU and Japanese goods and had given 180 days to come up with a deal.

The pair failed to breakout from the “Rising Wedge” pattern resistance line but was expected to break down from the pattern support line. U.S. President Donald Trump had recently imposed 5% tariffs on all Mexican goods to pressure the U.S. Congress to pass the ratified NAFTA (North American Free Trade Agreement) deal and to build the border wall between the United States and Mexico. However, the possibility of President Trump imposing the same to Canada was played small by analysts as Canada was seen shifting its economy from one that was dependent on the United States to one that was dependent on the pacific rim trade pact, the CPTPP (Comprehensive and Progressive Trans-Pacific Partnership), which the United States had withdrawn in January 2017 following the election of President Trump. Aside from this, Canada and Japan had recently joined the Germano-Franco’s “alliance of multilateralism”.

The pair was seen to continue its rally after it bounced back from a major support line, sending the pair higher towards the nearest resistance line. The win of Germany’s European People’s Party (EPP) during the recent European People’s Party was seen to benefit New Zealand as the country maintains its existing trade agreement with the European Union, while signing a post-Brexit trade agreement. This had cemented New Zealand’s influence inside the bloc. However, this was also seen as an ignore to the United States after New Zealand Prime Minister Jacinda Ardern said that the country’s decision with China’s telecommunication giant Huawei will not be influenced by the U.S. The United States and the European Union was also at its lowest after U.S. President Donald Trump threatened its ally that it will impose tariffs on EU’s manufacturing industry.

The pair was expected to retest the “Pitchfork” pattern’s middle resistance line, sending the pair higher. Australia and Japan were two (2) regional powers in the Asia Pacific and were both leading the pacific rim trade pact, the CPTPP (Comprehensive and Progressive Trans-Pacific Partnership). However, the two (2) countries are at odds with certain issues including the United States and the European Union. The election held in Australia and the EU had both seen the incumbent majority to win, which means that the current relationship between the two (2) economies was likely to remain. Unlike the Australia, however, the EU was facing strong resistance from its member states, which was seen to further divide the bloc, which could weaken the entire European Union. Japan having recently ratified the EU-Japan free trade deal, was also expected to be affected with the current turmoil in the EU.