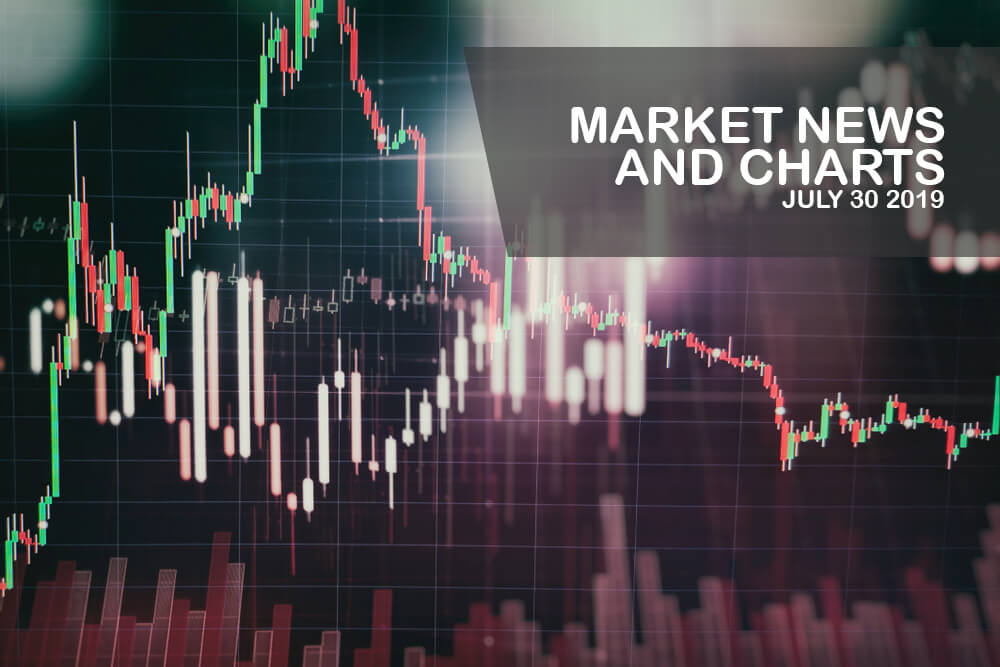 The pair broke out from a major resistance line, sending the pair higher toward its 27-month high. The win of Boris Johnson to become the next leader of the UK Conservative Party and in extent the new British Prime Minister will change the political landscape within the European Union. The Germano-Franco alliance, together with the United Kingdom, composed the trilateral power balance inside the bloc. However, the promised of PM Johnson to leave the bloc until October 31, and to have a “no deal Brexit” if necessary, makes Germany and France the dominant power inside the bloc. This, however, is being challenged by the rise of the Visegrad Group, an Eastern and Nationalist bloc inside the EU. One of its most vocal members, Hungary, was trying to defy the status quo and challenge the Germano-Franco alliance. This will give the United States an increased influence towards the European Union.

The pair was seen to breakdown from key resistance lines, which will send the pair lower toward its 10-month low. Since the election of U.S. President Donald Trump, he had waged war to countries it found were doing unfair trade practices, including its allies. Trump had ratified the NAFTA (North American Free Trade Agreement) after he accused Canada and Mexico of taking advantage from America. Now, President Trump was currently in a trade truce with China after the two (2) countries were engaged in a tit-for-tat war that saw the U.S. imposing 25% tariffs on $200 billion worth of Chinese goods and threatened to impose additional 25% tariffs on $300 million Chinese goods, which basically covers all Chinese exports. However, during the trade war with China, Mexico emerged as the largest trading partner for the U.S., prompting President Trump to impose 5% tariffs on all Mexican goods.

The pair was expected to breakout from a major resistance line, sending the pair higher toward its 15-month high. Germany’s defense minister Ursula von der Leyen was European Commission president-elect and she expressed her willingness to unite together the EU-member states following the withdrawal of the United Kingdom from the bloc and the rising Populism and Nationalism inside the bloc. This had made the Eastern and Nationalist bloc, the Visegrad Group, to gave her their support. However, this might not last following her vision to include the Western Balkan as part of the EU enlargement. The Western Balkan are former parts of the dissolved country of Yugoslavia. Germany and Poland already expressed their disagreement to Ursula’s plan and might encourage the other members of the Visegrad group to block her plan. The Visegrad’s voice was slowly increasing following the expected withdrawal of the UK.

The pair will continue to move lower after it broke down from a major support line, sending the pair lower toward its 17-month low. Israel said it successfully test Arrow 3 Missile Defense System, which is backed by the United States, in Alaska. In the recent months, it will be noted that the U.S. purchased Israel-made Iron Dome Missile Defense System, while Israel bought U.S.-made THAAD (Terminal High Altitude Area Defense). This will make the two (2) countries to push their limit of their missile defense system capabilities. In line with this, Israel said it had expanded its operations against Iranian targets in Iraq. This will make America and Israel an inevitable ally following the withdrawal of the U.S. from the Iran Nuclear Deal and after the threats by Iran that it will block the Strait of Hormuz, which is vital for companies and countries importing and exporting oil.

The role of digital currencies in the global economy

Surescripts in a Battle with Amazon