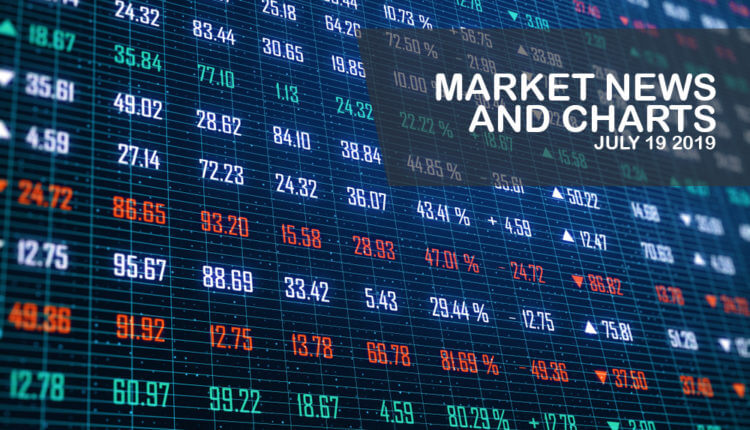 Hey traders! Below are the latest forex chart updates for Friday’s sessions. Learn from the provided analysis and apply the recommended positions to your next move. Take best of the most recent market news. Good day and Good Luck!

The pair broke down from a major support line, sending the pair lower towards another major support line. The United Kingdom was losing grip among countries who signed the post-Brexit trade agreement with them. This was after the resignation of UK Prime Minister Theresa May paved way for candidates with a harder Brexit stand. The leading candidates for the Conservative Party, and by extension the candidates for the next UK Prime Minister, were former and current British Foreign Secretary Boris Johnson and Jeremy Hunt. Switzerland, on the other hand, had been hedging against an unorderly Brexit by being the first European country to strike a bilateral trade agreement with China following the visit of Chinese President Xi Jinping in Europe. Switzerland had also strengthened its ties with the United States following its narrowing relationship with the European Union.

The pair was seen to continue falling down to complete the “Head and Shoulder” formation, sending the pair towards a major support line. Australia might be upping its game following the United Kingdom’s concern about its potential free trade agreement with the country as part of the post-Brexit trade agreement. The UK raise its concern that Aussies might get a better deal. This was also the same concern that the European Union had, which leads to the bloc imposing tariff quotas to Australia. In spite of this, the EU and Australia held the second meeting of the Joint Committee established by their bilateral Framework Agreement in Brussels on 24 June. The two (2) economies are seeking to deepen their bilateral trade agreement as they try to counter the rising protectionism across the globe. Trade Minister Simon Birmingham believes this will open existing restrictions but admits they are symbolic at a time of global trade wars.

The pair was expected to breakdown from a major support line, sending the pair lower towards another major support line. Ursula von der Leyen has been confirmed as the European Commission’s first female president and the first German in the job for more than 50 years. This was following the win of Germany’s European People’s Party (EPP) during the recent parliamentary election. She will take over from Jean-Claude Juncker on the day that Boris Johnson, who is likely to be the next British prime minister, has said he will take the UK out of the EU with or without a deal. However, she backed down from her advocate of making the European Union to become a federal state and to turn into “the United States of Europe.” This issue was timely as the bloc struggles to keep up with the United States of America, particularly now that U.S. President Donald Trump proposes $4 billion new tariffs on EU goods.

The pair was seen to bounce back from a major support line, sending the pair higher towards an uptrend resistance line. Following the threat of U.S. President Donald Trump to Japan and the European Union that he will wage a trade war between the two (2) allies, Japan now said that it was eyeing a possible trade deal by September. This will add to Japan’s economic win this year after the country successfully ratified the pacific rim trade pact, the CPTPP (Comprehensive and Progressive Trans-Pacific Partnership), and the EU-Japan free trade deal, which became the largest trading zone in the world. However, the country was struggling with South Korea after tensions rise following a dim past where Japan occupied the country. Now, this tension transformed to a full-blown trade war, which prompted the United States to mediate. The U.S. will need the two (2) allies against the uprising of North Korean and Chinese military.