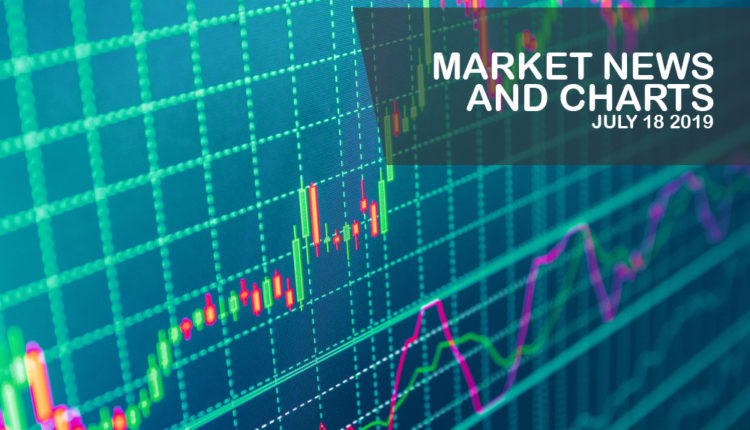 The pair broke out from the “Falling Wedge” pattern resistance line, sending the pair higher towards the nearest resistance line. Following the withdrawal of the United Kingdom from the European Union, their allies are forced to take sides between the two economies. New Zealand signed a post-Brexit trade agreement, while maintaining its existing trade relations with the European Union. Australia did the same thing but had received retaliation from the EU as the agreement was seen to benefit only Australia. Lastly, Canada received a green light from the European Parliament to conduct a bilateral trade agreement with the European Union. However, in the recent days, Canada hadn’t been making any progress with its deal with the EU following the announcement of Britain, regarding its temporary tariffs. This will hedge any impact of the UK’s withdrawal from the bloc. Australia was seen to benefit from these temporary tariffs.

The pair was expected to break out from a resistance line following its second attempt. Which will send the pair higher towards a major resistance line. Australia had been benefiting from the recent announcement of the United Kingdom about the temporary tariffs that the country will impose once it officially withdraws from the European Union. The tariffs were expected to open about 87% of total British export. The UK haven’t negotiated since 1972 since its accession to the European Union, making trade deals with EU-member states on the discretion of the EU Institutions. Switzerland on the other hand, had made a move which might limit its post-Brexit trade agreement with the UK. Switzerland was the first country to sign an agreement with China after the visit of Chinese President Xi Jinping in Europe. Switzerland was also in talks with the U.S. for a possibility of sticking a bilateral trade agreement between the two countries.

The pair was seen to break down from a major support line. While sending the pair lower towards another major support line. Following the ratification of the EU-Japan Free Trade Agreement and the withdrawal of the United Kingdom from the European Union, the UK said that it will not entertain any talks between the country and Japan until the United Kingdom officially leaves the bloc. Japan on the other hand, says that the next British Prime Minister must not leave the European Union without a deal. Following her failure to pass three different deals to the British Parliament, UK Prime Minister Theresa May decided to step down and let a new minister to try to convince parliament to back the government deal. The leading candidates for premiership were former and current British Foreign Secretary Boris Johnson and Jeremy Hunt. However, these two candidates were outgunning each other on who was the “hard Brexiter”.

The pair failed to sustain its strength after it broke out from a major resistance line, sending the pair lower back to a major uptrend support line. Japan had helped Canada to shift its focus from China ton its economy. Particularly to maximize the potential of the pacific rim trade pact, the CPTPP (Comprehensive and Progressive Trans-Pacific Partnership). Canada was also struggling to keep up with the United States after the election of U.S. President Donald Trump in 2016 had pushed the neighboring countries to ratify the NAFTA (North American Free Trade Agreement). Despite the U.S.’ withdrawal from the world, Japan was trying to reach out with its ally to further strengthen its economy. Japan had recently ratified the EU-Japan Free Trade Deal, which became the largest trading zone in the world. Aside from this, Japan also heads the CPTPP on which the United States was a former member.