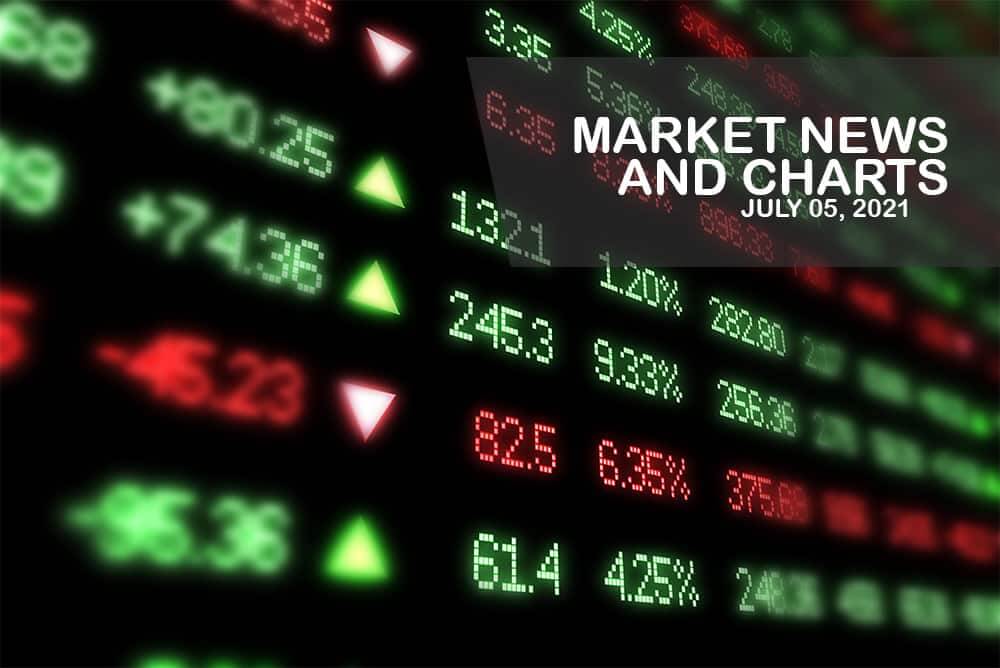 The EURNZD pair will continue to move higher in the following days and move past the downtrend resistance line. All records for the Purchasing Managers Index (PMI) from the EU and its member states came in higher than the previous results on July 05. Germany, the bloc’s largest economy, led the gains. The country’s Composite and Services PMIs were up to 60.1 points and 57.5 points. Meanwhile, both numbers from France beat consensus estimates for the same reports. The final results for June were 57.4 points and 57.8 points. Italy, the EU’s third-biggest economy, also posted figures above the 50.0-points benchmark at 58.3 points and 56.7 points. As for the Eurozone, the numbers were all-time high records. The Markit Composite PMI came in at 59.5 points while Services PMI inched higher to 58.3 points. For the manufacturing PMI, the data from the EU, Germany, France, and Italy were 63.4 points, 65.1 points, 59.0 points, and 62.2 points. 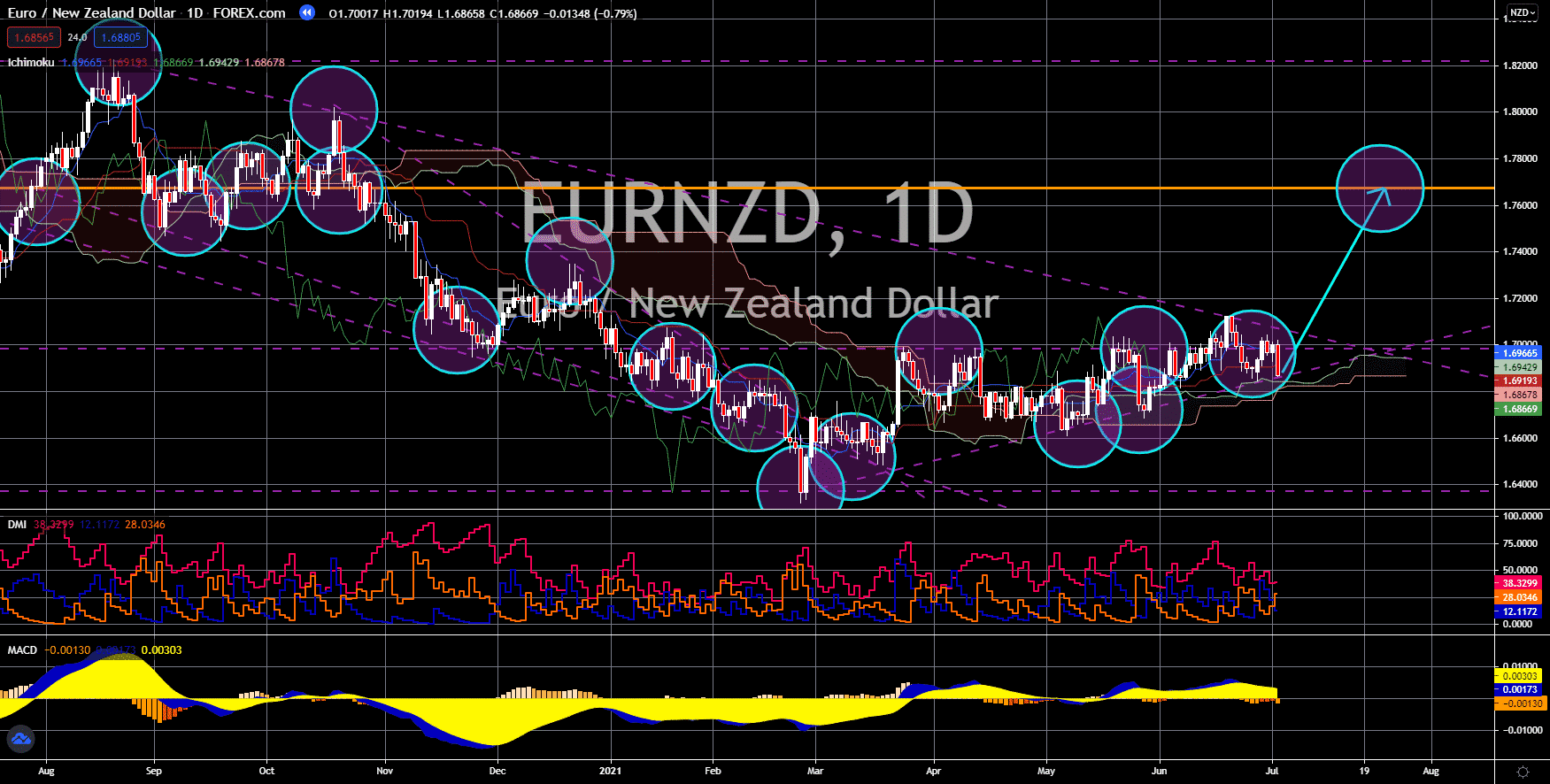 The pair is headed near the 1.05500 area to form a “Head and Shoulder” formation. The decline in Australia’s economic reports suggests the need for further intervention by the RBA to support economic recovery. The country’s Services PMI marked the second consecutive month of drop in the number at 56.8 points for June. The Australian Industry Group (AIG) Construction Index also showed a downward trend with the latest report from June recording 55.5 points from the high in March at 61.8 points. Meanwhile, retail sales grew at the slowest pace in the past three (3) months at 0.4% from a revised figure of 1.1%. The decline in the housing market also eases the pressure for the Reserve Bank of Australia to raise its benchmark interest rate in the short to near term. In May, house and business approvals were down by -10.3% and -7.1%. As for the labor market, ANZ’s job advertisement index was up 3.0% representing the second-lowest growth for the year. 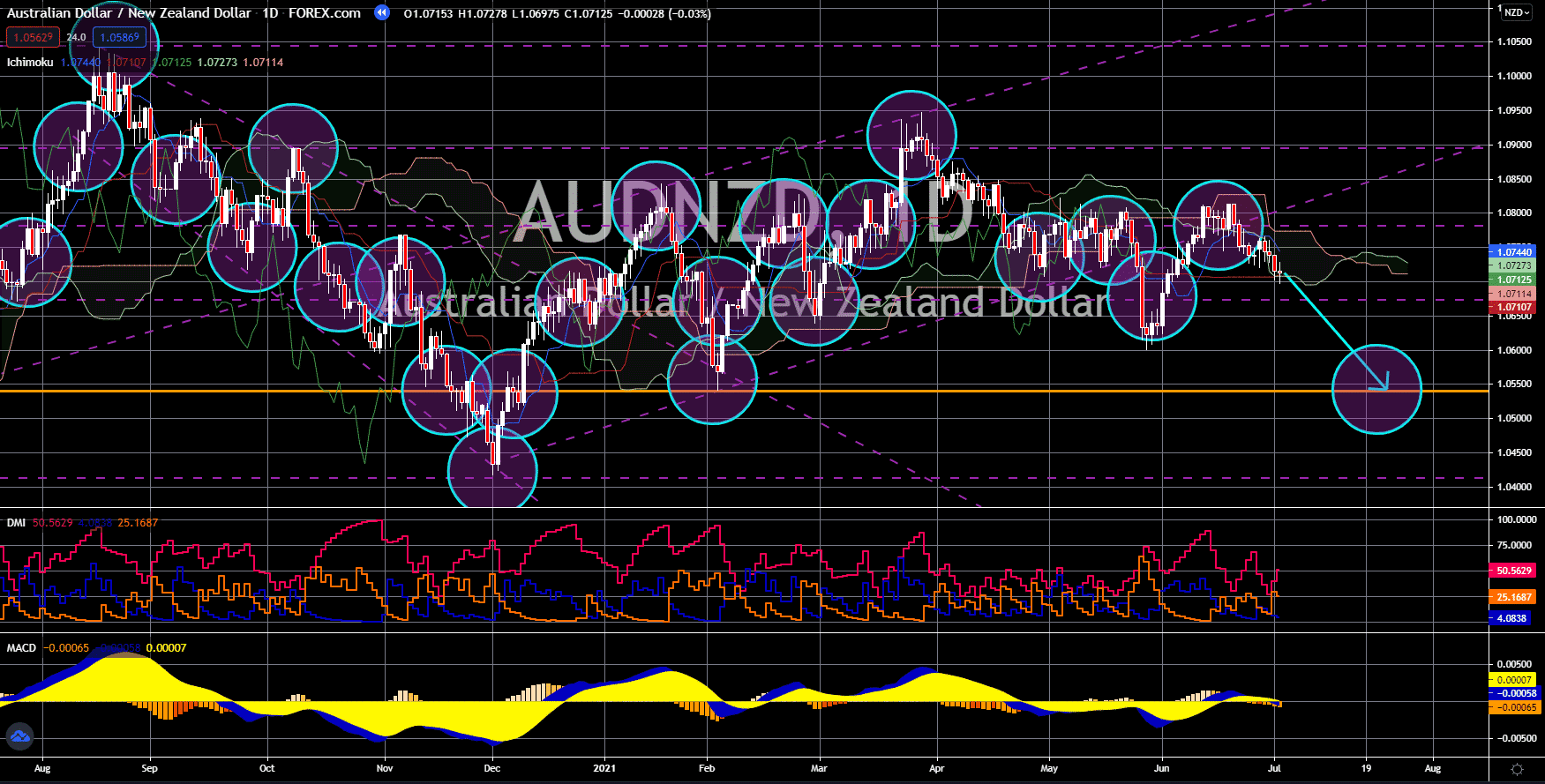 The pair will reverse back and retest a key resistance around 6.2000. The PMI reports from Brazil are showing signs of recovery as the country’s daily coronavirus cases continue to decline. The Manufacturing PMI was up in June to 56.4 points beating records from the past three (3) months. Meanwhile, the services sector is at a pandemic high with results for June expanding for the first time in fiscal 2021 at 53.9 points. The same case is seen for the Composite Index which grew by 5.4 points to 54.6 points. As for the employment data, the General Register of Employment and Unemployment (CAGED) published 280,700 new jobs for May. The number is higher compared to March and April which have records of 184,140 and 120,900 jobs added, respectively. Meanwhile, trade activities in South America’s largest economy in July recorded a net increase of 10.40 billion. The report soared past the previous 10.30 billion records in the first month of Q2. 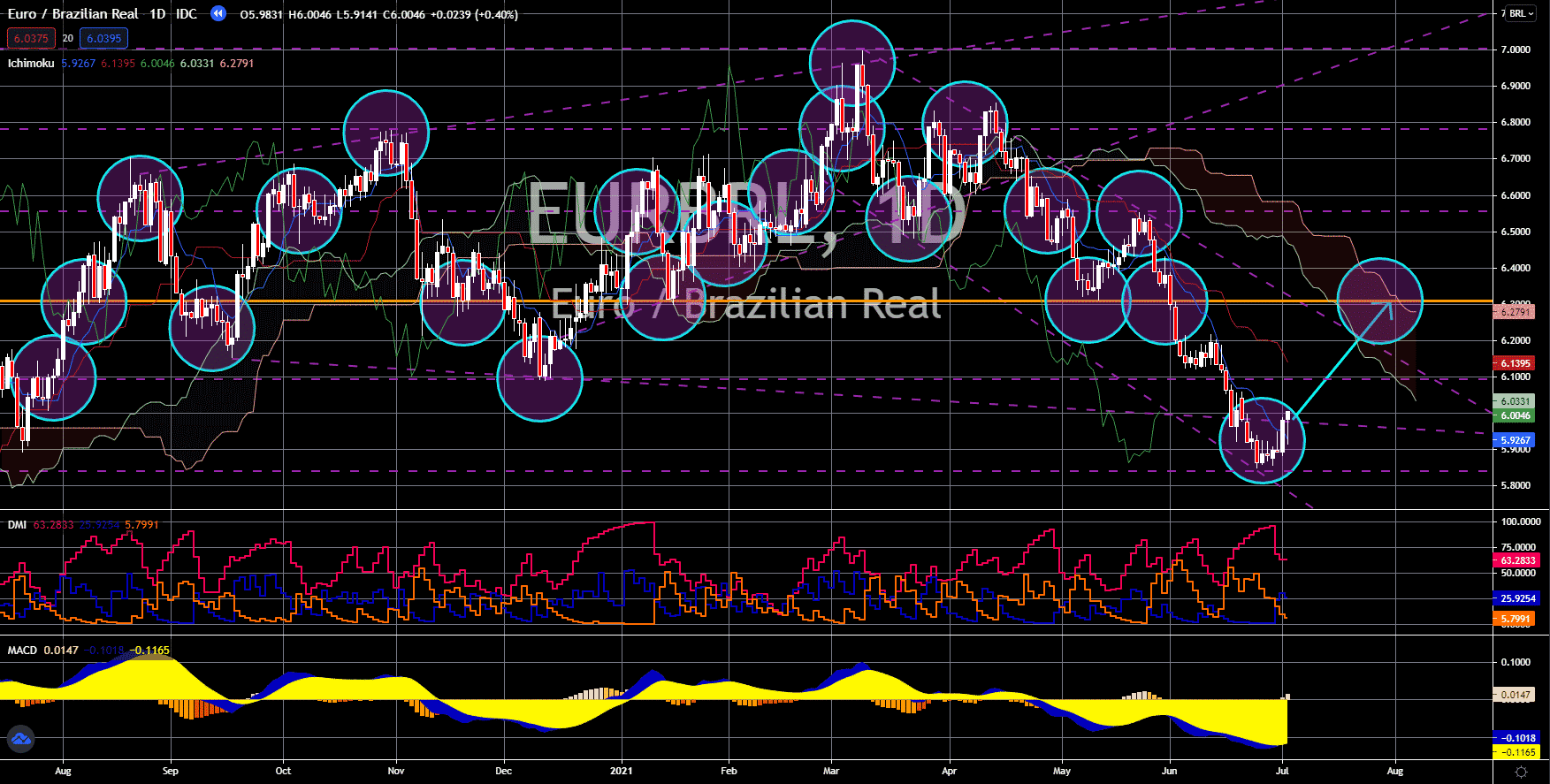 The GBPBRL pair will rally towards 7.5500 in the coming sessions. The market is mixed with the economic data and recent news from the United Kingdom. All purchasing managers index (PMI) results were lower than their previous records. The manufacturing and services sectors recorded 63.9 points and 62.4 points, respectively. Meanwhile, the Composite PMI came in at 62.2 points in June. Finance Minister Rishi Sunak described Nissan’s car manufacturing plant investment in Britain as an “exciting future” which the market interpreted as the ongoing focus of the post-Brexit UK. In other news, employment support by the British government will end in September as the country’s coronavirus situation has improved. This was the latest sign of monetary tightening in the United Kingdom. However, BOE’s Andrew Bailey backed the Federal Reserve’s temporary inflation argument. This might mean that the central bank will not raise interest anytime soon. 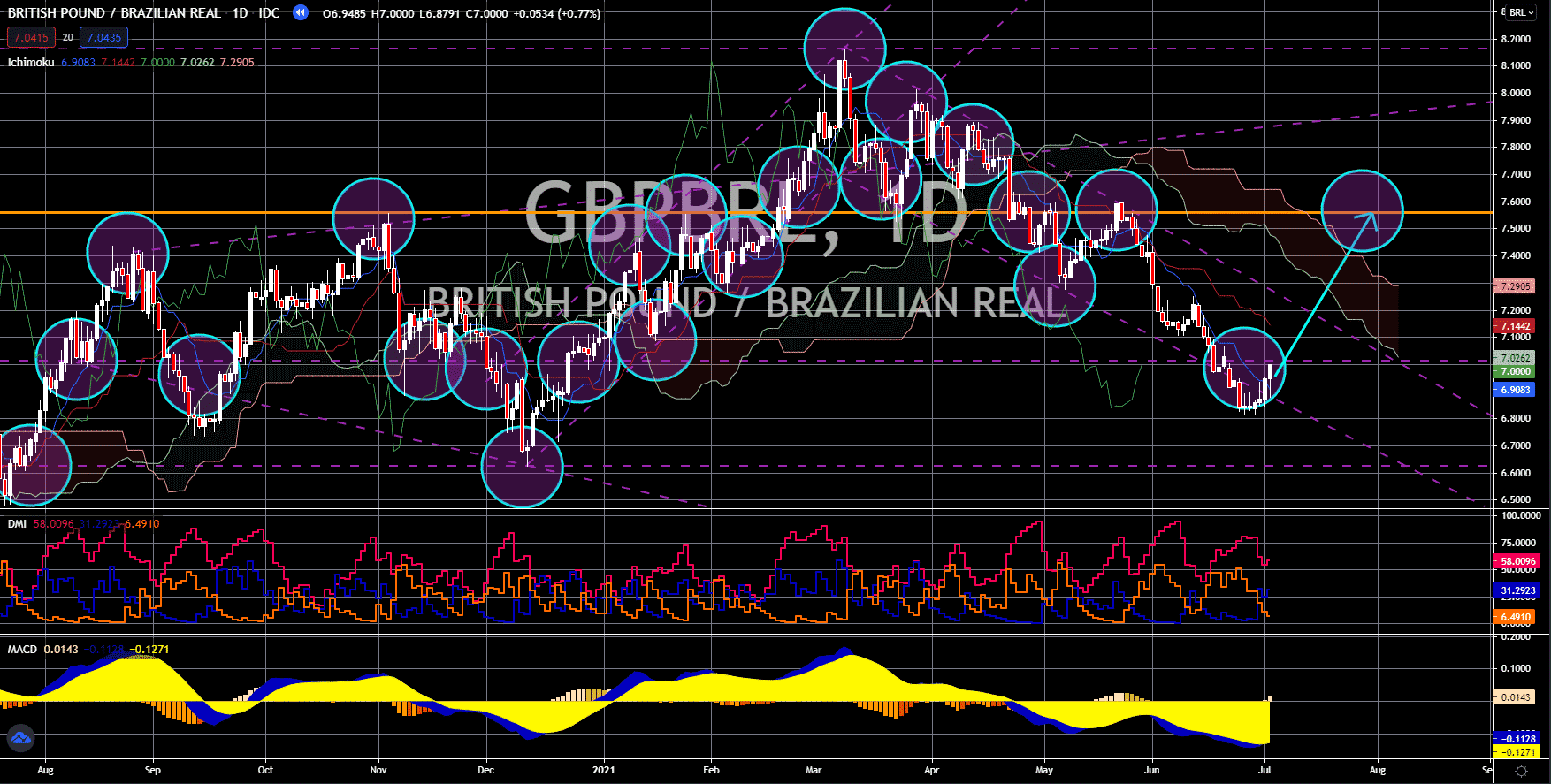 Roaring Comeback of Reflation and Commodities