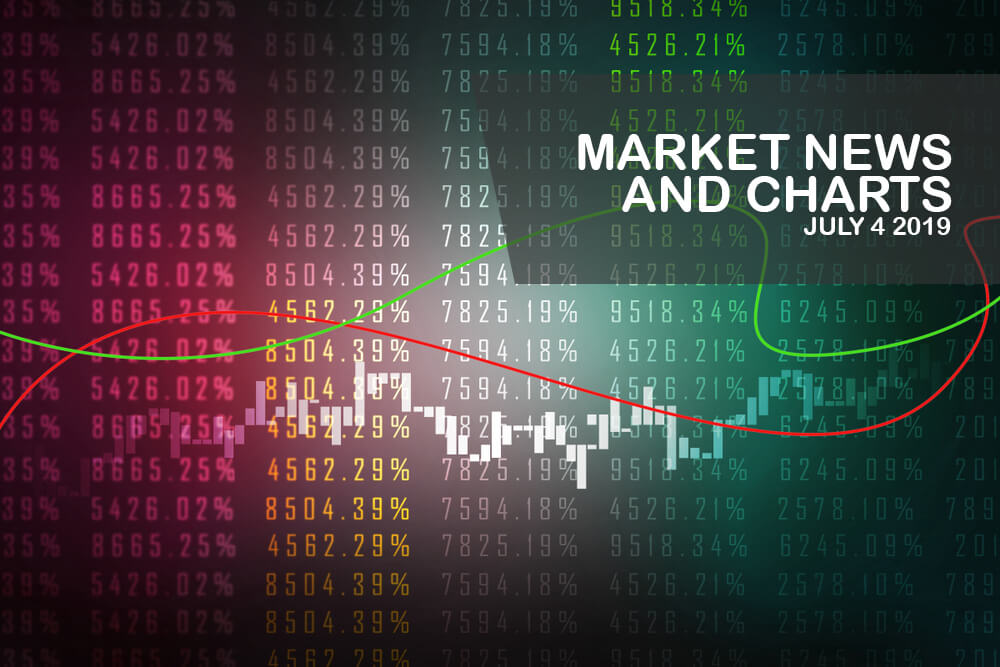 The pair failed to break out from an uptrend channel resistance line, sending the pair lower towards the channel’s support line. Following the recently held European Parliamentary election and with the majority win of Germany’s European People’s Party, the Germano-Franco Alliance’s leadership inside the European Union was further cemented. As the European Union’s importance on the world stage grows, its politics are fragmenting: Smaller, more ideological parties, including populists and nationalists, have made gains and weakened the traditional, more centrist parties. The European Union was now busy searching for candidates to fill the bloc’s top jobs; the President of the EU Commission, the President of the European Council, and the President of the European Central Bank. The United States on the other hand, is intensifying its trade fight with the EU over aircraft subsidies, proposing new tariffs on worth $4 billion.

The pair was seen to breakout from the “Falling Wedge” resistance line, sending the pair higher towards a major resistance line. U.S. allies in the Pacific, South Korea and Japan, was into a mini-trade war, which mimics that trade war between the two (2) largest economies in the world, the United States and China. Japan accused South Korea of providing North Korea technologies, which can be used to bolster the country’s nuclear arsenal. This threatens Japan, which can be hit just by a mid-range nuclear missile. The two (2) countries are vital for the U.S. to contain any military aggression of China before it reached the mainland United States. Uniting the North and South Korea, together with the reconciliation of Japan and a united Korea will give the U.S. an unprecedented influence on China’s backyard. The U.S. and Japan, together with Australia, maintains regular patrolling on the disputed islands in the South China Sea.

The pair failed to breakout from a downtrend channel middle resistance line, sending the pair lower towards the channel’s support line. New Zealand and Canada are world apart, geographically and economically. Canada had been disrupting the status quo among the West as it pivots to the East with the pacific rim trade pact, the CPTPP (Comprehensive and Progressive Trans-Pacific Partnership), and New Zealand had abstained from taking sides between world powers to challenge the status quo. However, isolating itself from political influence would leave New Zealand looking for resources that was vital for its economy. What both countries had in common was in reducing their exposure to the United States, which cause their economy to slump following the trade war between the two (2) largest economies in the world, the United States and China.

The pair was seen to continue falling lower towards a major support line after it failed to sustain its strength and breakout from its resistance line. The two (2) western allies, the United Kingdom and the United States, was seen increasing their cooperation following the withdrawal of the UK from the European Union. U.S. President Donald Trump had recently visited Britain following the resignation of his counterpart, UK Prime Minister Theresa May as she failed to pass three (3) Brexit deals to the British Parliament, weakening the government’s stand on Brexit. President Trump want to make sure that the governing coalition will be an ally to the United States. However, the Brexit extension and the possibility of a “No Deal Brexit” is putting the future of the United Kingdom in uncertainty. This will be devastating for the country as its seeks to sign a bilateral trade agreement with the U.S. in the future.