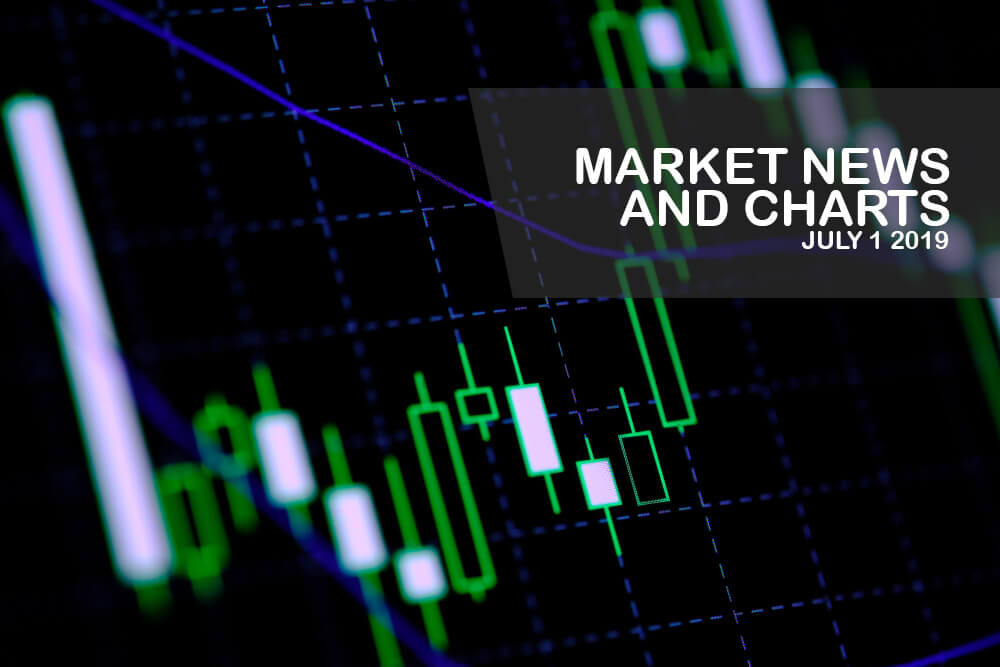 The pair was seen to retest its previous low as the downtrend channel’s resistance line was preventing the pair to breakout and to reverse from its current trend. Growing tension among the 28 EU-member states bloc and a non-EU country at the heart of the European geography was rising after the win of Germany’s European People’s Party (EPP), which further strengthen the Germano-Franco alliance’s leadership inside the European Union. The alliance was headed by German Chancellor Angela Merkel and French President Emmanuel Macron. Following the failure of the Brexit negotiations between UK Prime Minister Theresa May and the European Parliament, the EU had stepped up its efforts to also contain its trading relationship with Switzerland through the framework deal, which will incorporate all the bilateral trade negotiations between the two (2) countries.

The pair will continue to move higher in the following days after the pair broke out from a key resistance line. A month after UK Prime Minister Theresa May officially stepped down as Tory leader, candidates had since voiced their intention to become the successor of the second female prime minister in UK. However, these candidates was seen as not fit for the job following their mixed promises regarding the withdrawal of the United Kingdom from the European Union. This will be catastrophic once the negotiation between the new Prime Minister and the European Parliament starts, with the Germano-Franco alliance’s leadership boosted by the win of Germany’s European People’s Party during the recent European Parliamentary election. Eleven (11) Members of the Parliament (MPs) are vying to replace her leadership, and ultimately to become the newest British Prime Minister.

The pair failed to breakout from the sideway channel’s resistance line, which will send the pair lower towards its support line in the following days. The European Union and Japan were two (2) countries trying to protect globalization against the rising protectionism spearheaded by the United States. Japan had ratified the CPTPP (Comprehensive and Progressive Trans-Pacific Partnership) after the U.S. withdrawal last January 2017. Following this was the ratification of the EU-Japan Free Trade Deal, which created the largest trading zone in the world. On the other hand, the European Union was able to make the Mercosur Deal, the largest trading bloc in South America headed by Brazil, to agree on the draft deals after 20 years of talks. Despite this success for the EU, however, investors still awaits if these two (2) large economies will be able to sign a trade agreement within this year.

The pair was seen to continue moving lower after it broke down from a key support line and is headed towards a major support line. In the recent months, Canada was seen to be decreasing its exposure to the United States following a series of tariffs imposed by the U.S. to the country. This had pushed Canada to increase its participation in the pacific rim trade pact, the CPTPP (Comprehensive and Progressive Trans-Pacific Partnership), which the United States had withdrawn in 2017. Canada also falls third on the biggest U.S. trading partner, with Mexico on the lead followed by China. This move was expected to influence the ratification of the NAFTA (North American Free Trade Agreement), which was viewed both by Canada and Mexico as something beneficial to the United States. Aside from this, the failure to pass the ratified NAFTA will affect the re-election attempt by U.S. President Donald Trump.

Huawei Remains on the Blacklist Despite Truce