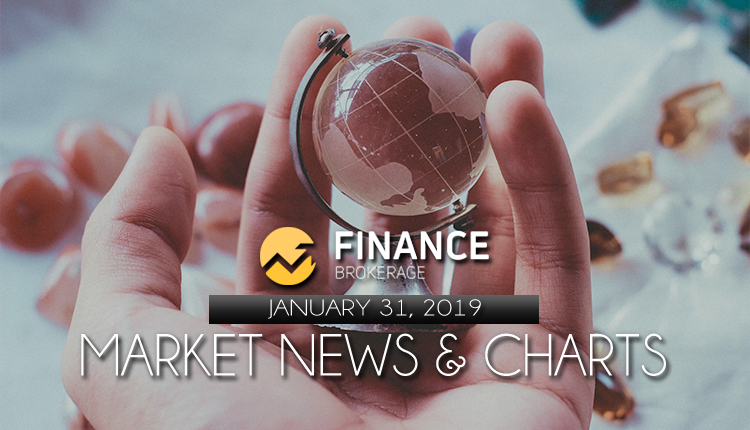 The pair bounced back from a major support line that complements the completion of the “Falling Triangle” formation. As the world enters the brink of another Cold War between the United States and Russia, the European Union was ready to change its history as the battleground between the two (2) superpower countries. The Cold War divides the world between the West (NATO [North Atlantic Treaty Organization] Alliance) and the East (USSR [Union of Soviet Socialist Republics] and the Warsaw Pact Alliance). The enlargement of the European Union, which includes former Warsaw Pact members, and the withdrawal of US President Donald Trump for major blocs and accords, prompted the European Union to envision a European military that will counter Russia’s aggressiveness in the event that the United States withdraw from the NATO.

The pair was seen on the tip of a channel and uptrend’s support line, which was expected to push the price up. The rising Nationalism in the European Union was dividing the largest trading bloc in the world with the Visegrad Group composed by former Warsaw Pact members; Czech Republic, Hungary, Poland, and Slovakia; leading the anti-EU league, while German Chancellor Angela Merkel and French President Emmanuel Macron, the former and incumbent de facto leader of the European Union, renewed their commitment in leading the entire European Union with the Aachen Treaty. The European Parliament faces an impending election, which will determine the EU’s future leadership. For the meantime, the European Union punished Hungary and Poland for violating the fundamental human rights of their people by cutting EU funds for their country.

The pair will continue its steep decline after it broke down twice, from the “Falling Triangle” pattern to a major support line. The United States were moving passed its traditional allies in the European Union after it approached the Visegrad Group composed of former Warsaw Pact members, the Czech Republic, Hungary, Poland, and Slovakia. However, with the strategic location that the Visegrad Group, which was NATO’s (North American Treaty Agreement) solid allies facing Moscow, the group was also selling itself as an ally with Russia and China, which could weaken the US influence over these countries. Hungary also plans a political coup after talking with several Nationalist countries to support each other with the incoming European Parliament election, which will determine the EU’s future leadership. Instead of secession, the Nationalist countries want to dominate the European Union.

Huawei to face selling crisis in the West