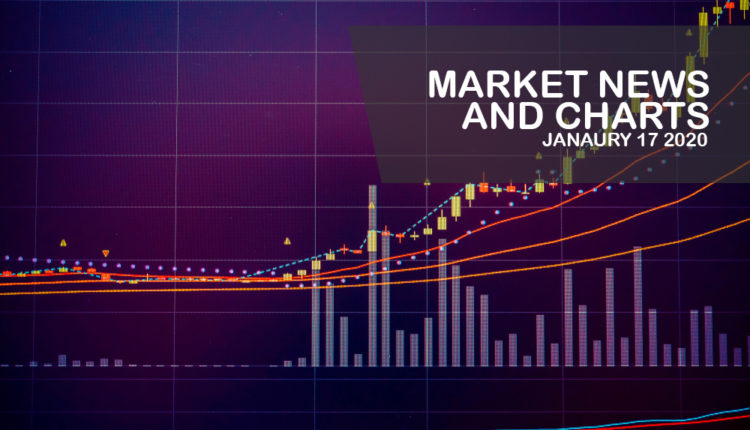 Hey traders! Below are the latest Market news and forex chart updates for Friday’s sessions. Learn from the provided analysis and apply the recommended positions to your next move. Good day and Good Luck!

The pair is expected to continue moving lower in the following days. Turkey has stayed low-key on the recent tension between the United States and Iran. However, Turkish President Recep Tayyip was seen building up its influence in the Middle East. Experts believe that the bold move of creating a Syrian safe zone between Syrian and Turkish border was successful. This was after the recent meeting by Turkish and Syrian intelligence in Russia, which is a step closer towards handling back the lands in northern Syria to the Assad government. A developing information has also been circulating online that Turkey is considering deploying troops in Libya. Meanwhile, Egypt, a US ally, has accused Turkey’s state news agency in the country of spreading fake news meant to harm the Muslim brotherhood group. While Turkey advances, the US is losing its influence in the Middle East, pulling out its military in Syria.

The pair failed to recover from a breakdown, sending the pair lower towards a major support line. The European Union figures for its Consumer Price Index (CPI) report were stagnant with a 1.3% growth. The figure was the same result for last December’s report. The figure was also what analysts expected it to be. Despite topping expectations and result from the previous month, economists are skeptic about the looming withdrawal of the United Kingdom from the European Union. The UK is the third largest economy in the bloc and losing it means losing an economic powerhouse. The withdrawal also come amid the slowing German economic growth, Europe’s biggest economy. New Zealand, on the other hand, is expected to receive the first-hand benefit from the Brexit with the post-Brexit trade agreement. Representative from Britain highlighted New Zealand’s effort to restore the UK-NZ relationship after it became the first post-Brexit signatory.

The pair is expected to break down from a major support line, sending the pair lower toward its 6-month low. Investors and traders are optimistic with the Australian and New Zealand dollar. This was after the United States and China signed a phase one (1) trade deal, which is aimed at ending the year-long trade war between the two (2) largest economies in the world. However, the NZD proved to be stronger than the AUD as Australia was raved by wildfires. More than 2,000 families have been displaced by the fire, killing almost half a billion animals. A stronger New Zealand leader has also been affecting the country’s leadership in the region. The world, specifically the Muslim community, praised PM Jacinda Ardern’s handling of the Christchurch attack. Now, the country is being called to mediate between the United States and Iran. This has improved the status of New Zealand as a possible safe-haven currency like the Swiss Franc and the Japanese Yen.

The pair failed to breakout from a major resistance line, sending the pair lower towards a major support line. The European Union is under pressure with Brazil’s plan to mine on tribal lands. The efforts to convert these lands to agricultural was attributed to Brazilian President Jair Bolsonaro’s populist policies. The increasing pressure was amid concern from Brazil that its sparkling wine products might be threatened with the EU-Mercosur deal. Australia’s wine and cheese products were banned from the European Union during the trading agreement between Australia and the 28 EU-member state bloc. As increasing tension between Brussels and Brasilia continue to escalate, Brazil is now looking towards untraditional allies and trading partners. The largest South America economy is looking towards India for a new free trade agreement (FTA). With the Asian nation expanding 7% on a yearly basis, it will only be logical for Brazil to increase its ties with India.