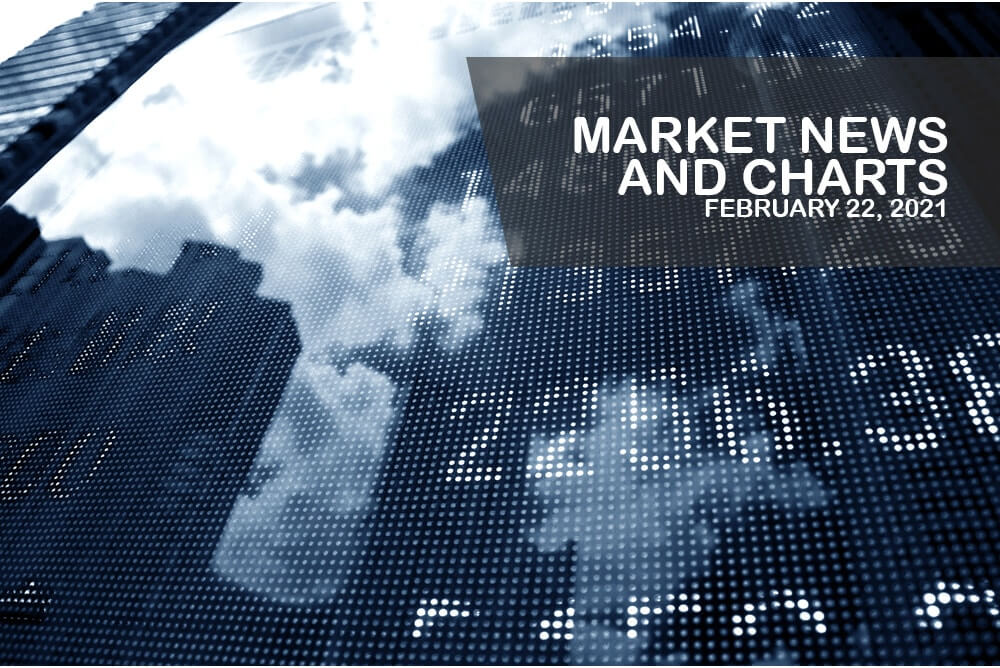 The pair will break down from the uptrend channel support line, sending the pair lower towards its previous low. Investors are expected to flock back to the Japanese yen after the government cut its 2021 GDP forecast. This was due to the extended lockdown in several cities, which will severely impact Japan’s economic recovery. This is expected to halt Nikkei 30’s impressive performance, which recently reached its 30-year high. Meanwhile, the purchasing managers index (PMI) reports were mixed on Thursday, February 18. Manufacturing PMI hit its highest level since January 2019 with 50.6 points. On the other hand, Services PMI continues to shrink with February’s preliminary report of 45.8 points. On the other hand, the National CPI Index and National Core CPI Index both recorded a decline of -0.6% in January from their previous data. With a negative result for the CPI, inflation will remain weak. This, in turn, will slow down Japan’s recovery from the pandemic.

The pair will break out from its current resistance at 0.92390 to reach the 0.96000 target. New Zealand is expected to post a decline in retail sales report for the fourth quarter of 2020 at -0.5% quarter-over-quarter. Meanwhile on Friday, February 19, Canada published a worse-than-expected result of -3.4% for the same report MoM. This means that NZ’s quarterly decline is much better than the monthly drop from Canada. Also, the figure from Canada was the lowest decline in retail sales since its plunge by -25.00 in April 2020. For the core retail sales, the figure was -4.1%. On the same day, the North American country also delivered a disappointing ADP Nonfarm Payrolls report. The figure came in at -231,200, which ended 5 months of continuous improvement. Another problem for investors in the Canadian dollar is the recent spike in bond prices. Long-term yields are rising over the prospect of easing restrictions with the continued roll out of the vaccine.

The British pound will continue to advance against the greenback in coming sessions. While the PMI reports showed better-than-expected data, the figures from the Composite and Services PMIs of 49.8 points and 49.7 points, respectively, were still below the 50.0 points benchmark. Meanwhile, the Manufacturing PMI increased to 54.9 points against projections of a decline to 53.2 points. As for the retail sales, the numbers were -8.2% on a month-over-month basis. Meanwhile, the report dropped by -5.9% compared to January 2020. For core retail sales, the results were -8.8% and -3.8%, respectively. The main reasons behind the weakness in retail sales were Brexit and the rising infection of the UK COVID-19 variant. The UK was officially out of the EU bloc on January 01, 2021. Prior to the UK-EU Brexit agreement, a new and more contagious strain of coronavirus leads to a new lockdown in the United Kingdom in December.

The pair will reverse back to retest its previous high around the 1.50000 area. 5 out of 9 PMI reports on Friday improved against their previous result. However, the majority in these reports were below the 50.0 points benchmark. The Services PMI from the EU, Germany, and France all declined with the 44.7 points, 45.9 points, and 43.6 points results, respectively. Despite the mixed figures, the EUR will still advance against the Canadian dollar as investors flock to the euro with the continued bearish outlook of the Eurozone. In addition to this, the continued support of the Canadian government will decrease the value of CAD. The 231,000 job losses reported ended 5 months of continued decrease in the number of job losses. This resulted in the Minister of Employment, Workforce Development and Disability Inclusion in passing amendments to increase the duration where Canadians will be able to afford the unemployment benefits.

How to mine Bitcoin and other cryptocurrencies