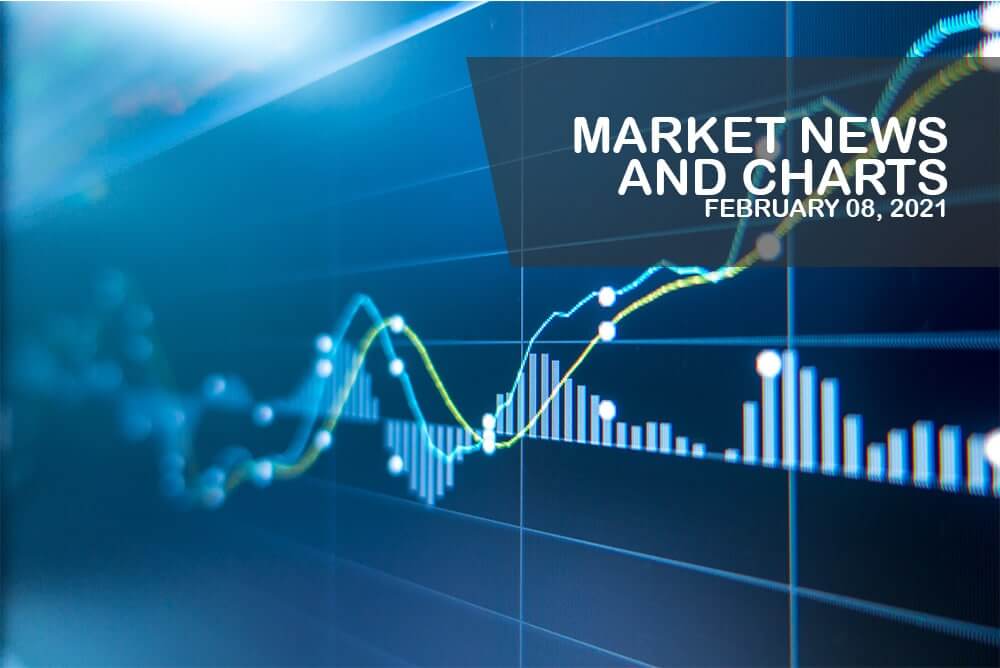 The pair will continue to move higher in the following days towards its May 2020 high at 5.8874. Despite the passing of the second-largest stimulus in US history, the weak Brazilian auto reports will drag the real lower. For the month of January, auto production dropped by -4.6%. The reported figure was the first decline recorded since May’s -99.0% data. Meanwhile, sales were hit the most with -29.8% plunge. Just like car productions, the recently published report was the weakest since May 2020. In addition to these results, heavy rains in Brazil continue to disrupt the transportation of agricultural produce like wheat and soybean. This will further send the prices higher in the global market. The high inflation will negatively affect the value of the Brazilian currency. In political economy, the win of Joe Biden in the US election could derail Brazil’s role as one of the biggest exporters of wheat and soybean products to the United States and China.

The pair failed to break out from a downtrend resistance line, sending the pair lower towards its previous low. The US senate has approved the $1.9 trillion stimulus bill by US President Joe Biden without the support of the Republicans. The count of votes were 50-50, but Vice President Kamala Harris broke the stalemate with a vote in favor of the economic package. Harris is technically still a senator as she hasn’t stepped down from his role despite being inaugurated in January 2020. Meanwhile, President Biden defended his proposal by pointing out the recently published labor data. Despite the drop of the unemployment rate to 6.3%, jobs creation has failed to meet consensus estimates. There were 49,000 jobs added in January, which slightly missed the 50,000 projection. Meanwhile, the initial jobless claims on Thursday, February 04, rose by 779,000. Speaker of the House Nancy Pelosi announced that the $1.9 trillion stimulus will be passed until March 2021.

The pair will continue to trade lower in the coming sessions towards the 9.80000 support level. Norway’s $1.3 trillion sovereign wealth fund is starting to divest in the oil industry. This was following the SWF’s ethic committees’ crackdown on the corruption of national oil companies that it has invested in. As a matter of fact, the Norway-based fund has sold its oil production and exploration portfolio in 2020. In 2020, the fund divested from PetroChina. The world’s biggest wealth fund has already moved away from investing in tobacco, weapons, and coal. In 2020, it saw a $123.0 billion return from its US tech investments. This recent move suggests the sovereign wealth fund’s transfer to technological investments. In other news, the Norwegian government has allotted 500 million kroner to support start-up companies in the country to create jobs.

The pair bounced back from a key support line, sending the pair higher to retest its previous high. Hungary posted mixed results from its recent reports. Industrial output rose to its highest level since December 2019 with a 5.8% result on Friday’s report, February 05. On the other hand, retail sales dropped by -4.0% in December, the biggest decline since April’s 10.2% plunged. These figures suggest that despite the increased production, manufacturers and retailers are having problems disposing these outputs. In turn, an inventory build up is expected. As for the European Union, French imports rose by another 39.3 billion while exports shrank to 42.7 billion. Spain’s retail sales also advanced in December with a 2.5% jump from -7.3% prior. On an annual basis, this translates to a -3.1% decline against -8.5% in November. On average, the EU bloc’s retail sales for the reported month was up by 2.0% compared to 1.6% expectations and -5.7% prior result.

More Than a Snapback Rally in Gold As Stocks Keep Marching

Lagarde Assures that 2021 will be the Year of EU Recovery