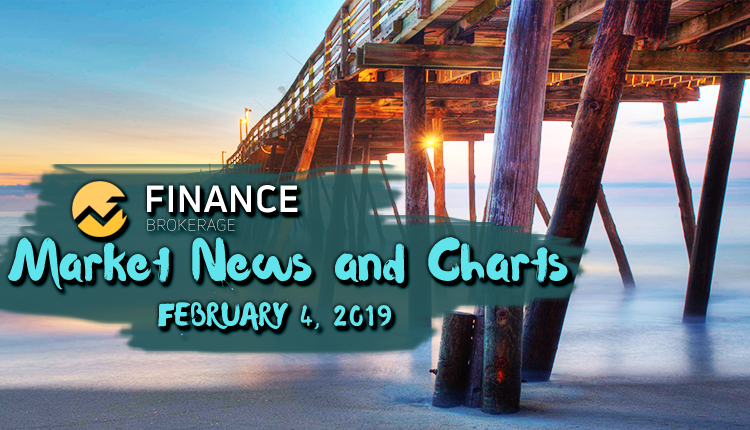 The pair will continue its steep decline after it broke down of a major support line. As Canada became the battleground of the economics-turned-political trade war between the United States and China, the country will have another chance to prove that it has still the influence despite bending to the US and China’s will. The Venezuelan crisis had split the world between Venezuelan President Nicholas Maduro and self-proclaimed interim president Juan Guaido. Russia and China backed the Maduro government, while the United States, Canada, Australia, the European Union, and Brazil, supported the opposition leader and leader of the dissolved Venezuelan Parliament Juan Guiado. However, Canada has a special position as a member of the Lima Group, which was formed in order to establish a peaceful exit to the crisis in Venezuela. The United States is the only country in the Northern America that is not part of the group.

The pair was expected to continue its rally and retest a major resistance line in the following days. New Zealand had been gaining voice over the critical world issues. Aside from this, the country was also able to take advantage of the turmoil with the first world countries. New Zealand is one of the ratifiers of CPTPP (Comprehensive and Progressive Trans-Pacific Partnership), and was the first country to express its willingness in making a bilateral trade agreement with the post-Brexit United Kingdom, while maintaining its trading relation with the European Union. It is also integrating its military with Australia, Japan, Canada, the United Kingdom, and the United States. The move by Australia to deport individuals with roots from New Zealand was the latest signal of New Zealand being away from Australia’s shadows.      New Zealand was praised for being neutral with the Venezuelan crisis.

The pair failed to break out of two major resistance lines, and was expected to fall lower on the channel’s support line. Australia and Japan will lead the Pacific rim trade pact CPTPP (Comprehensive and Progressive Trans-Pacific Partnership) after the United States under the Trump Administration pulled out last 2017. Australia and Japan also integrated their military, together with New Zealand, Canada, the United Kingdom, and the United States, to counter China’s aggression in Asia Pacific. Aside from these, the two countries extend their efforts to Pacific Island nations, which China was trying to gain influence. However, Japan was more aggressive in gaining its power back as a regional power. Aside from CPTPP, Japan also ratified its trading agreement with the European Union, making the EU-Japan Free Trade Agreement as the biggest trading zone in the world, which accounts for 1/3 of the global GDP.

The pair was expected to continue its rally supported by a strong short term support line. Middle powers like Australia and Canada must navigate carefully in choosing between the United States and China, and between Russia and the United States. While Australia banned Chinese technology company Huawei’s Fifth Generation (5G) technology amid pressure from US President Donald Trump, it was able to balance that it will not go too much with the United States side after the country leads the ratification of the CPTPP (Comprehensive and Progressive Trans-Pacific Partnership) that aims to promote free trade, defying Trump’s America First policy. The trading pact also looks for a possibility of including China in the trading bloc, the second largest economy in the world, after the United States pulled out last 2017. Australia also supported Venezuelan opposition leader Juan Guiado as the country’s interim president.