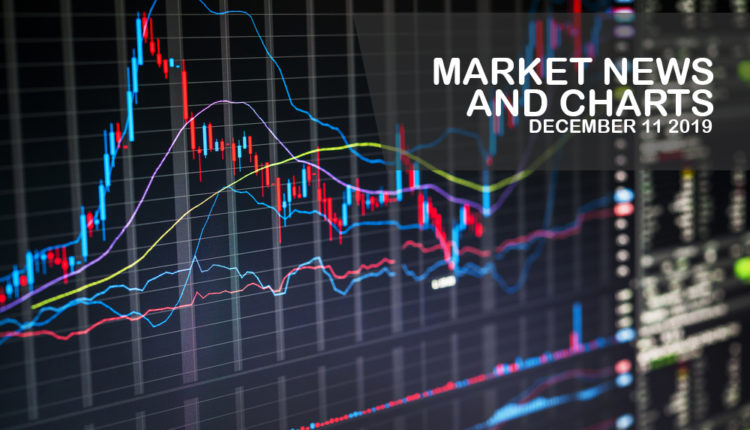 The pair is expected to breakdown from an uptrend channel support line. The USMCA has been approved by the US Congress yesterday, December 10. This is expected to boost the trade of member countries – the United States, Mexico, and Canada. The USMCA will replace NAFTA (North America Free Trade Agreement) following accusations by President Donald Trump that the deal was unfair for the United States. The trading pact is the second largest free trade agreement in the world next to the European Union. The 28-member state bloc, on the other hand, is teaming up with China to set an international trade dispute. This was after Trump undermines that World Trade Organization (WTO) agreement for setting disputes between member countries. In other news, Canada is getting closer with the United Kingdom to sign a post-Brexit agreement despite having a green light from the EU Parliament to start a bilateral trade agreement with the bloc.

The pair will continue to move lower in the following days after it failed to breakout from an uptrend resistance line. Demand for the safe-haven currency Swiss Franc is surging following the country’s announcement that it will move away from its ultra-loose monetary policy. Switzerland has currently the lowest interest rate in the world at negative 0.75%. Aside from this, the uncertainty surrounding the US-China trade war is expected to push the franc and yen higher. New Zealand, on the other hand, cut its benchmark interest rate twice in six (6) months. Since 2016, the country has been holding into its 1.75% interest rate. However, as the trade war escalates, the Royal Bank of New Zealand (RBNZ) was pressured to cut its rates. The country is now sitting at 1.00% interest rate. Analysts were also anticipating for the central bank to further cut rates next year if no agreement will be reached between the United States and China.

The pair is seen to bounce back from a key support line towards the nearest resistance line. Moody’s reiterated a strong sovereign wealth credit for New Zealand and Japan. This was amid the ongoing US-China trade war that has been sending developed and emerging economies into recession. New Zealand and Japan were leading the world towards a new era. In 2019, Japan was able to make three (3) key trade agreements. The country, together with Australia, led the ratification of the pacific-rim trade pact, the CPTPP (Comprehensive and Progressive Trans-Pacific Partnership). Aside from this, the country has expanded its existing bilateral trade agreement with the European Union. The EU-Japan free trade agreement (FTA) is now the largest trading zone in the world. Finally, Japan was able to secure a bilateral trade agreement with the US. New Zealand, on the other hand, has introduced Well Being budget for 2020.

The pair is expected to break down from a key support line, sending the pair lower toward its nine (9)-month low. The Federal Reserve is under pressure to cut its benchmark interest rate amid protest from US President Donald Trump to cut more. The central bank has already cut rates three (3) times this year as the US-China trade war drags the American economy. Using its historical decisions, the Fed is expected to cut its rates to 1.50% today, December 11. Furthermore, the US government is set to impose the second round of tariffs to Chinese exports on December 15. This is expected to send the value of the US dollar lower in the following trading sessions. The United States is also due to publish report for its Consumer Price Index (CPI) today. Analyst were expecting the index to go down after an upbeat data from November. Singapore, on the other hand, is expected to have a modest unemployment rate after it spiked on October 25 to 2.30%.