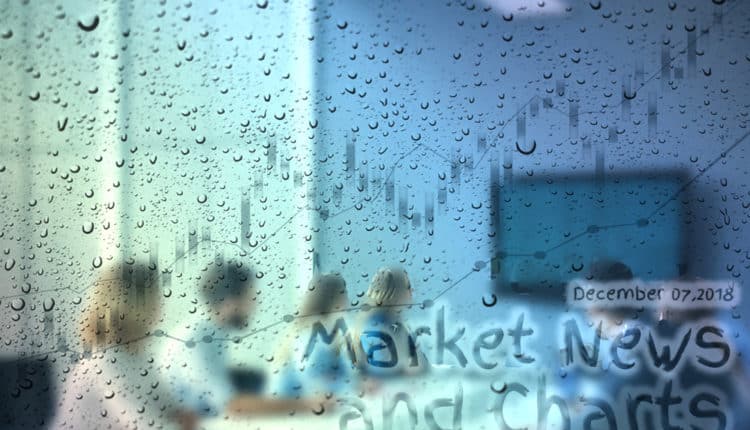 The pair broke out of the descending triangle pattern but was quickly tamed by a major resistance line sending the stock lower. Turkey was trying to play fire with China, Saudi Arabia, the United States, and the European Union. The U.S was pressured to take sides between Turkey and Saudi Arabia, a close ally, after the killing of Jamal Khashoggi. Trump’s decision to put aside the issue drove Turkey to make trading relations with China, of which the United States was in a ceased fire with the ongoing trade war. The European Union responded positively which has increased the possibility of Turkey joining the European Union.

The pair recently rallied after UK Prime Minister Theresa May voiced a stronger stand in bringing the UK out of the European Union despite backlash from her government and the UK Parliament. However, the analyst sees the odds that the UK will not approve the deal negotiated with the EU. Along with that, Australia was gaining global recognition after it increases its effort in countering China’s aggression in the Asia Pacific, and countering the effect of trade war through the ratification of the CPTPP (Comprehensive and Progressive Trans-Pacific Partnership).

The pair was expected to bounce back after hitting the resistance line. Investors are wary in trading with the pair as the United Kingdom’s Parliament is set to vote on the deal on December 11, 2018, that will determine its future. However, whether or not the United Kingdom will approve the deal, it will still incur billions of dollars with the divorce deal, if it was approved, and an impending recession, if the deal was not approved. Canada was also threatened by Trump’s statement that it might withdraw from the NAFTA (North Atlantic Free Trade Agreement). For the meantime, investors are looking for short-term trades for the pair, which was against the Pounds.

The pair reversed after Canada arrest Huawei’s Global Chief Finance Officer, daughter, and successor of Huawei’s founder and president, to extradite in the US. The United States and China entered a truce in their trade war during the G20 Leaders Summit in Buenos Aires, Argentina last December 1, 2018, which is also the day that Huawei’s heiress was arrested. Canada is the only country among the Five Eyes Intelligence Alliance, which includes the United States, United Kingdom, Australia, and New Zealand, that didn’t ban Huawei in providing 5G technology on fears that the product might be used for potential cyber-espionage.