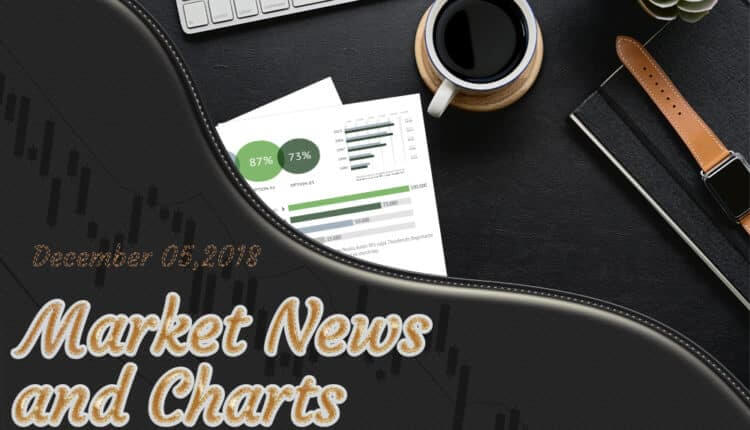 The pair bounced back from its support. Japan and the United States have long been allied force, despite the conflicts during World War II. However, the two governments are growing apart as Japan and China had been subject to Trump’s trade war. As a result, Japan and China are coming together to minimize the impact of a trade war with the US. The territorial dispute with China and North Korea’s nuclear warheads are making Japan depend on the United States with its Ballistic Missile Defense. This prevents Japan from making retaliation with Trump’s additional tariffs.

The pair is expected to go higher in the following days after Trump threatens the US Congress that it will withdraw from the current NAFTA (North American Free Trade Agreement) if his proposal of the revised “new” NAFTA, also known as USMCA (United States, Mexico, Canada), will be rejected. This will give Trump the ability to impose more tariffs to Canada and Mexico as no agreement was present in making trade relations with each country. Canada was also weighing the benefits it can get from making trade relations with China, a move that might derail its relationship with the United States.

The pair was seen to reverse after hitting an uptrend support. The truce in the trade war between the United States and China is a positive news for Australian imports as it considers China as its major trading partner. Australia, together with Japan, will also lead the ratified CPTPP (Comprehensive and Progressive Trans-Pacific Partnership), a move to counter US isolation and Trump’s trade war, with 7 out of the 11 members already signed the revised agreement and was expected to be official before the year ends.

The pair was expected to rally as UK Prime Minister Theresa May struggles to get an approval from the UK Parliament. The 27 members of the European Union already voted to approve the deal with the only setback from being official is the approval of the UK Parliament. The deal had caused Prime Minister Theresa May’s cabinet to resign threatening her party and government to dissolve. MP’s (Ministers of the Parliament) also voted for “No Confidence” that might end Theresa May’s Premiership. Another solution that MP’s suggested was to hold a second referendum and ask the people if they are still willing to withdraw from the European Union. But the latest blow to the Brexit deal was a legal opinion by Manuel Campos Sánchez-Bordona, an advocate general of the European Court of Justice. He said that under the European Union’s governing treaty, Britain could unilaterally cancel its withdrawal from the 28-nation bloc before the scheduled date of its departure, on March 29, and without having to obtain the consent of the other 27 member nations.