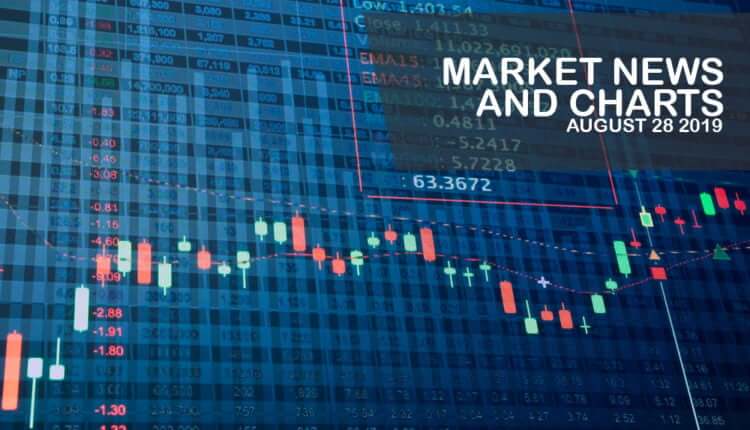 Hey traders! Below are the latest forex chart updates for Wednesday’s sessions. Learn from the provided analysis and apply the recommended positions to your next move. Good day and Good Luck! Read more about Market News.

The pair is currently trading to its all-time high and is expected to further go up in the following days. The United States and China are currently engaged in an escalating trade war following the failure by both parties to draft deals, which will spell the end of the trade war between the two (2) largest economies in the world. On July 31, the Federal Reserves cut U.S. benchmark interest rate by 25-basis points. This was followed by U.S. President Donald Trump imposing 10% tariff on $300 billion worth of Chinese goods. China, in an attempt to offset the effect of the increased tariff, devalued its currency to its lowest to strengthen the country’s export to America. On August 23, Trump once again threatened to increase tariff to 30% on $550 billion worth of Chinese goods. Analysts and investors were now looking forward to any move by the Chinese government, which can further escalate the tit-for-tat war between the two (2) countries.

The pair is seen to continue to move higher in the following days after it broke out from key resistance line. The Turkish Lira experienced a flash crash following its announcement of the next delivery of Russia’s S-400 Missile Defense System. Its purchase of the Russian-made military equipment is seen by analysts to compromise the defense sharing agreement of the NATO (North Atlantic Treaty Organization) Alliance, which was also the primary reason for the exclusion of Turkey to U.S. F-35 fighter jet program. In line with this, Turkish President Recep Tayyip Erdogan visited his Russian counterpart, President Vladimir Putin on Monday, August 27, and expressed his willingness to continue the two (2) countries’ cooperation, including warplanes. On his visit, Russia’s Su-57 stealth fighter jets, which was the U.S. equivalent of F-35 fighter jets, had demonstrated test flight on Moscow.

The pair is expected to breakout from a major resistance line, which will send the pair higher towards the nearest resistance line. New Zealand Dollar weakened following the decision by the Royal Bank of New Zealand (RBNZ) to cut its benchmark interest rate. This is expected to benefit New Zealand’s exports to other countries. However, the on-going Brexit drama n Europe might derail the country’s plan to take advantage of its lower currency. UK Prime Minister Boris Johnson plans to shut down the British Parliament in a move that will give him power to take the United Kingdom out of the European Union. The Parliament is also seeking to leave the bloc but not without a trading deal with the EU. This will be catastrophic for New Zealand who was both exposed to the Euro and the British Pound. New Zealand signed a post-Brexit trade agreement with the UK while maintaining its existing trade agreement with the European Union.

The pair is seen to continue its upward movement after it found a strong support from a key support line. Australia and New Zealand is in a race to a negative interest rate. Both the Royal Bank of Australia (RBA) and the Royal Bank of New Zealand (RBNZ) recently cut their benchmark interest rate in response to the escalating trade war between the United States and China. Both countries were exposed to the U.S. Dollar and the Chinese Yuan as the two (2) countries are U.S. allies and they both consider China as their largest trading partner. Aside from this, both countries are also exposed to the on-going Brexit negotiations as the two (2) countries are both signatories of the post-Brexit trade agreement with the United Kingdom and have maintained their existing trade agreement with the European Union. Australia had recently entered a recession for the first time in more than 27 years.