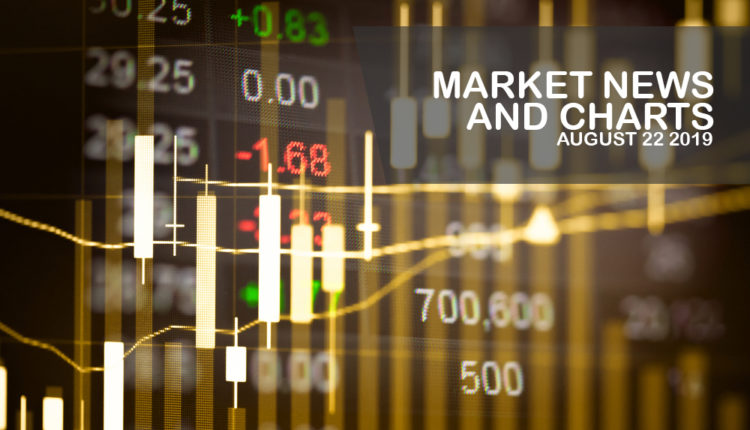 The pair was seen to further move lower in the following days after it broke down from a key support line. New Zealand Dollar continue to lose its value after the Royal Bank of New Zealand (RBNZ) cut its benchmark interest rate in a rare move after that was influenced by the on-going trade war between the two (2) largest economies in the world, the United States and China. New Zealand is directly exposed to the U.S. Dollar, while it considers China its largest trading partner. In July 31, Fed Chair Jerome Powell cut the U.S. benchmark interest rate by 25-basis point followed by U.S. President Donald Trump imposing 10% tariffs on $325 billion worth of Chinese goods. Three (3) days after the tariff, China devalued its currency, creating a domino effect. Aside from these, New Zealand and Canada were exposed to the Brexit drama in Europe. These exposures will weigh on New Zealand and Canada’s economy.

The pair is expected to fail to breakout from a downtrend channel resistance line, which will send the pair lower toward its previous low. The United Kingdom and the European Union are trying to take down each other as the economy that will suffer from the Brexit. UK Prime Minister Boris Johnson said that he will pull out the UK out from the bloc even in a “no-deal” Brexit scenario. French President Emmanuel Macron on the other hand says the British planned trade deal with the United States will force the UK to a historic vassalization. In case of a “no-deal” Brexit and if the United Kingdom and the U.S. will come up with a trading agreement, this will be the UK’s largest trading deal since its accession to the European Union in 1973. President Macron’s warnings comes one (1) day after German Chancellor Angela Merkel challenged Britain to come up with a solution to the biggest obstacle to a deal in the next 30 days.

The pair was seen to continue moving up in the following days to retest its previous high. With the global political and economic uncertainty, chair of central banks of the Group of Seven meet to discuss the looming recession, with analysts expecting the least time for a recession to enter will be a year a half from now. In July 31, the Federal Reserves cut its benchmark interest rate bringing worry among other western economies that the U.S. might be preparing for a recession. In line with this, the Bank of Japan (BOJ) and the European Central Bank (ECB) are willing to have a negative interest rates, meaning to pay the banks to borrow money from the central bank. Canada, which was highly exposed to the U.S. Dollar, is trying to dodge this uncertainty by increasing its participation with the pacific rim trade pact, the CPTPP (Comprehensive and Progressive Trans-Pacific Partnership).

The pair is expected to fail to breakout from a key resistance line, which will send the pair lower towards a downtrend support line. Middle economies are bracing themselves are fear of recession was escalating after Fed chair Jerome Powell cut the U.S. benchmark interest rate by 25-basis points and was expected to have another cut before the year ends. In line with this, the RBNZ (Royal Bank of New Zealand) had also cut its benchmark interest rate, sending the value of the New Zealand Dollar down. Aside from this, the central bank says it was ready for a negative interest rate to protect its economy. Switzerland on the other hand, was caught between the Brexit drama of the United Kingdom and the European Union. The country signed a post-Brexit trade agreement with the UK, while rejecting the framework deal by the EU, which incorporates all the existing trade agreements between the two (2) economies.